The roll out of the Nokia Belle Feature Pack 1 firmware update for the Nokia 701, Nokia 700 and Nokia 603 has commenced. The update, which is available over-the-air (OTA), includes new homescreen widgets, improvements to the notification bar, an updated version of the browser (8.2), an improved multi-tasking view, Dolby Digital Plus functionality, and increases the speed of the processor (on the 701 and 700) from 1.0 to 1.3GHz.  The update also includes a number of recent application updates, including Microsoft Apps (first phase) and Nokia Maps Suite 2.0.

Nokia Belle Feature Pack 1 is a bigger update that its name might suggest. While the cosmetic changes in the initial Nokia Belle were more noticeable, the Feature Pack 1 update delivers significant new functionality, noticeably improved performance and a whole range of updates and improvements to existing features and applications.

The software update increases the clock speed of the Nokia 701 and 700 processor from 1GHz to 1.3GHz, a boost of 30%. The result is improved speed for processor-constrained tasks.

While the increased clock speed will use some extra energy, and thus reduce battery life, the impact is unlikely to be noticeable to the end user, as the processor only uses a small amount of the overall energy consumption of a smartphone. Moreover, some tasks will complete faster, at which point the processor can power down into a low energy idle state.

A number of software optimisation have also been made that improve overall performance, memory management and graphics performance. These follow on from the initial Nokia Belle update and result in a broad spectrum of performance improvements in both the general user interface and applications.

The overall impact is to noticeably improve performance: scrolling is smoother, applications open more quickly (e.g. opening time for Office Suite cut by a second) and there are few pauses when using the smartphone.

New widgets in Belle FP1 include Clock mechanical, Images, Mobile data tracker, Music player small, and Offline on/off. A number of other widgets may also be added depending on whether you have previously installed various software updates or apps from Nokia Beta Labs (e.g. Lync, Mail new arrival, Maps Apps, My Location, Places nearby, Weather forecast, and Weather now). 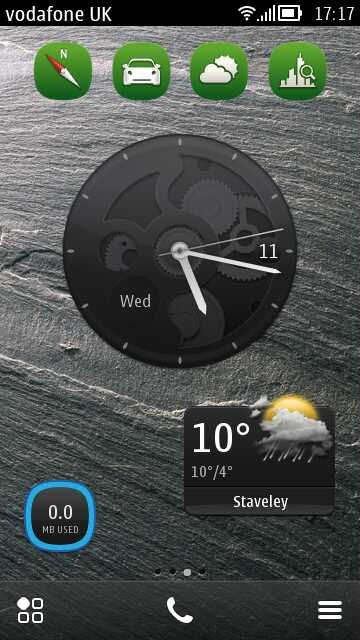 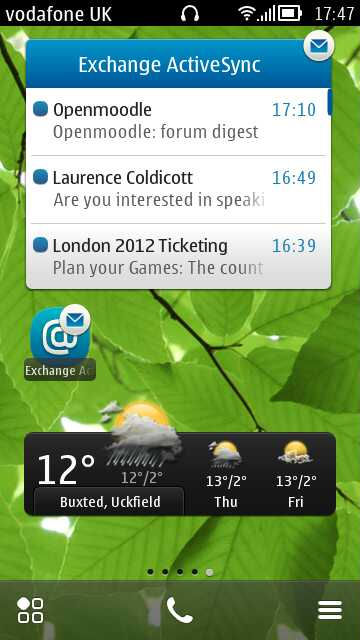 In Nokia Belle FP1, the multi-tasking view (long press on the home key) has been updated. The "live" screenshots used to represent each application are now free floating (not contained in a box) over the underlying screen and, rather than being square, are now rectangular. The "live" screenshots are also updated more regularly, with fewer blank entries. As before, apps can be accessed via swiping left or right and tapping on app. The overall impact is more visually appealing, but there's little or no impact on multitasking functionality. 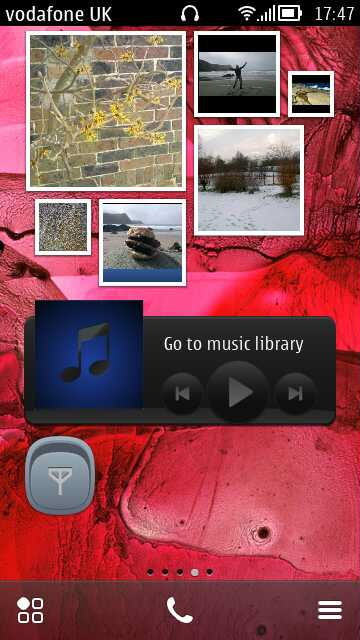 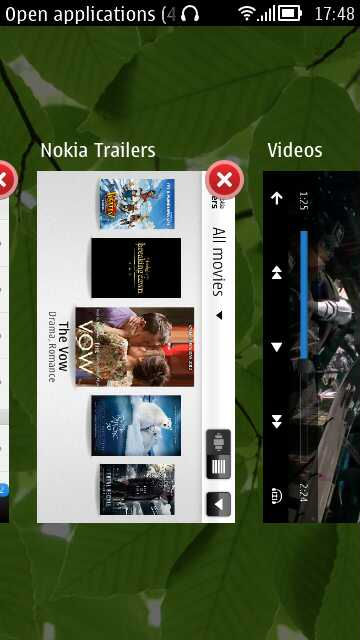 The default menu style has been modified; the menu list sits in a box with rounded corners and the menu item text is no longer in bold.  In addition, the "Cancel" button previously placed at the bottom of all menus has been removed.

The pull down notifications menu has been updated and improved. It is now divided between activities (e.g. WiFi, Bluetooth, Mobile network, NFC) and notifications (missed calls, text messages and other alerts). The advantage of this is that true notifications now sit together and are located above activity (status) information, a more logical layout, which should reduce the need for scrolling. A button to clear all notifications with a single tap has also been added to the panel. Unfortunately, notifications for incoming email are still not included in the panel, users will have to continue to rely on homescreen widgets for this functionality. 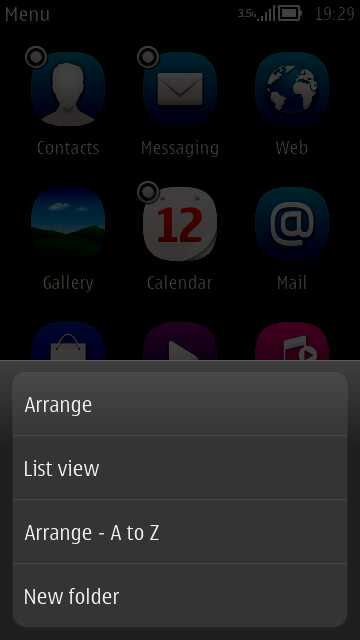 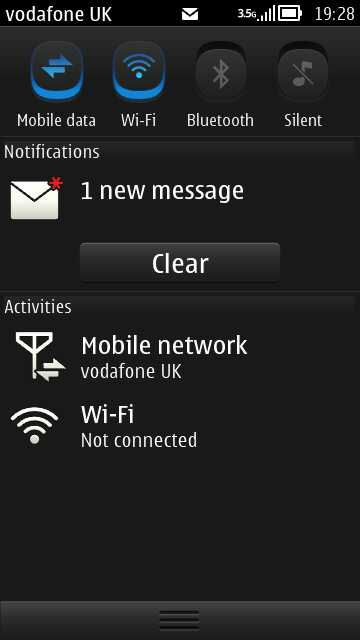 Dolby Headphone and Dolby Digital Plus

The difference is very noticeable and for most listeners will count as a very significant improvement (especially when watching movies). However, the software tricks used to achieve the effect may not appeal to audio purists. Dolby-encoded content can be downloaded through the Nokia Trailers application and, in due course, via the third party Voddler video-on-demand service. 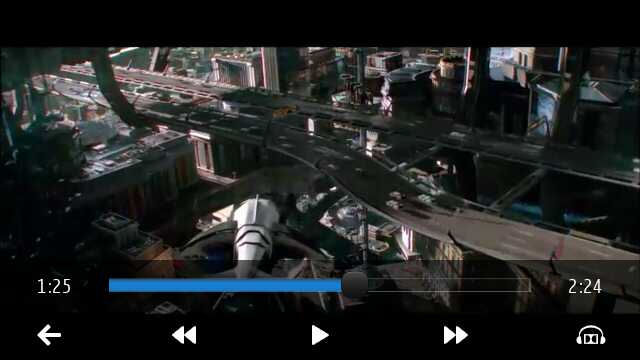 The Web (Browser) application is updated to version 8.2. The main improvements are better support for HTML 5, but there are a number of UI tweaks. The icon-based menu has been replaced by a text menu and history is now accessed through the star (favourites) icon, which along with the traditional bookmarks / favourites list, also houses a 'most visited sites' thumbnail view, in a tab panel. These changes streamline the user interface, making it easier and faster to get to core functionality. 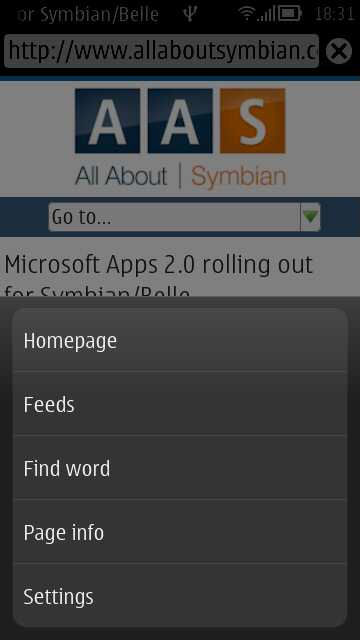 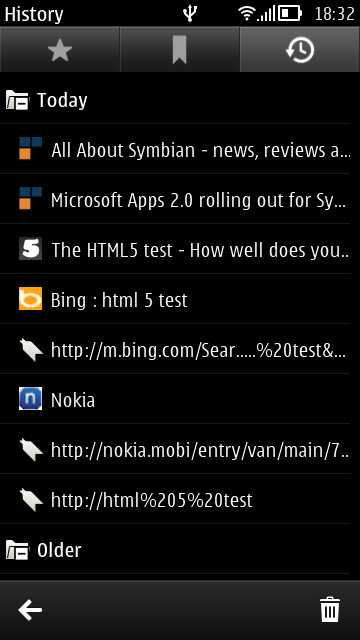 The new version of Web scores 226 (plus 9 bonus points) on the HTML 5 Test website; this compares with 164 points (plus 7 bonus points) for Nokia Belle (Browser 7.4) and 101 points (no bonus points) for Symbian Anna (Browser 7.2). The standard browser in Android 4.0 scores 273 points, Android 2.2 scores 189 points, iOS 5.1 scores 324 points, iOS 4.2 scores 227 points, but the mobile champion for HTML 5 is Opera Mobile 12 with a score of 369 points (plus 11 bonus points). In practice, this means Nokia Belle Feature Pack 1's browser HTML 5 capabilities are broadly equivalent to those of its competitors 6 months ago. For a browser that's traditionally lagged some way behind that's a very impressive result.

Overall browser speed and performance has also been improved, thanks to both software optimisations and the increased clock speed of the processor. The 30% boost in processor speed (on the 701 and 700) is at its most noticeable when loading and rendering "heavy" web pages, although in many cases the data connection speed / performance will remain the bottleneck factor. 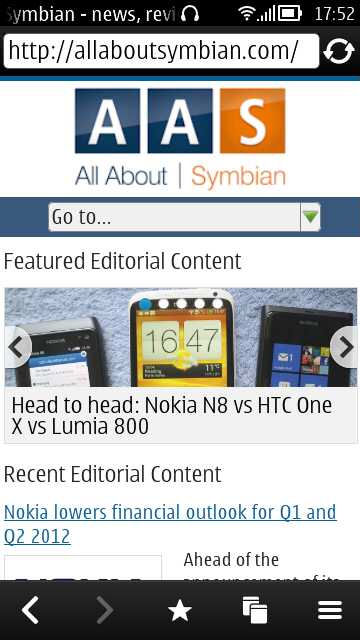 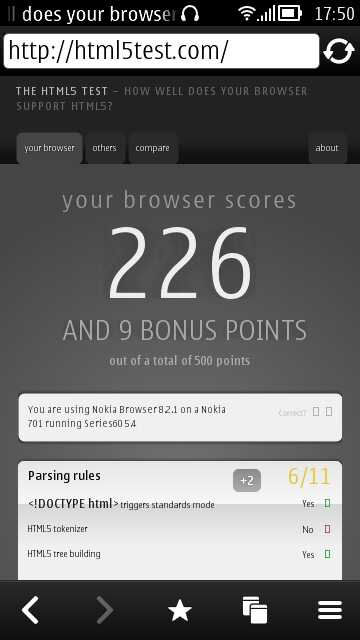 Currently the update is currently widely available via the over the air in Asia. You should be automatically notified when an update is available, but can check manually for an update by opening the Software update (Sw update) application. 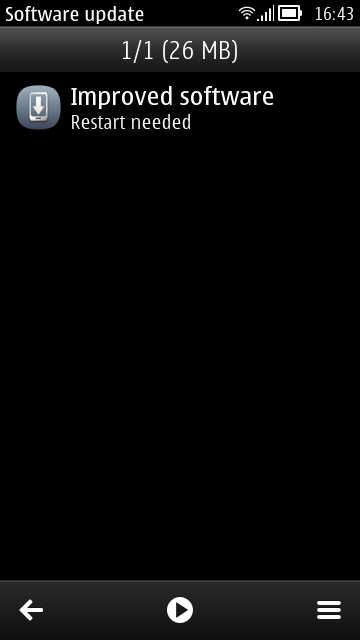 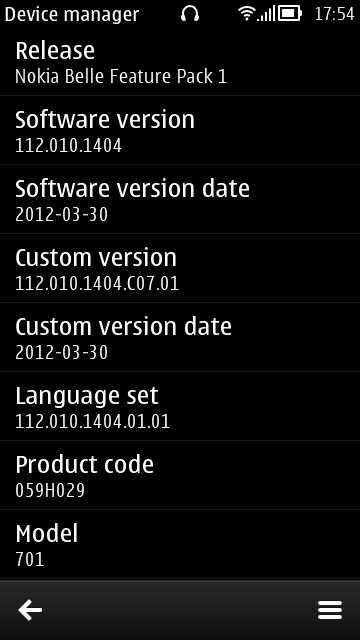 The Nokia 808 PureView will ship with Nokia Belle Feature Pack 1 when it ships in May. Currently, Nokia Belle Feature Pack 1 is not scheduled to be made available for the first generation of Symbian^3 devices (N8, C7, E7, C6-01, X7, E6). However, some portions of the update may be made available in a separate firmware update for these devices. The difficulty is that the first generation of devices have lower specifications, both in terms of processor and RAM and thus require additional optimisations.