Earlier this year, Microsoft and Nokia announced the forthcoming availability of Microsoft Business apps for Symbian Belle. The first phase of these (OneNote, Lync, PowerPoint Broadcaster and Microsoft Document Connection) are due to be delivered later this year via an over the air software update. The second phase, due to be released in the first half of 2012 and comprising native versions of Microsoft Word, Excel and PowerPoint, was being demoed, in an early beta form, at Nokia World for the first time.

The native versions of Microsoft Word, Excel and PowerPoint are being developed by Microsoft and Nokia. They will replace Quickoffice as the default applications for handling Microsoft Office documents on Symbian phones.

Office files can be opened directly from the file manager or emails. However, the easiest entry route is to use the Document Connection application.

Microsoft Document Connection collates all the files stored on your phone (local storage or email attachments) and on remote SharePoint servers (multiple SharePoint accounts are supported) into lists of files. The list of files can be filtered by date, type and person (by creator or email address). Specific documents can also be marked as favourites, making it easier to find regularly used files.

Tapping on a file will open it in the appropriate application. 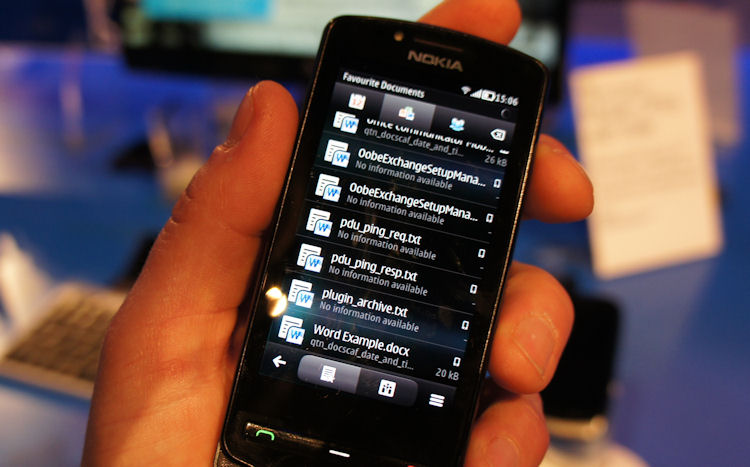 All the applications use the new Belle UI conventions and, as a result, benefit from both ease of use improvements and the extra screen real estate, while maintaining a standard look and feel. The applications support both viewing and editing. 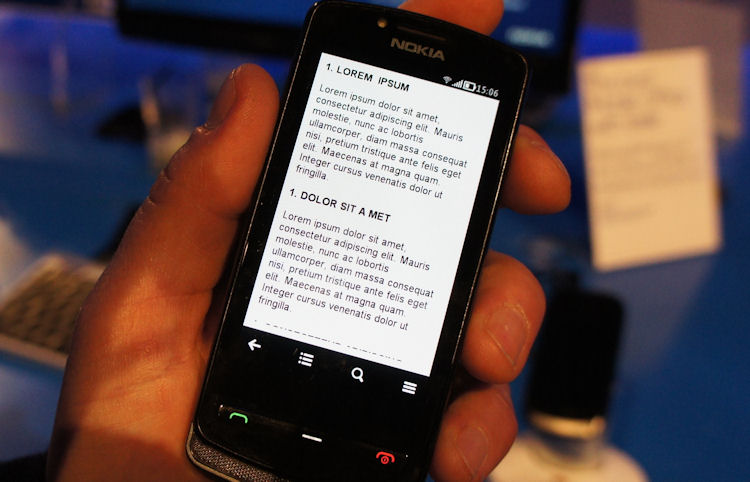 One of the notable features of the upcoming version of Excel for Symbian Belle is support for charts, as shown in the photograph below. 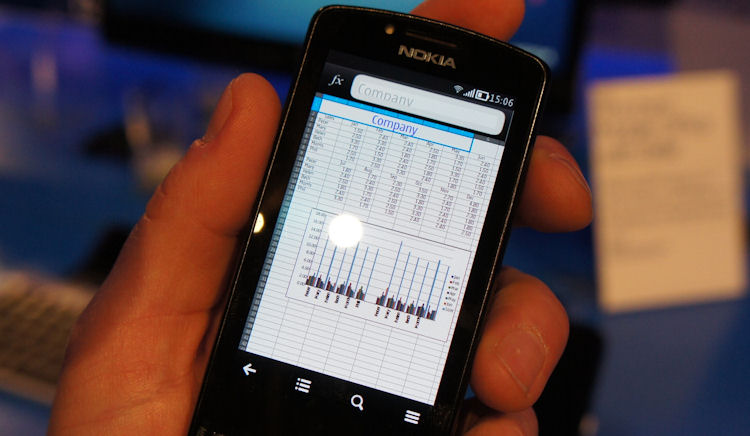 PowerPoint rounds out the trio of applications. As with Word and Excel, we expect there to be additional functionality when compared to Quickoffice. 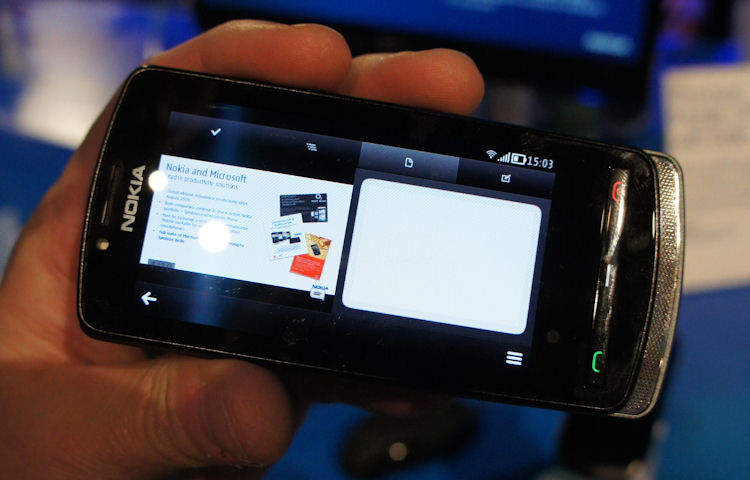