An update to Ovi Store application, version 2.08, is currently being rolled out, by Nokia, for its Symbian^3 devices (N8, C7, C6-01, E7). Along with improvements at the server-side, the update enables the automatic detection and provisioning of updates for applications that have already been installed. Users will be automatically prompted to download and install the client update when they next open the Ovi Store application.

In addition to application update functionality, there are a number of other notable improvements, including the implementation of device and market specific application rankings in the 'Top Free' and 'Best Seller' list, improved content recommendations and full support for Arabic localisation across all Symbian devices. 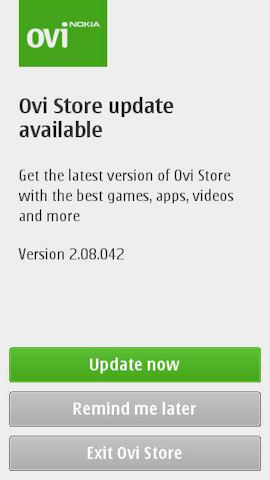 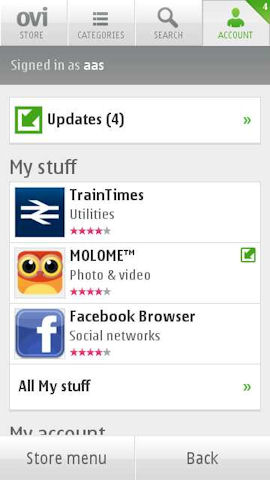 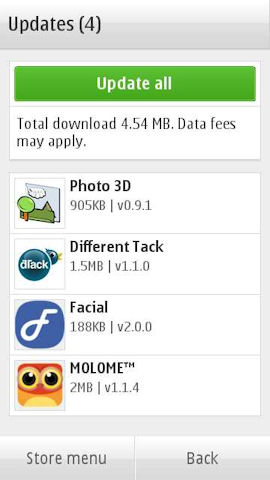 The update should help increase Ovi Store's download numbers and will encourage developers to release additional updates for their applications.

Ovi Store celebrated its second birthday on May 26th; it has come a long way since its launch. It has enabled re-downloads, improved search, improved client performance, improved client usability, and grown downloads to 5 million per day. Compared to a few hundred content items at launch, there are now around 23,000 Symbian applications and games available from Ovi Store and dramatically more if you include customisation elements such as themes, ringtones, videos and wallpapers.

There is still room for improvement, notably a more seamless implementation for trial versions (currently two separate Ovi Store content items are the only way to do this), allowing installs from the PC (e.g. via Ovi Suite) and improving the ability for developers to respond to (or correct) feedback and reviews.

Nokia have indicated that automatic application updates functionality will be rolled out for other device families (Symbian^1 etc.) in due course, but have not offered specific timing.

The update was first released around a fortnight ago, as version 2.08.035 in a limited number of markets (USA, India and others). However, this first roll out was halted, we assume after a problem or bug was discovered. The roll out has now resumed, with version 2.08.042, which is now available in the UK and other European countries.

Incidentally the first roll out date coincided exactly with the second anniversary of the launch of the Ovi Store service.