Ovi Store gets a refresh and new client - version 1.07

Nokia's Ovi Store has been updated, with changes to both the mobile client and the publish tool used by developers. The client for S60 3rd Edition and 5th Edition has been updated, from version 1.06(18) to v1.07(12). The key changes are the introduction of 'continuous' pages for content lists (behaving more like the Android Marketplace or Apple App Store), improved search and an updated category structure. The Ovi Publish tool has also been updated with changes to meta-data that developers would be well advised to pay attention to. Read on for more.

You'll be offered the new v1.07(12) client when you next try to access the Ovi Store. But it can also be downloaded by going to store.ovi.mobi. 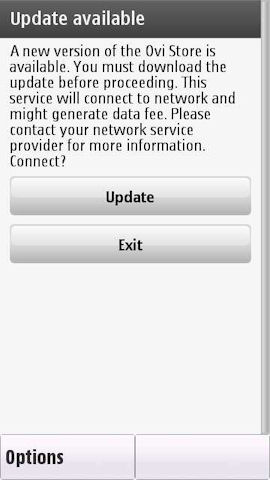 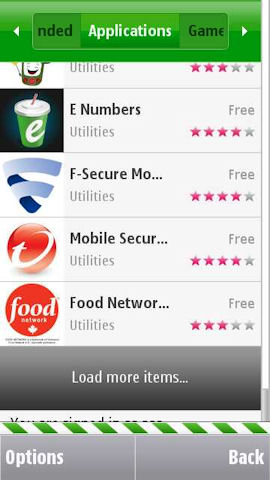 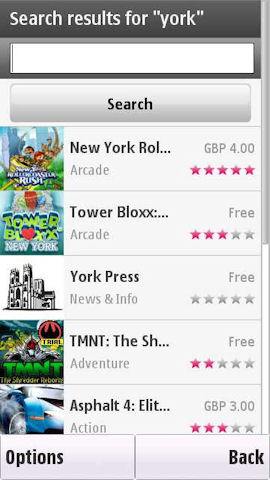 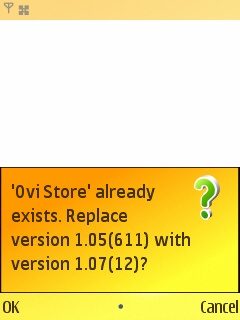 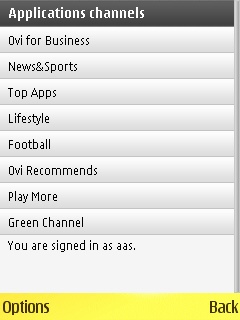 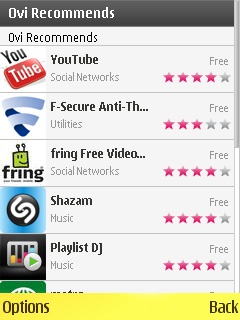 As part of the scheduled changes over the weekend, the Nokia Ovi Store client for Symbian handsets has been update to v1.07(12) STEVE_CONFIRM? .  The Ovi Store team have switched to adding in changes incrementally since the start of the year, but everything should be back up and running over the next hour or so.
There are a lot of smaller changes in the application, such as speed and UI improvements in the menus and better labelling of categories and channels.
One of the major changes is in search, and the Store will now search for a string inside a name. Previously searching for a term like "York" would not return an application called "New York" because searching only happened from the start of the name - this is no longer the case and you should be able to find named applications is much easier.
Casual users of the store will not notice any major changes and might be hard pushed to spot what has been improved, but there is a general feeling that the Ovi Store is now faster in use, provides more options when browsing for applications and continues to mature as one of the easiest ays to get software and media onto your Symbian smartphone.

Not specific to this update, but worthy of note, is the increasing usage of Channels within the Ovi Store to help improve the discovery of content (think of them as playlists of recommended applications). A good example is the Homescreen Apps channel, which makes it easier to find widgets that can be used on the the N97's home screen (also the upcoming Nokia C6 and N8). 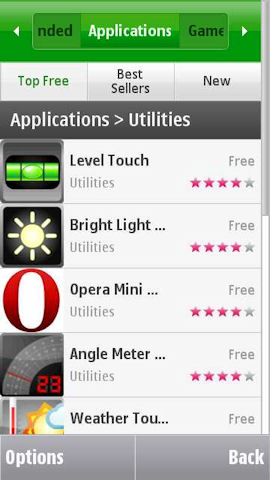 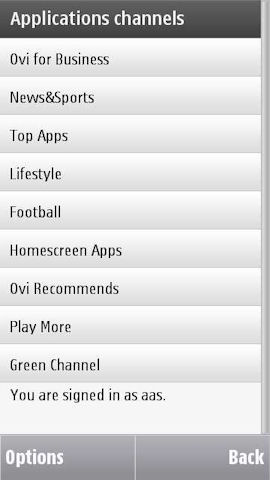 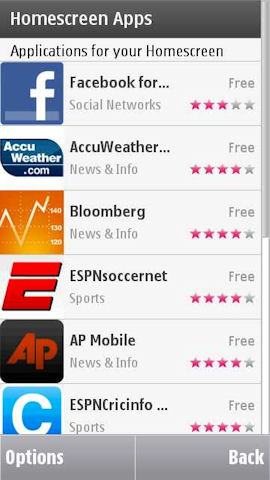 Coinciding with the release of the new mobile client is an update to the Ovi Publish tool that developers use to add content to Ovi Store. The update is focused around improving the meta-data (categorisations, keywords, related information, and so on) associated with each piece of content added to the Ovi Store.

Some of the changes include the addition of mood tags associated with their content, an update to the taxonomy of categories in the Ovi Store, and the addition of the existing keywords data to the search indexes.

Keywords and Mood Tags in the Ovi Publish tool

All of these changes are aimed at improving the discoverability of content in the store. Canny developers will be able to take advantage of this to improve their Ovi Store positioning.

A detailed post on the update to the Ovi Publish tool is available on the Forum Nokia blogs.