Nokia launch the E7, the next 'Communicator'

At Nokia World 2010 today, Nokia introduced the E7-00, running Symbian^3, a high-end hybrid (touch and QWERTY) device, with a clamshell form factor, that recalls both the N97 and Nokia's popular Communicator series. It is the new flagship for Nokia's enterprise-focused Eseries device category. The standout feature here is the form factor with its four line QWERTY keyboard. Also onboard is an 8 megapixel camera, a 4" 'Clear Black' AMOLED screen, 16GB of internal memory, integrated GPS and comprehensive connectivity options. The E7 will be available in Q4 2010 at a price of €495 before taxes and subsidies. Read on for pics, specs, opinion and some videos.

Billed as the ultimate business smartphone, the Nokia E7 boasts Microsoft Exchange ActiveSync support alongside a luscious 4-inch touchscreen display, which uses Nokia’s ClearBlack technology for improved outdoor visibility. The Nokia E7 also comes with a slide out four-row QWERTY keyboard making it the ideal mobile business device. Despite the addition of a full keyboard, the E7 is only a smidge deeper than the Nokia N8 at 13.6mm thin. The device also boasts an 8-megapixel snapper and comes complete with 16GB of on-board storage.

As a business device, the Nokia E7 comes sporting a raft of security features including business grade device lock and wipe functionality, secure intranet access and remote device management. These come alongside its connectivity and productivity prowess, with support for Mail for Exchange, Microsoft Communicator Mobile and Microsoft Share Point Server. Business folk on the move will also benefit from free walk and drive navigation thanks to Ovi Maps including premium guides from the likes of Lonely Planet and Via Michelin.

Like the Nokia N8, the Nokia E7 also boasts an HDMI connection and Dolby Digital Plus Surround Sound. With the 8-megapixel camera, users will be able to shoot and edit HD quality images (including 720p video) and sound. As a Symbian^3 device, users can customise up to three homescreens and get live updates from the likes of Facebook and Twitter live on their homescreens.

Those on the move will welcome the Nokia E7′s travel-friendly 18 days of standby time and up to 9 hours of talktime. The device, which will be available in dark grey, silver white, green, blue and orange will be available in the last quarter of 2010 and is expected to retail for €495 before taxes and subsidies. 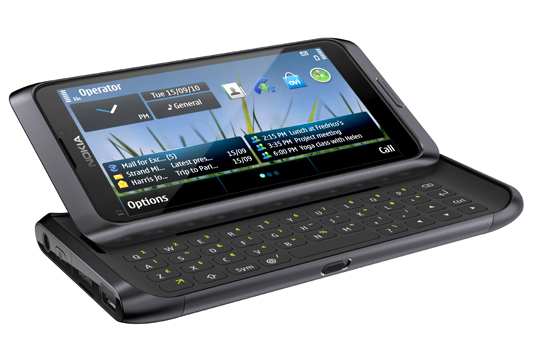 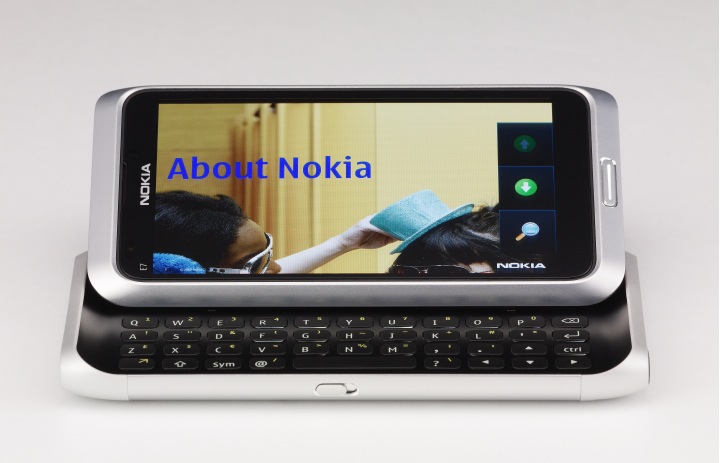 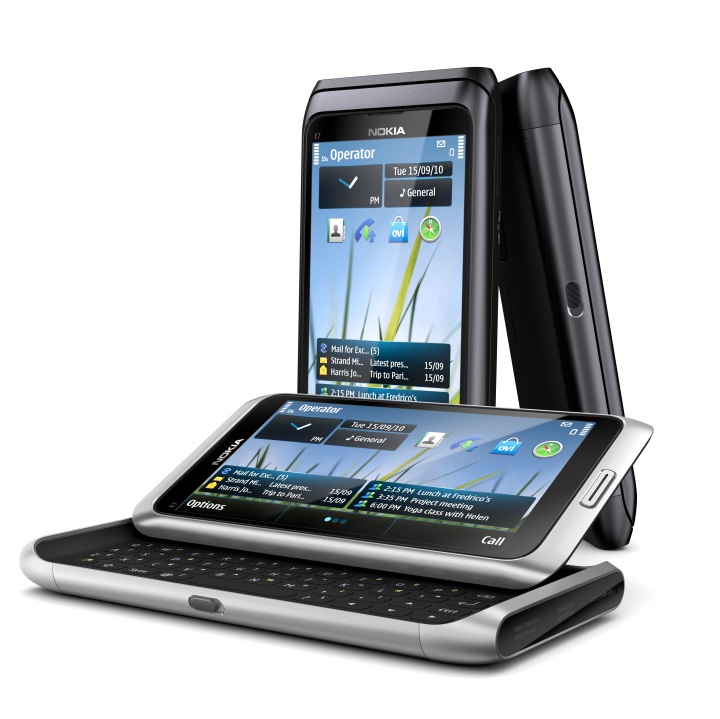 The combination of 4" 'CBD' (read 'improved') OLED screen and a full keyboard does sound very enticing, backed up by most of the innards of the top flight N8. I had a play with a pre-production E7 a while back and loved the overall form factor, with one caveat: the raised keyboard edges made thumb-typing on the edge keys a little awkward.

The screen mechanism is almost a direct lift from the N97 - I haven't heard of a single N97 (or N97 mini) hinge breaking yet, so, despite the apparent fragility, I'd expect this to work very well. Certainly having the display raised up at an angle fits in well with the 'desktop in your pocket' business focus and it'll make a good professional communications tool.

The continued use of the BL-4D 1200mAh battery is a worry though, as on the N8. I know there are power efficiencies involved with the new chipsets and Symbian^3, but the Communicator range has always featured the biggest and best batteries that Nokia make. In addition, the Communicator has always had a replaceable battery, giving the convenience of being able to swap batteries on the fly if needed. With its aluminium body, the E7 looks to be like the N8 and have a non-user-replaceable battery - which in my view is a definite negative point. Sorry, Nokia - this is one Apple-esque trend that I really don't like.

Along the same lines, not having a microSD slot is also annoying. Like many people, I'm used to carrying around a lot of media on a large microSD (16GB, in my case) and it's a real pain to come upon a device which doesn't accept cards.

Overall, do I want one, though? Heck, yes. It may be two (or even three) steps backwards from the E90 in some regards, but it's ten steps forward in every other department.

And here's another, fresh from Nokia's marketing dept. Inspirational or silly? Your call! 8-)

Filed: Home > News > Nokia launch the E7, the next 'Communicator'