In a late-breaking(!) addition to his extended Camera Nitty Gritty series, Steve Litchfield looks at the EDoF cameras in some of Nokia's S60 smartphones and compares performance to traditional focussing units. EDoF: a step forwards for convenience? Or a step backwards in terms of flexibility? 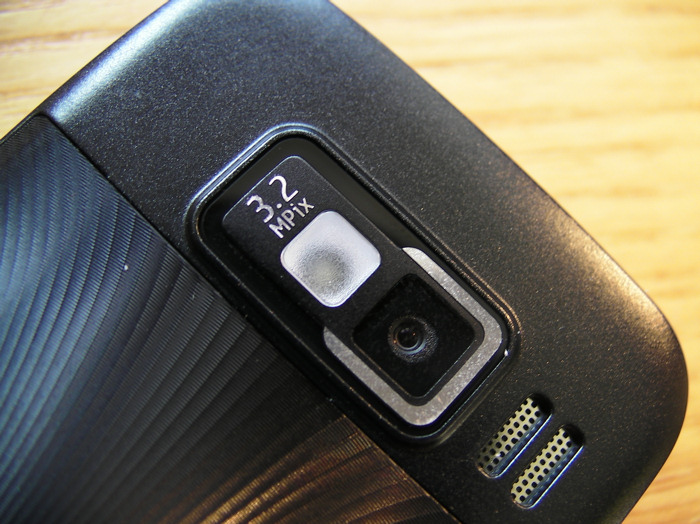 First introduced on the slim E52 and E55, Nokia has now used an EDoF camera again, on the upcoming E5, which will prompt questions as to whether such non-focussing camera can compete with traditional (bulkier) focussing units. Here I want to address how EDoF works and demonstrate its effects.

EDoF stands for Extended Depth of Field and is a new idea, borne of the digital age. Rather than having a bulky and expensive auto-focus mechanism, the idea is that a cheaper fixed focus camera can be dramatically improved by using a custom lens which has been designed to focus the different colour components of light differently.

Simplifying things slightly, a digital camera's sensor is typically composed of clusters of RGB (Red-Green-Blue) pixels - essentially electronic 'buckets' into which photons of light fall and are counted. In the case of an EDoF lens, constructed asymmetrically so that Red, Green and Blue regions of the visible spectrum are each focussed differently - the exact details are probably a commercial secret (but I'd guess at Blue being focussed closest, then Green, then Red - if anyone reading can offer hard data on this, I'd be grateful, and will build the info into an article update).

When an image is captured (effectively three 'photos', in this case, one for each of the RGB components), every part of the photo's viewing area is analysed, in turn, with the sharpest of the RGB images for each individual part determining the detail used (for that part), with the other images supplying appropriate coloration. Then it's onto the next part, in turn. The exact size of each 'part' is also a commercial secret but is likely to be in the order of 10 by 10 pixel squares. Here's an example of the output (taken on the Nokia E55): 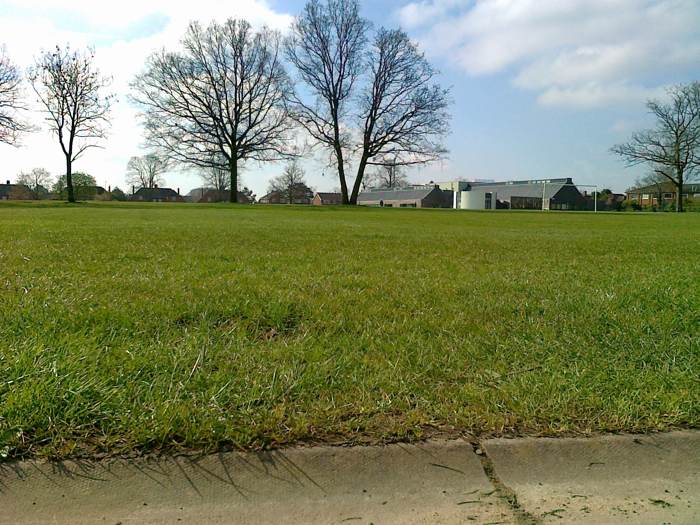 This all sounds like a huge computational headache, but this is the sort of repetitive task that can be handled in custom electronics in the camera unit very quickly indeed - the EDoF calculations actually happen in a tiny fraction of a second. In this way, the normal depth of field for a 'fixed focus' camera is effectively extended and objects a metre or so away can be captured fairly sharply, something which wouldn't be possible with a vanilla 'fixed focus' camera, for which everything closer than two or three metres is blurred. There are advantages too, for users of casual ability, on phones with smarter, auto-focus cameras, i.e. there's less chance of messing up!

To illustrate the depth of field again, in comparison to a familiar camera setup, let's consider the 3 megapixel cameras in the Nokia E90 and E55, the latter with EDoF. The subject is a daffodil, around a metre away, with other flowers behind and buildings about 20 metres away. Here's the traditional shot from the E90: 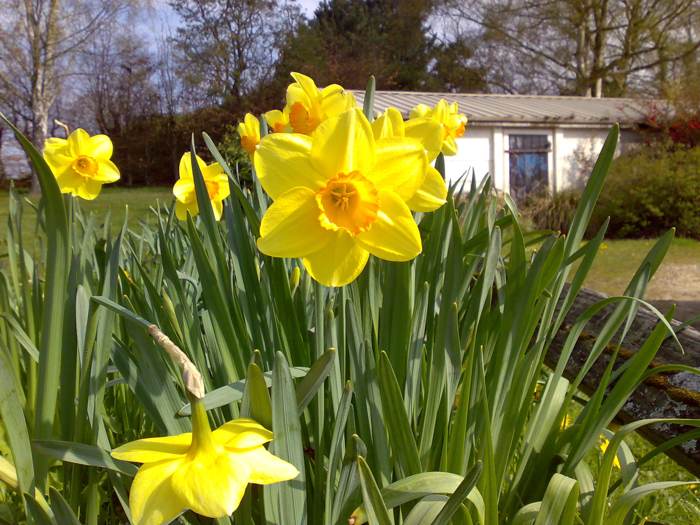 As you can see, the flower's nice and crisp, but the buildings and background are out of focus
- as you'd expect for a focussing camera - only one thing can be focussed on at a time, or at least a
number of things within a certain range of distances - the so-called depth of field 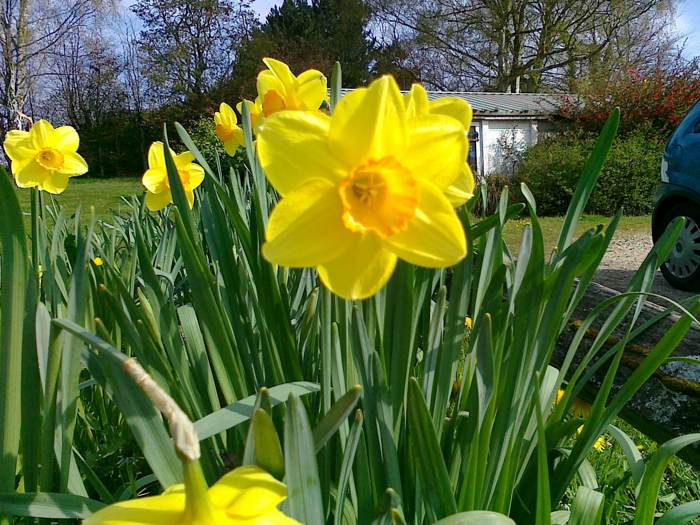 ... and here's the E55's EDoF shot. As before, almost everything's now 'in focus'.
It's a trick in software, to be sure, but it really works well. The depth of field for Nokia's EDoF cameras seems to be from
about 1 metre to infinity. The central daffodill here is a little blurred, I'm right on the lower edge of the depth of field.

Here's another good example photo from the Nokia E55's EDoF camera, showing absolutely everything crisply, whether close up, mid-range or far-off. 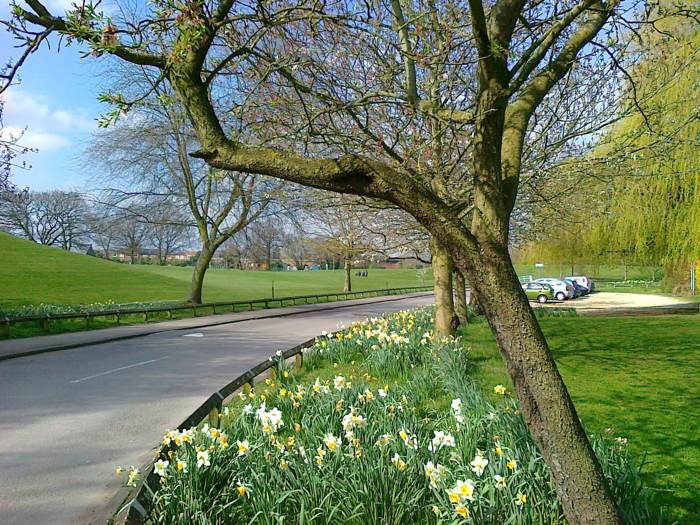 Again, the raw lens itself is only doing the work of a traditional fixed focus lens - with focus point set
around 4 or 5 metres away and with depth of field from about 2 or 3 metres to infinity. But the special
EDoF lens coating, allied to the compensating electronics, mean that the depth of field is 'extended' to
'1 metre to inifinity' - moreover, many parts of the image will be much sharper than those from a traditional
fixed focus lens. So there's a double benefit to going EDoF.

The extra image processing can't work miracles however, and once the light levels go down (say, in the evening, or indoors) you get the same reduction in depth of field, the same sensor noise and the same blurred subjects as with any other small-lensed fixed focus camera. It's also worth noting that because the lens is fixed focus, there also can't (by definition) be a 'Close up' (or 'macro') mode, so anything closer to the EDoF camera than about half a metre is destined to stay blurry and out of focus.

Taken from the original E55 review, here are some more sample EDoF photos - click on each to download or enlarge them. 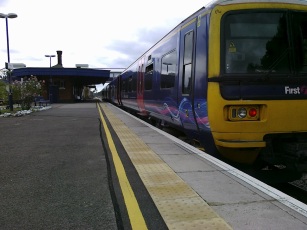 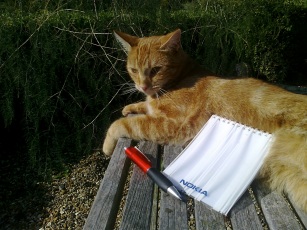 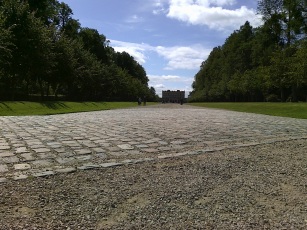 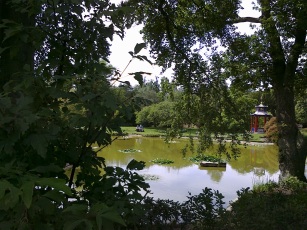 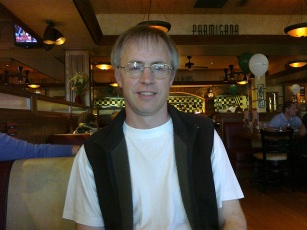 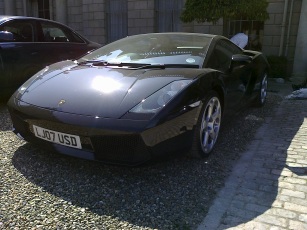 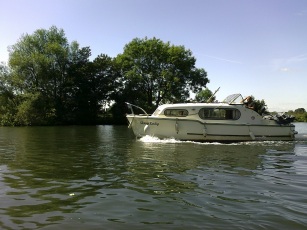 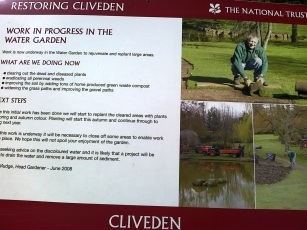 In passing, I think Nokia's use of an EDoF camera on the upcoming E5 is a smart move - the mechanics of focussing were always a problem on an always-portrait device and this way there's no explicit focussing needed. In addition, the camera unit can be smaller, which avoids an unsightly bulge on the phone's back.

And, given the lack of camera skills of 90% of the population (really), I'd wager that the EDoF images from the E5 will  turn out a heck of a lot better than the 'focussed' ones from the likes of the much more expensive E72!