Ovi Store Goes from 3 star to 5 star experience, and more

Nokia have tweaked the Ovi Store with some changes that should prove popular to most users; clearer information about the content you are browsing, more stars when rating applications, and review devices noted. Read on for more about these changes, including screens and info on a new Ovi Store client. 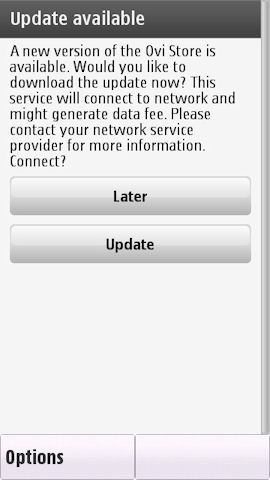 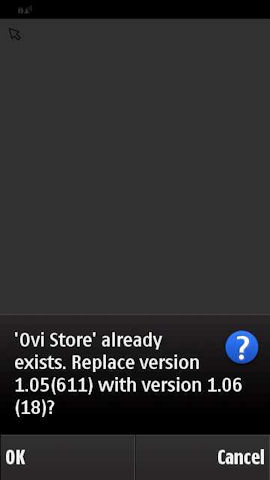 Before you start to play with the new store format, you'll need to accept the Ovi Store client's promptings for the download of a new client, v1.06(18). This installed and worked first time on the editorial 5800 and N97, as you'll see below.

Here are the major changes to how the Nokia Ovi Store now works: 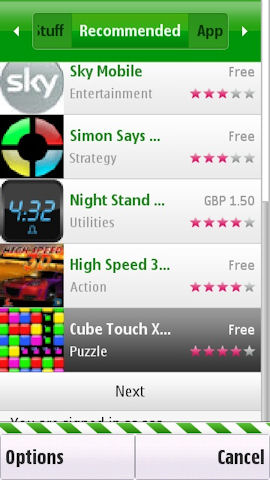 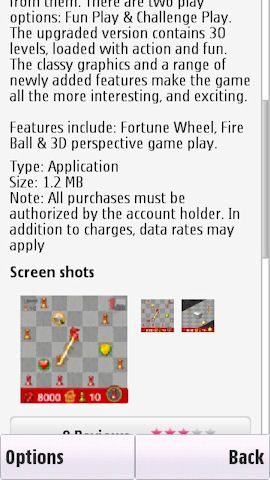 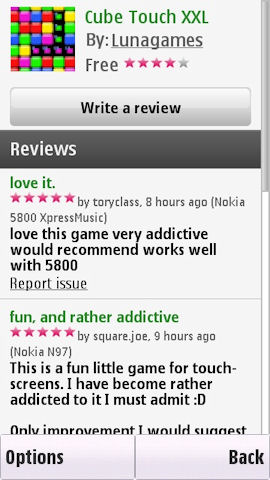 There are also changes to the desktop-based version of the store, mostly in how a user chooses their phone – the previously employed spinning carousel of phones looked pretty, but the store has now moved back to the easier-to-understand grid of phones, or as Nokia politely put it, “cleaner than our previous… interface.” 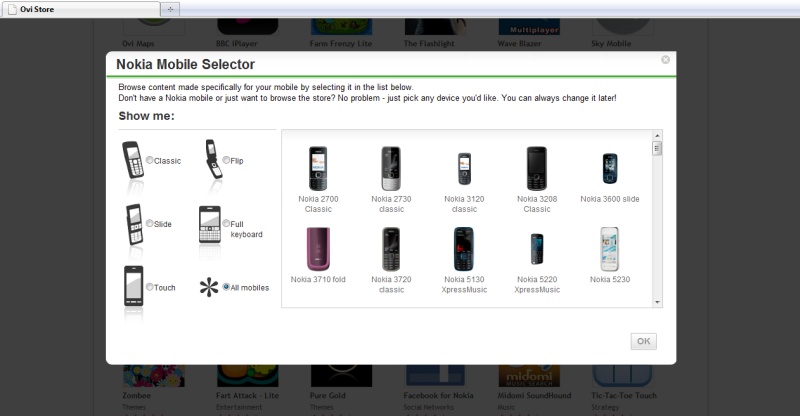 There is always work to be done; personally I’d love screenshots that are fully representative of the content, and not just a square of some graphics (has there ever been an S60-based Nokia with a square screen? - yes - what about the 5500? - Ed), and of course, while it’s easy for the Ovi Store to realise it has a newer version of itself available, there’s no method (yet) to push a new version of content available through the store to users who have purchased something. Given the lifecycle of most serious applications, this is fairly crucial to long term user satisfaction, ensuring as many people are using the latest bug-fixed versions as possible.

This is a welcome improvement to the Ovi Store, which has had a rough few years of life from the critics and commentators. The recent announcement that it is shifting 1.5 million downloads of content per day and that adoption is on a strong upward curve, mean we might be over the difficult teething troubles and into a solid growth stage.

More on the changes at the Ovi Blog.