As previously reported, the third party Soundcloud client for Symbian, MusiKloud has now achieved 'sentience'. Or, at least, along with a number of other Symbian applications, can check for updates and initiate downloads of the same outside of the Nokia Store. The version just published in the Store then, is the very last to be hosted there. In 2014, users will buy from there and then update independently.

According to the developer's web site:

The final Nokia Store update for MusiKloud has now become available for Symbian, and the MeeGo-Harmattan version is currently awaiting QA approval. Both versions now have an OTA update feature, thus enabling future updates after Nokia Store closes its doors to new applications and updates at the end of the year.

Good stuff. You may remember the developer's intention to make both CuteTube and MusiKloud free for 2014? This is still planned, probably around the time of the first OTA (Over The Air) update to the clients released this month. Watch this space for installers for these, sometime in early 2014. 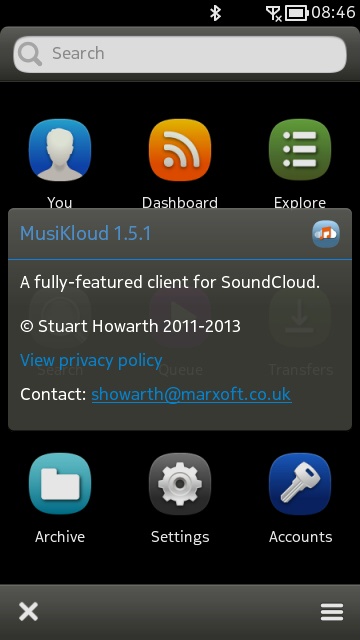 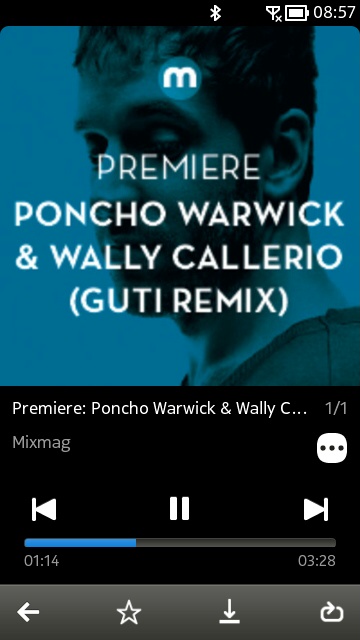 The icon-driven interface is recognisable from CuteTube, of course. 1.5.1 is the latest, with the in-app-updating; (right) playing a track from SoundcCloud.... 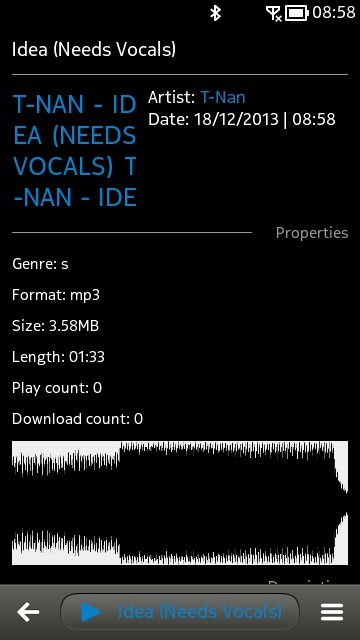 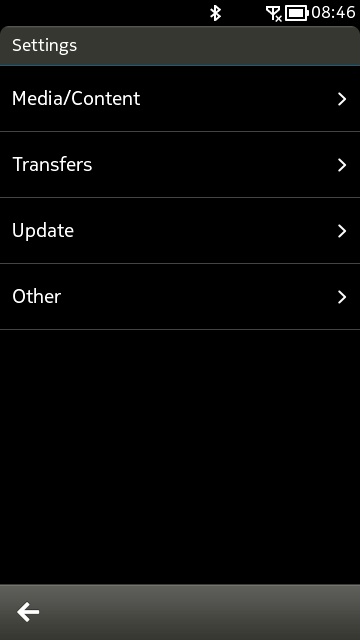 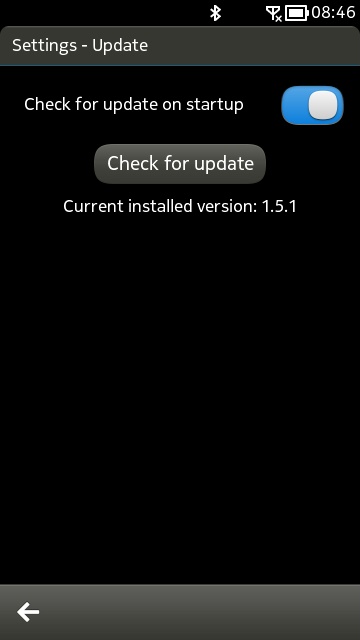 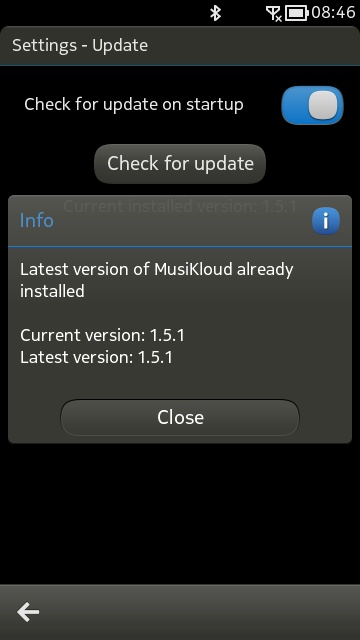 Update checking, which will keep MusiKloud going well into 2014 and beyond.... The default is NOT to check on startup, so you'll want to flick this on, as I did here.

In the meantime, you can buy or update MusiKloud here in the Nokia Store, anyway. Enjoy!