Google Maps on Symbian has something of a chequered history, from its first release as a Java app to a native Symbian application to the rise of Google's own smartphone platform (Android) and the eventual cessation of updates (the last one, adding StreetView, was in 2010), followed by periods of sporadic unavailability from Google's sites. Since then, there's a feeling that compatibility with Google's Maps servers has been on borrowed time, culminating in today's news that detailed address lookups and StreetView access in the Symbian client has started to stop working on a large scale across the world.

Such news was inevitable, really. Google Maps on Android has been through so many updates and there must have been significant server-side changes too - in fact, it's a miracle that Google Maps has kept working as long as it has.

Until this week, Google Maps v4.1.1 from 2010 was still working 'fine' on Symbian (albeit without Symbian^3 niceties like multi-touch zoom), but I and others have noticed failures in address look ups. Here are some screens and comments: 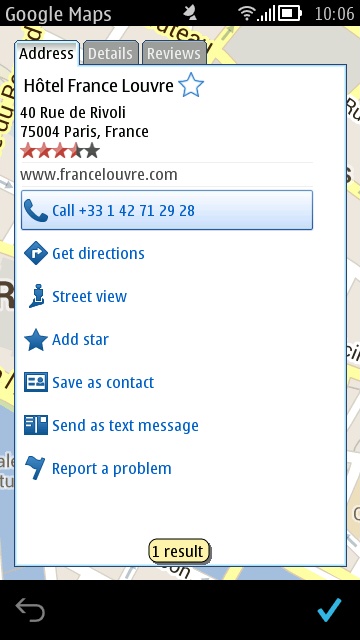 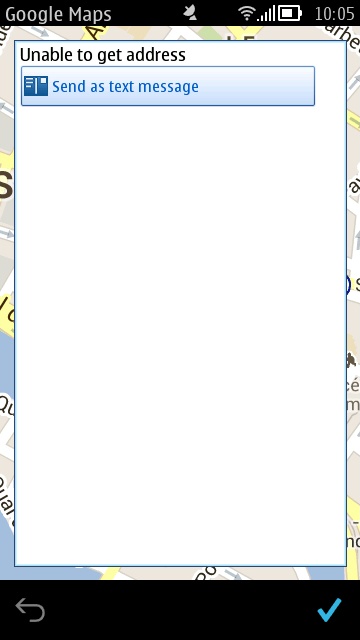 Left, what should happen for any supported country (I tried the USA, France and the UK) when you tap and hold on any road on the map - there should be a summary thumbnail and then tap on this to see the screen shown here, with full details. Including the unique StreetView.

Right, what happens now. Long-tapping on the map gives just a thumbnail from a generic spot vaguely nearby (as shown also below), followed by this error message. 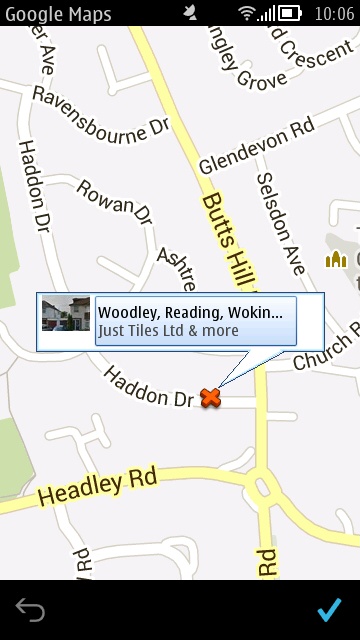 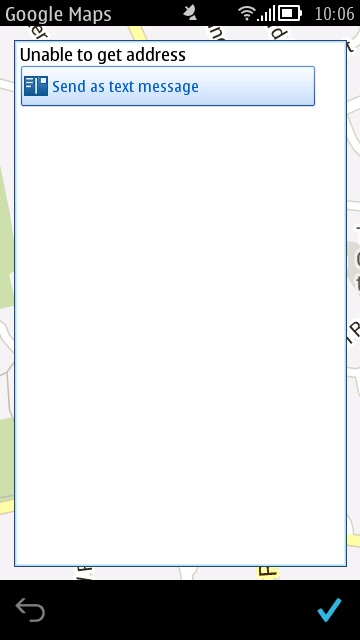 Let's try that again with a different spot, in a different country. Long tapping a road brings up a generic thumbnail for my area rather than this specific road/address. And again (right), tapping the thumbnail gives the error message.

Update: the disconnect is definitely at the search/discovery end rather than a fundamental incompatibility with the StreetView servers. If you search for an address by name and then tap on the pop-up, the full pane, with StreetView does still appear - and work. Curious!

Of course, one might well ask whether lack of Google Maps is a showstopper for Symbian users - probably not, given the excellence of Nokia Maps and the continued improvement in Nokia's online places of interest catalogue and regular road map updates.

However, Nokia doesn't yet have a phone-side StreetView clone - and if one appears then it's highly likely to be on Windows Phone only. Making this inevitable break in Google Maps compatibility for Symbian a little sad. Comments welcome.