Ewan looks back at the life of Nokia's original software and service platform... the N-Gage.

Born October 7 2003, Helsinki, Finland to a proud parent company, Nokia, the N-Gage had a difficult birth as it struggled to overcome physical defects that, while revolutionary in vision, left many people wondering what had happened during the design and testing period of the initial handset – concerns that would be repeated throughout the life of N-Gage. Setting high expectations and a high price, the initial N-Gage service was built around a phone, also called N-Gage, that was briefly the highest specification consumer smartphone on the planet. 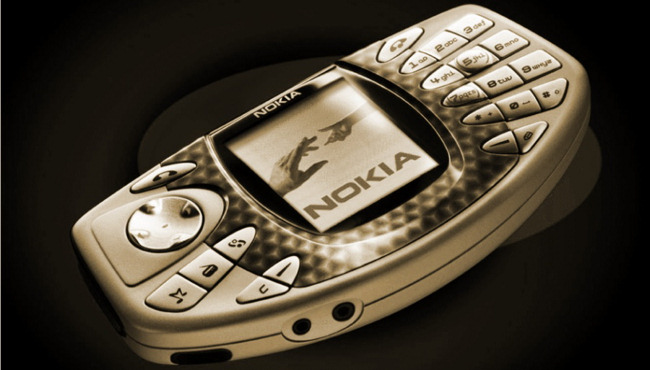 Unfortunately, very few people could look beyond the speaker and microphone on the edge of the machine, leading to the N-Gage being called Taco for most of its life as people discovered “Side Talking”. The initial impression and the subsequent release of almost no games left its parents no choice but to opt for reconstructive surgery.

Given a new name for a hopefully new life, the N-Gage QD brought respectability to the name, but not the mass market success of six million devices that was hoped for. Nokia stood behind their plucky youngster and continued to pour funds both at the device but also at developers to create new games for the portable gaming smartphone.

A prized franchise, Snakes, was brought over from the regular phone line-up to bolster N-Gage in the winter season of 2004. In a bid to show what the platform was capable of, the game was released for free and in the process showed that N-Gage could deliver. But it also showed flaws in Nokia that are still there. What should have been a launch title was delivered to a platform where the public had already given up, and the press had made up their mind.

Why, they asked, was a phone company dabbling in software? No game developer would work on a platform where piracy was rife and every game was available online for free. Which is exactly what Sony and Nintendo have to do now. Nokia, yet again, were blazing a trail and showing us the future.

And after a ropey start, the games were arriving with style. The classic turn based war game Pathway to Glory handed gamers something genuinely new and exciting; while Pocket Kingdom built up a huge following of RPG fans as they played in a game that connected every single one of them to a single world – in the same month as the first version of World of Warcraft was released.

Unfortunately, this triumvirate of titles was the peak of the original N-Gage software catalogue. A decision to focus on gaming on all smartphones, as opposed to dedicated hardware, accompanied the appointment of Gerard Wiener as the Director and General Manager for Games at Nokia.

The fans were kept engaged with titles such as One, Rifts and Settlers of Catan, but the N-Gage hardware and its portfolio of 58 games was stood down and placed into hibernation in November 2005.

In public, little was said about the N-Gage, which stumbled to sales of around two million handsets. But in private N-Gage was looking to mature and make itself available to the huge number of handsets that ran the Symbian OS-powered S60 interface. Announced during the E3 gaming conference that year (and then again in 2006), it would take 18 months for the public to see the N-Gage service.

Named “The Next Generation Gaming Platform”, it reached public beta in February 2008 on Nokia's N81 device, to be followed by the N82 and N95 variants.

Unfortunately, similar flaws in execution from the Finnish parents were evident. The number of handsets that had the client was far lower than the devices which had the same specifications to run the client and software, and promises that a number of devices would run the client were broken after months of silence on the issue.

And both the public and the press could not forget what the original generations of the N-Gage had been like.

Other issues, such as the inability to re-download the games purchased when you changed handset were never addressed, even after 18 months of questions and an investigation from All About N-Gage and BBC News.

Again a number of strong games were available, although the majority of the critically acclaimed games were those commissioned as first party titles by Nokia.

These Nokia games showed what the platform could do, as fighting game One resurfaced and won the best 3D Mobile game from the International Mobile Gaming Awards; Dirk Dagger won best gameplay; and Hooked on: Creatures of the Deep was nominated for best gameplay. Reset Generation redefined what a mobile connected multi-player game could do and gathered Nokia (and designer Scott Foe, who was also behind Pocket Kingdom) a huge amount of critical acclaim.

Yet the majority of games were perceived to be little more than ports of java titles with community scoring features grafted on top of the game mechanics. Look behind the money Nokia invested to those developers who wanted to make a living from the platform and it was hard to see where success would come from.

On the community side, Nokia struggled to communicate with users, and while a forum and blog were set up, there was little interaction beyond one or two staff members tasked with caring for the community. As long periods went by where no games were released and no information was offered by Nokia, the community and those looking on could see a gaming system that was slowly, painfully, willing itself not to die.

It was ultimately unsuccessful. Developers drifted away, new S60 handsets had problems running the client software and N-Gage's parents moved on to another digital download store and other online services where it hopes it can service a community better than the gamers that stood by it since 2003.

With a short announcement today, the first combined software and service from Nokia in Finland has now run its course. It is hoped that the George Mallory-esque trail blazed out by this early pioneer will be succeed by an Edmund Hilary in the near future,

N-Gage died with no direct relatives, but is survived by one cousin (http://store.ovi.com/) and has left its influence in friends such as the Apple iPhone Store, the Sony Playstation Network and others.

Thoughts and well wishes can be left on the community site until a final service on September 2010. No flowers, please send donations to the UI designers of the Ovi Store.

I've made mistakes and its no disgrace,
the final page that I can't erase
even though I look back on my past,
could have loved you more could have made it last
Time has changed me I hope you'll see,
no one could bring your love to me
The fork in the road looks more like a knife,
when the cards have been dealt and pains in your life
my time has come there ringing the bell,
so long my love, goodbye and farewell.