The Nokia N95 'a high point for Symbian'

GSM Arena does love its 'flashback' articles. And it does a good job of summarising the various tech and devices on the whole. In the linked article, it flashes back to 2007 with the arrival of the best selling Nokia N95, running S60 3rd Edition on top of Symbian OS, set against the context of the first Apple iPhone, which was extremely limited in its first few years but was prevailing by 2009/2010. There are a few debatable points below, but the article's still worth a read. 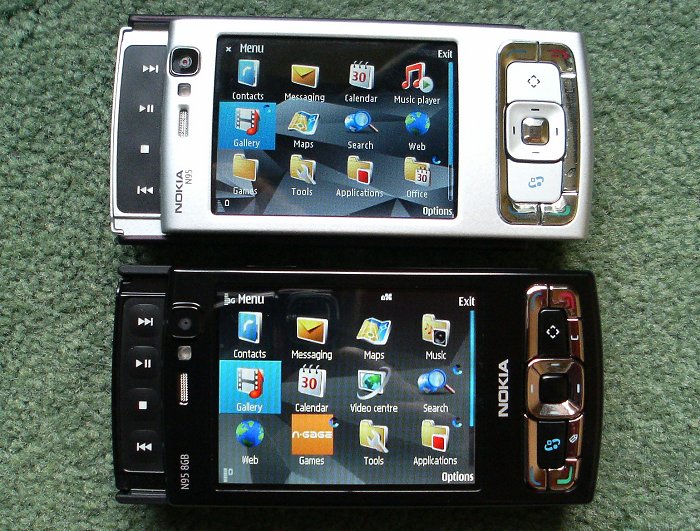 (GSM Arena also looks ahead briefly to the Nokia switch to Windows Phone, which is why I'm cross-posting this to AAWP)

This was around the time that the original iPhone was introduced and while Apple stunned the world with the carefully thought out user interface built around a capacitive multi-touch screen, the smartphone capabilities were lacking at best.

Remember that the Apple App Store wasn’t introduced until the following year, Steve Jobs and company initially bet on web apps only. The iPhone had no GPS and its 2MP camera couldn’t record video at all, let alone match what the N95 was capable of.

The 5MP camera with Carl Zeiss Tessar lens produced stunning photos. It was the subject of one of our earliest shootouts when we compared it with the Sony Ericsson K850, another famous camera phone from that era.

Some good points are made along the way:

The Nokia N95 even provided something of a desktop experience – the 3.5mm headphone jack could also output Composite video so you could connect it to a TV and edit your documents on a large screen.

Today we have desktop modes from Samsung and Huawei, stock Android 10 has a not-quite-complete implementation too. The N95 offered similar features, though perhaps it suffered from "ahead of its time" syndrome - people just weren't ready to use their phone as a desktop replacement.

And the article concludes with:

There was a built-in GPS receiver and Nokia Maps, which was one of the best apps at the time. Turn-by-turn navigation was a paid upgrade, however. Nokia would make navigation free on its phones three years later, but that only when Symbian was starting to get pushed out by other smartphone platforms.

And the Symbians did get pushed out. Initially, the Nokia N95 was outselling the iPhone, but before 2007 was even over the Apple phone came out ahead.

We feel that the N95 was the last “hurrah” for classic Symbian. As we’ve discussed before, Symbian’s transition to touch with the 5800 XpressMusic was hardly smooth (and yes, we know about UIQ, but most of the market didn’t pay it much attention). We did get the Nokia N8 and 808 PureView, which were spiritual successors to the N95, but we’ll go back to those two another time.

As great as those were, Symbian was dying (or to quote a certain former Nokia CEO it was a “burning platform”) and the gamble on Microsoft’s OS didn’t pay off. The Nokia N95 in 2007 was both a high point and the beginning of the end for Symbian.

It's a good article, but the Nokia N95 shouldn't be taken standalone and its sister devices (N96, N85, N86, et al) were still all conquering in 2007. At the end of that year, despite six months of iPhone sales, Symbian's smartphone world market share was still 50% (from a high of 73%). The real pivot point in the industry was 2008, arguably, with the iPhone finally getting an application store, GPS, and copy/paste. And then by 2009 the future of smartphones was cast - touch all the way and the fledgling Android was hastily recast from a Blackberry clone to an iPhone-like touch-first experience. Even Symbian went all touch (again - I'm not forgetting UIQ and even Series 90) with the ill-fated Nokia 5800 and S60 5th Edition.

But yes, the N95 was the point at which the tech world stood up and applauded en masse - it was the first time every required function was shoehorned into the phone and no helped gadgets were needed. No GPS. No camera. No stereo music player. I had both N95 variants and they knocked the initial iPhones into a cocked hat in terms of what they could 'do'. But ease of use and a flashy UI ultimately proved more addictive than hardware capability and 2010 onwards saw the quirky Symbian^3 handsets, the Nokia N8, E7 and then the mighty 808, Symbian's 'last hurrah'...