It lives - 'Symbian World' CFW for the Nokia N86

Proving that nothing really ever dies, a team out of Russia has been working on custom firmware for the venerable Nokia N86 - and has produced a 'Symbian World' themed OS - you know, with the cute Symbian cartoon imagery of recent (well, 2010) times... See below for details and download link.

We finally released very stable and quite deep mod of Nokia N86 FW. Non touch Nokia phones have far too few good Custom FirmWares (CFW). So our group Symbian_Zone in Russia is still trying to use this phone to the max. :)

This CFW is very clean, all dead Nokia services are deleted, and the CFW has many important fixes like built-in SHA-2 certs for normal web browsing, officially updated library, Nokia Maps, N-Gage and others.

Also, an optional ROM Patcher used. So you can use official software and unsigned packages too.

This is the first CFW from our Symbian_Zone: Symbian World series. Also, we finally understand how to calibrate the core in Symbian 9.2 phones, so the next CFW will be done for the Nokia N81-1/N81-3 (Nokia's N-Gage 2.0 flagship) and a few more. 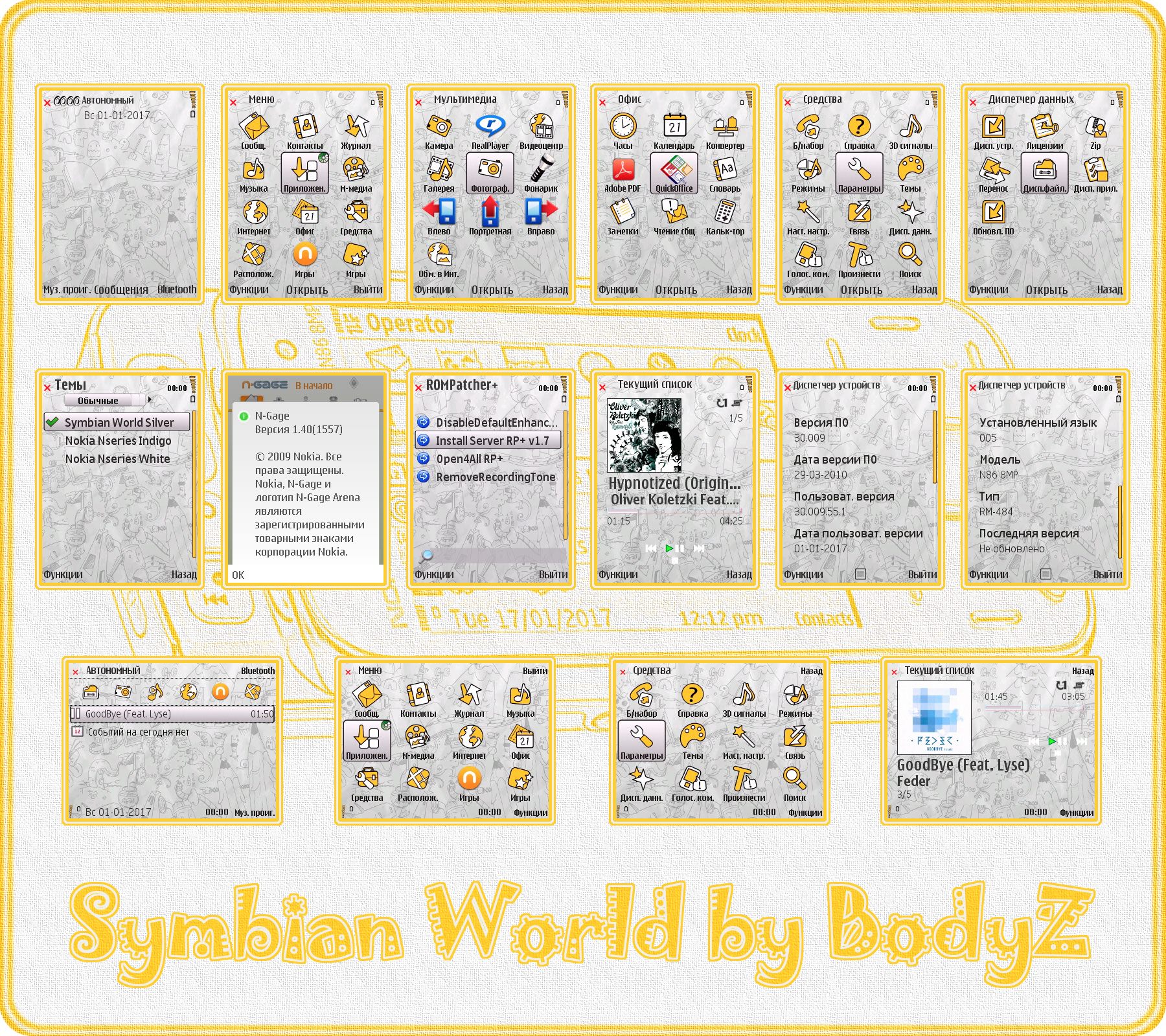 There's a detailed changelog, though here machine translated from the original Russian:

You can download this firmware here on the AAS server. It's assumed that you know how to use Phoenix and the requisite flashing tools. If you don't then.... best stay away!

THIS ARTICLE IS SUPERCEDED by the new firmware here.