RIP Nokia Internet Radio; like a phoenix from the ashes comes cuteRadio

Microsoft's ongoing absorption of Nokia is gradually being felt in the shutdown of some services which Symbian users have relied on for ages. June 2014 sees Nokia Internet Radio going to way of the dodo. But fear not, because brand new in the AppList Store for Symbian is cuteRadio, more or less a drop in replacement for Nokia's old service.

From the AppList description:

cuteRadio is a user-friendly internet radio player for Maemo5, MeeGo-Harmattan and Symbian.

Feature include:
- Around 30,000 stations included. Stations can be edited, and additional stations can be added manually.
- Search stations and browse by genre, country and language.
- Access recently played stations.
- Add stations to your favourites.
- Sleep timer.
- Network proxy.

As usual with Internet Radio directories, there are quite a few 'misses' in the URLs and resources specified, around 30% of the stations I tried were either off air or there was a server problem of some kind. But cuteRadio did, on the whole, work - and this is only the very first version! 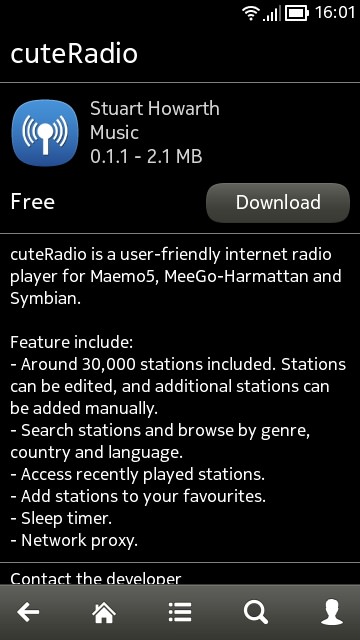 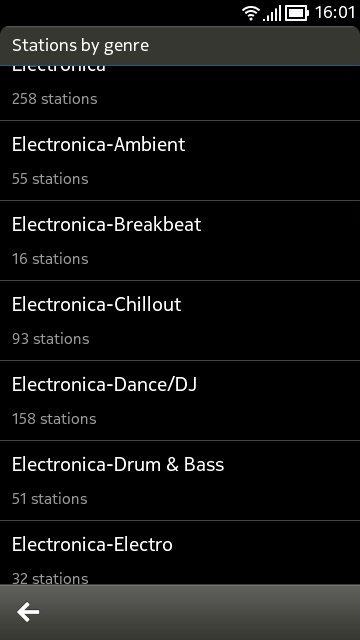 Arising in the nick of time, it's cuteRadio! You can browse the 30,000 stations in various ways, here (right) by genre... 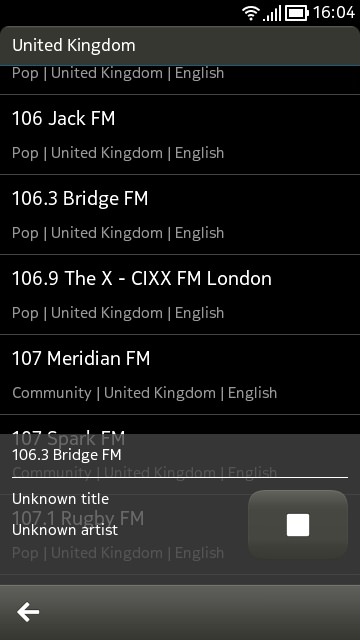 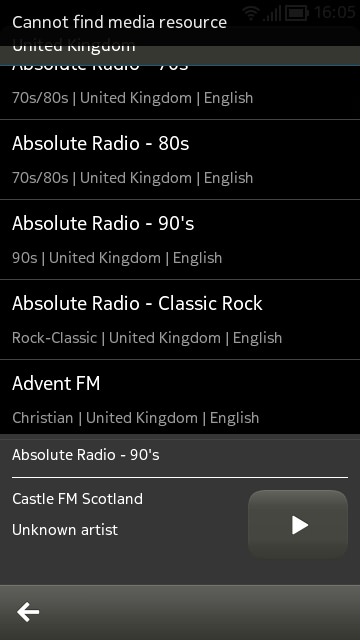 Or here, browsing by country, here an alphabetical list for the UK. Note that titles, artists, etc. are supplied (or not, as the case may be) by the station - this isn't cuteRadio's fault. (right) The error at the top of this screen is probably something out of date in the station directory.... 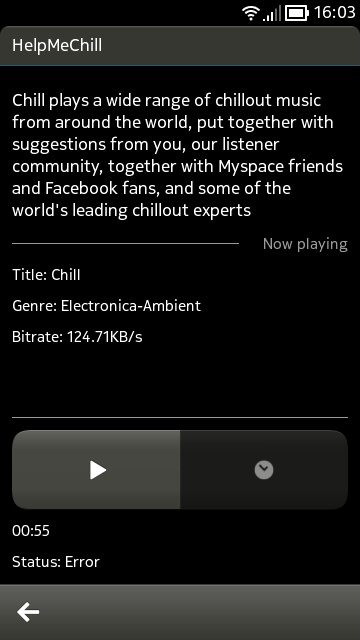 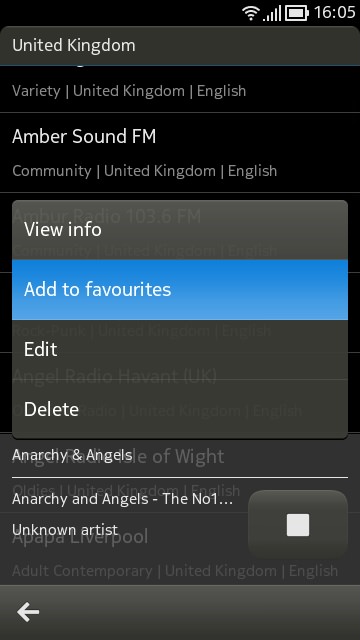 Drilling down into station detail and (right) long pressing to add it to my 'Favourites'... 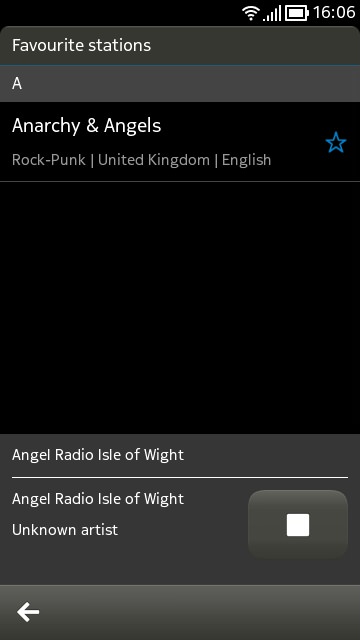 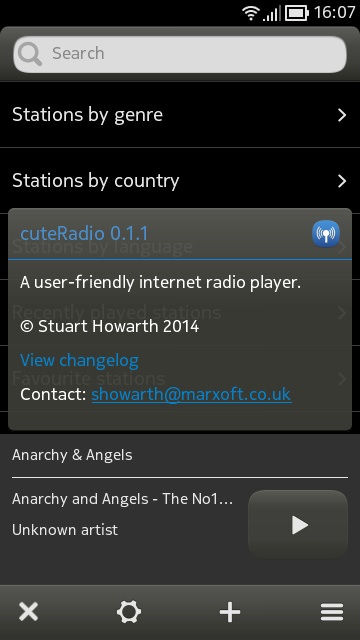 This has always been the best way to get around any list of tens of thousands of Internet Radio stations - just spend an hour finding a load of favourites and candidates up front and add each as a favourite... (right) Three cheers for Stuart, already a Symbian star with the likes of cuteTube(!) 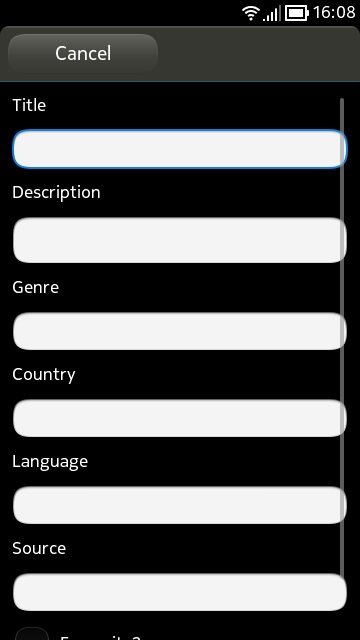 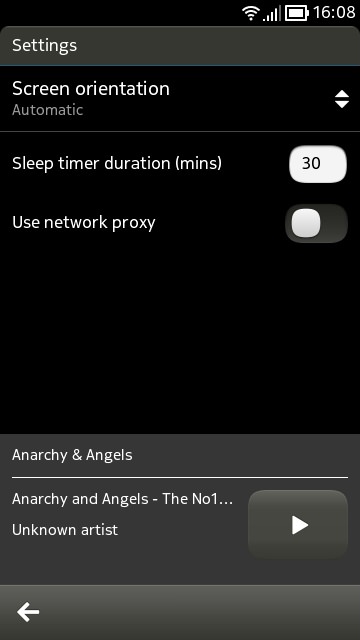 You can add your own stations if they're not in the directory, but you will need the source URL for its media, of course. (right) the settings include a sleep timer and a network proxy (for getting round regional restrictions?)