CloseMaps 'does what it says on the tin'

One of the 'smoke and mirrors' aspects of Symbian which can catch you out is the way the Maps subsystem is integrated into the OS. For the most part, this gives seamless and quick access to mapping and navigation, but occasionally parts of the subsystem can be left active and causing issues with other applications - plus valuable RAM is being left in use. CloseMaps aims to do exactly what it says...

From the description in the AppList Store:

CloseMaps will kill all Maps/GPS/compass related processes of your phone. This will give you more free RAM, CPU time, directly kill the GPS connection.

It's useful e.g. if you're used Nokia Maps but want to use a 3rd party compass app, it will show an error because Nokia Maps still blocks the compass, even after it's closed via taskmanager. Simply run CloseMaps and it will be fixed.

Not that there's much to see, but here's CloseMaps in action(!): 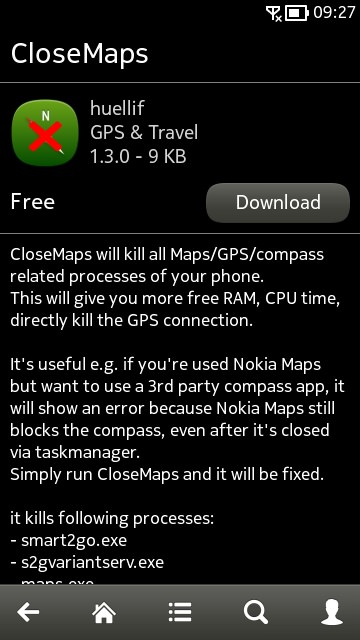 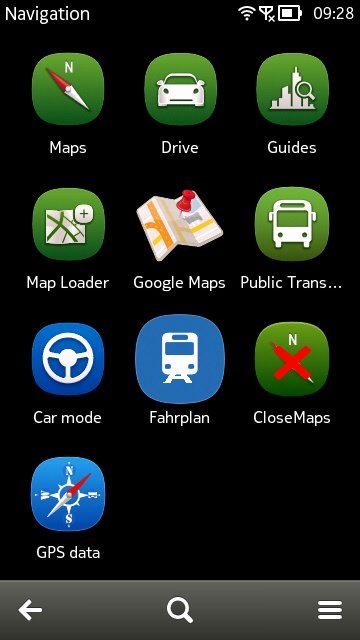 Far too 'hacky' for the original Nokia Store(!), here's CloseMaps listed in the AppList Store for Symbian, April 2014; (right) installed and in my Navigation folder (under Delight firmware).... 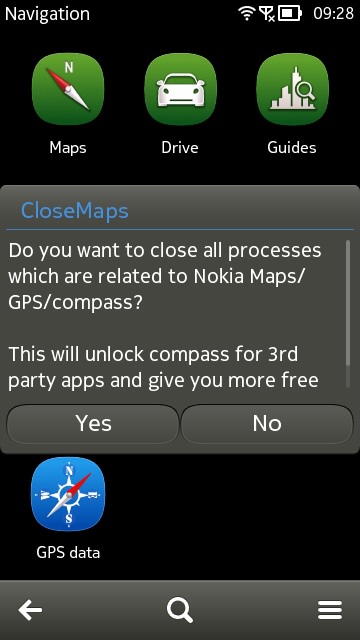 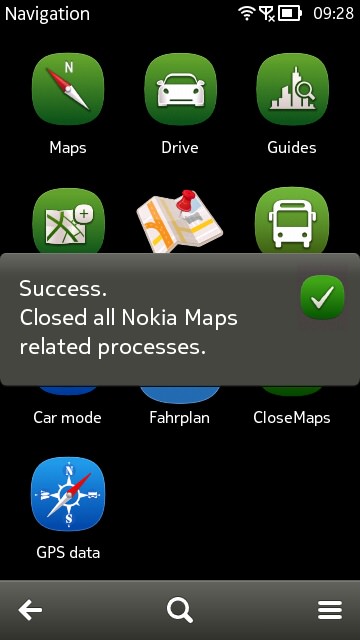 As expected, running CloseMaps clears all the underlying Maps processes and.... well, that's it! Could well be useful to anyone wanting absolute performance or for whom other navigation applications have been having issues...

Look for it in AppList (see here just in case you haven't already got this installed or if this is new to you).

Filed: Home > Flow > CloseMaps 'does what it says on the tin'