You may remember how I originally posted about Shareboard, a quick way of posting status and picture updates to both Twitter and Facebook? Online services change, though, and Twitter changed part of its authentication policy, requiring a fix for Shareboard. Except the Nokia Store had been frozen by Nokia - so the link below is what you'll need if you want to carry on using Shareboard into 2014.

And coincidently, Shareboard, both Symbian and Harmattan version stopped working soon after due to Twitter SSL enforcing restriction.

The updated bug fixed Harmattan version has been uploaded to openrepos.net, a community maintained repository.

The Symbian version, is available as a standalone sis file from my dropbox.

I will try to keep the app updated and working as long as possible, but no promises since Nokia is dropping support so fast.

Here's the new version being installed and working again: 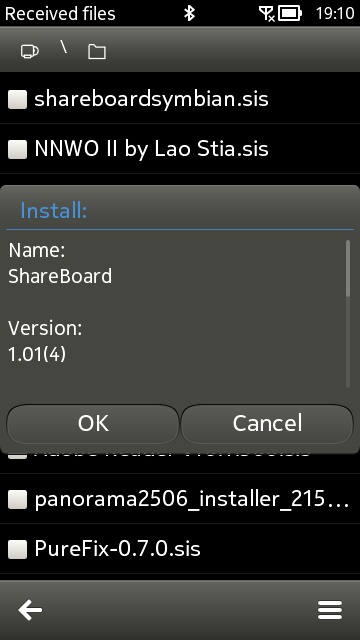 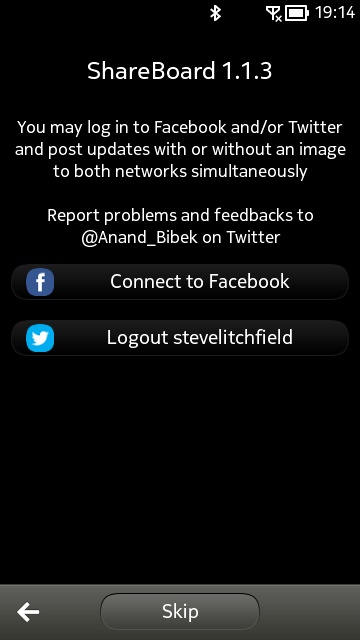 Installing the new version after downloading and sideloading it; (right) seems the developer forgot to completely change the version number in the 'About'/home screen! 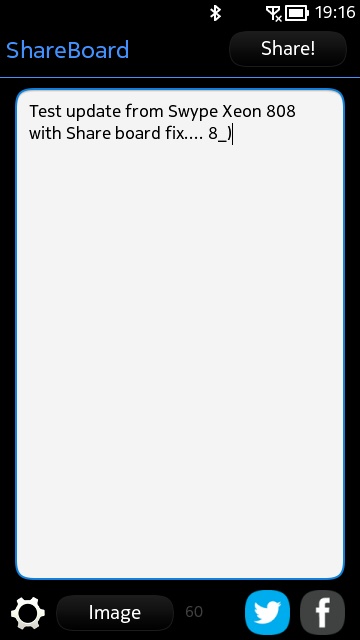 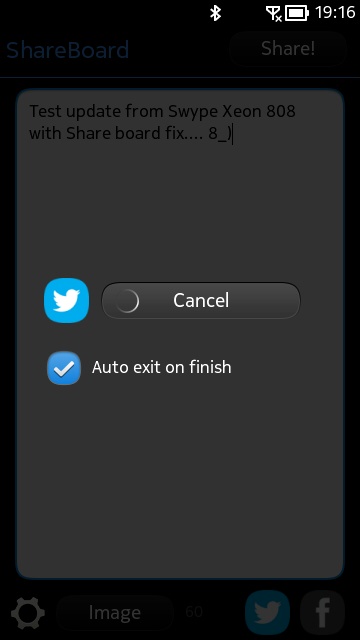 Logged in to Twitter, let's give it a try.... (right) All posted OK! Potentially a very useful and convenient little utility for frequent posters....

Between custom firmware and continued support from developers, it does seem as if Symbian can be viable a little longer!