Dictate for Symbian gets extra languages

The little voice recognition utility (that could) for Symbian, Dictate, has carried on getting updates, with this latest, v2.5.5 offering new recognition languages, in Polish and various variants of Spanish, plus Russian, French and Dutch are also now integrated. Well, I say 'integrated' - more like piggybacking on 'undocumented' APIs provided by Google, but I'd be churlish to complain.

What I might complain about is the still amateur appearance of several of Dictate's screens, though I guess we can chalk some of that down to the utility being optimised for Italian first and English text second...

Here's the update and some screens from the latest version 2.5.5 of Dictate: 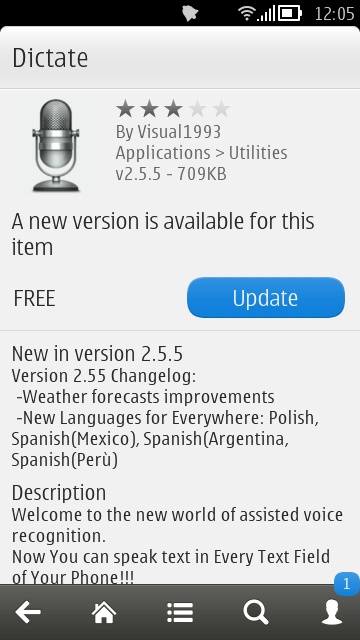 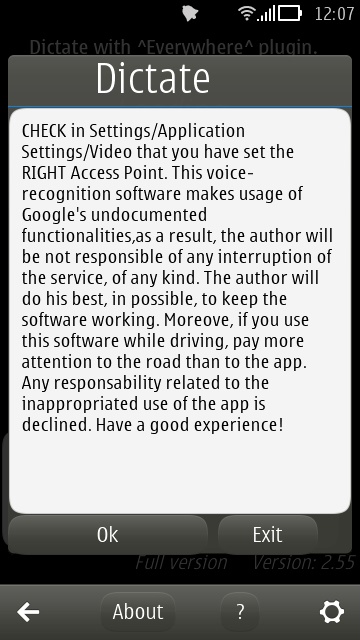 Our previous story on Dictate was for v2.3.0, note that there have been other changes and improvements since then that are not reflected in the v2.5 to v2.5.5 changelog above; (right) I'm not clear why Dictate latches onto the video access point settings in Symbian, but hey, it does work... 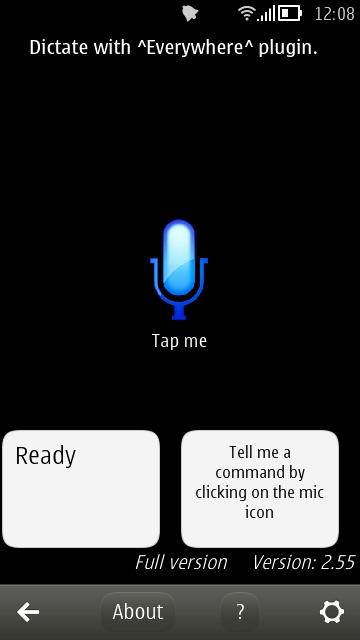 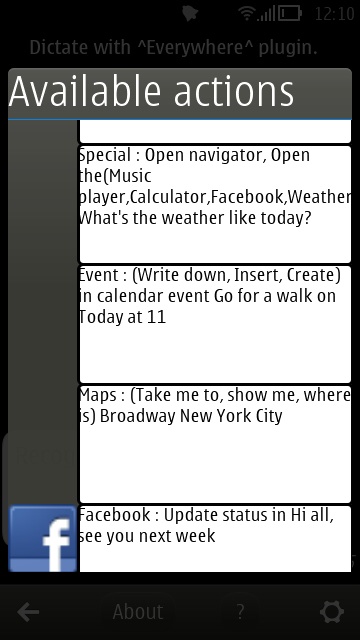 The basic interface - you can tap the icon or (in other apps) use the hotkey interface (default is the 'volume up' key); (right) some of the available commands and variations. 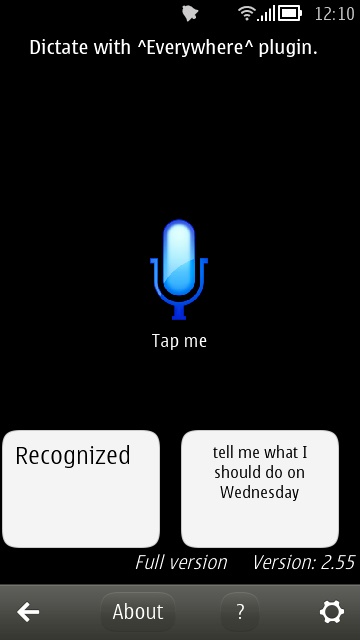 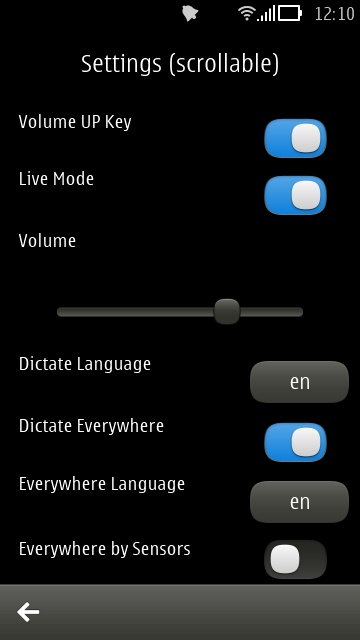 Dictate often speaks the results back to you too, if appropriate. In the use case here, my command was recognised and my appointments for the upcoming Wednesday were read back to me, which is pretty cool; (right) part of Dictate's settings - there's quite a bit of experimentation needed to find the right mode for you, I think....

You can buy Dictate for £1 here. If nothing else, it lets you show a few cool voice commands off down the pub!

Having used both Apple's Siri and (more recently) Google's 'Now' services, it's clear that Dictate is a generation or two behind in terms of flexibility - ask Dictate what the time is and it falls flat on its face, offering to search the web for that text string! But then it's just the work of one developer. And don't forget that Vlingo still works quite well on Symbian, albeit with a similarly restrictive range of things you can actually say.

If you've got seven minutes, by the way, although not yet fully on smartphones, it's clear that this is the future of voice on technology - almost Star Trek in its vision and execution.