The story so far: I reviewed HDR Photo Camera on the N8 in 2011, and then HDR Pro Camera, also on the Nokia N8, at the start of 2012, concluding that the massive resolution restrictions made HDR on Symbian of very limited use. The Nokia went and released the 808 PureView, with double the RAM and, for some reason I hadn't got round to trying either of these applications out on the device until now. Has anything changed? Actually yes, the extra RAM enables higher resolution (and higher quality) processing - see below for some investigative conclusions.

On the N8, HDR Pro Camera was limited to 1280 by 960 images in my tests, with anything higher than this crashing the application for lack of RAM - on the Nokia 808 PureView, with the extra 256MB of RAM, resolution is still limited, but even with many other applications loaded, I was able to render HDR photos easily at 2048 x 1152 (one of the suggested widescreen formats), so over twice as many HDR pixels as on the N8 and enough to make the concept worth considering, at least.

Having said that, it should be noted that:

Of course, the 808 itself produces images that are hardware-image-processed and often spectacular, so it could rightly be argued that you don't really need HDR on the device at all.

Yet there's something rather magical about a surreal HDR image that brings out more light and more colour from a scene, turning it into something other-worldy.

Here then are some of my trials and examples, with comments (click any image to download it or enlarge it in your browser): 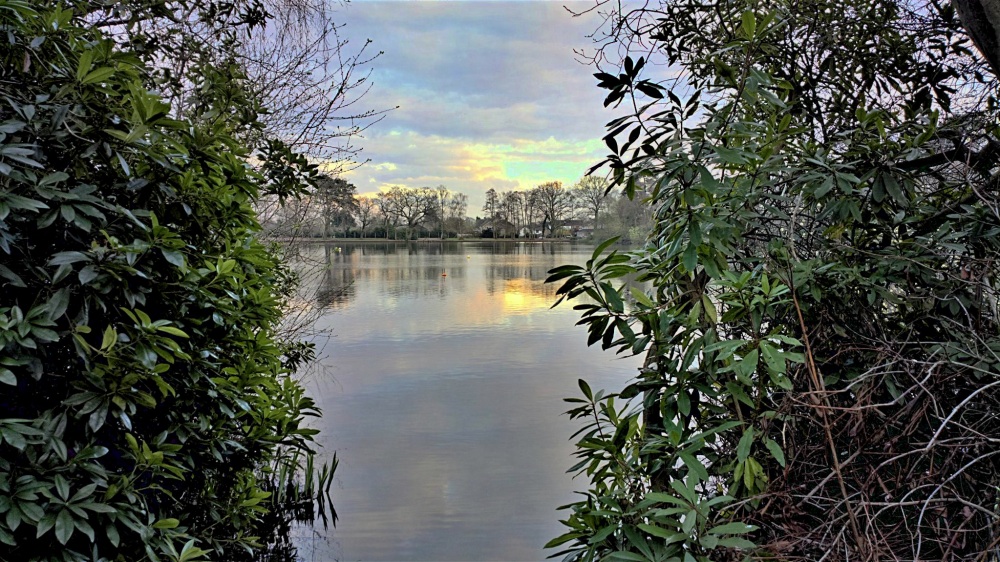 Above is a typical shot from HDR Pro Camera, coming out surprisingly well considering I was shooting handheld (normally a HDR no-no), one of a batch which got me thinking that I should highlight what these apps can now do with a bit more RAM to play with...

Heading back to the lake the next morning, but this time with a tripod, to eliminate any oddities caused by ad-hoc hand shake, I took this with HDR Pro Camera: 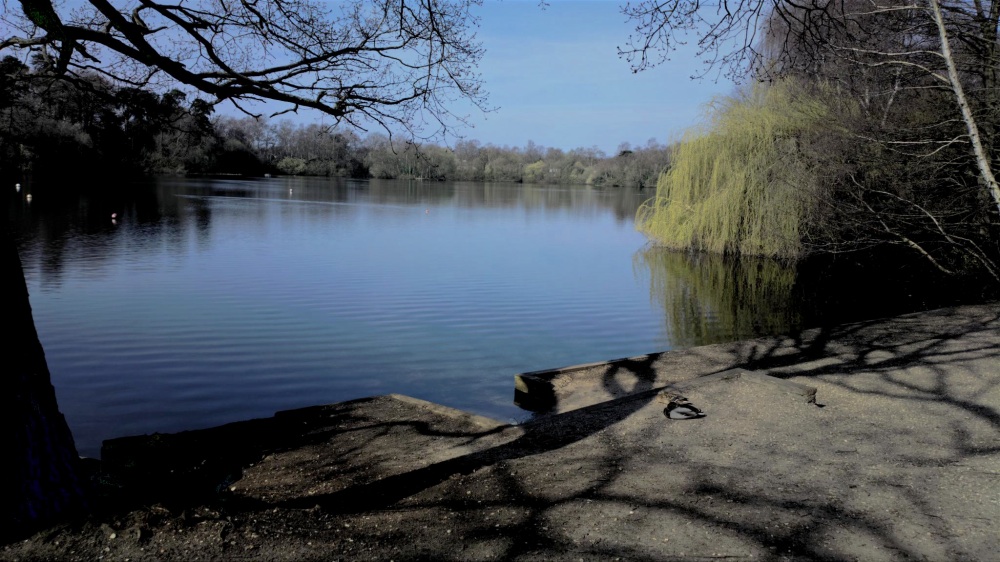 Yes, yes, the tripod wasn't completely level, but it kept the Nokia 808 steady and that was the main thing... Here's the same scene taken with rival application HDR Photo Camera: 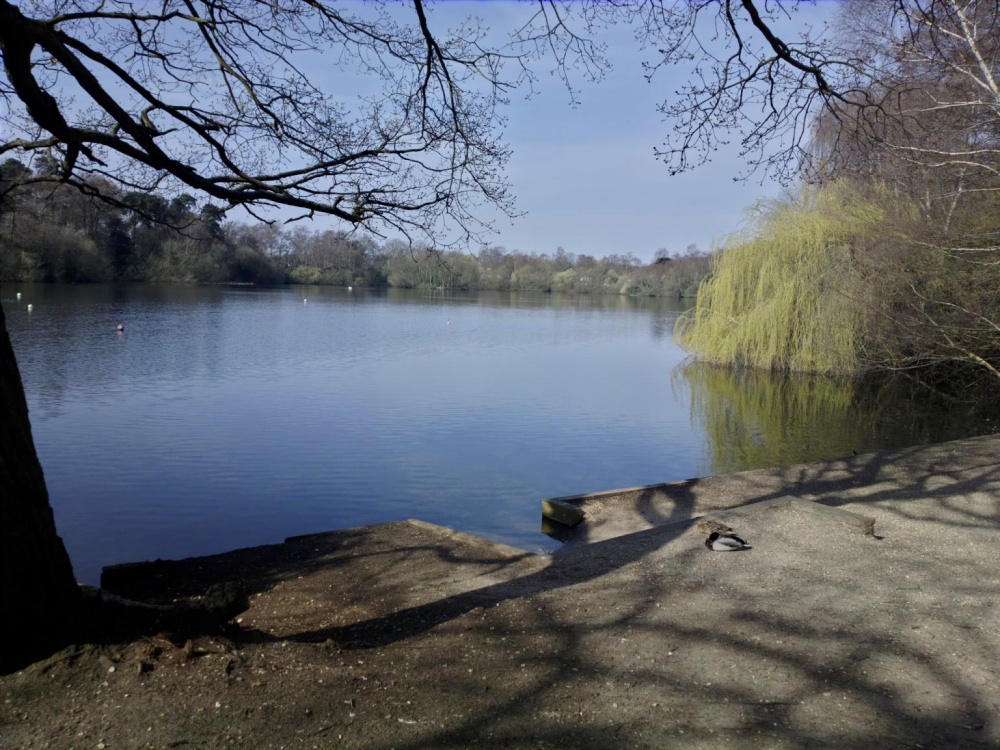 I should emphasise at this point that both HDR applications have a mountain of options and sliders, all of which drastically affect the results. Both the example photos here were taken with close to default settings, but a little fiddling and you could get very different (and surreal) results.

Looking at the two HDR-rendered photos more closely, let's put a central section side by side (HDR Pro Camera on the left): 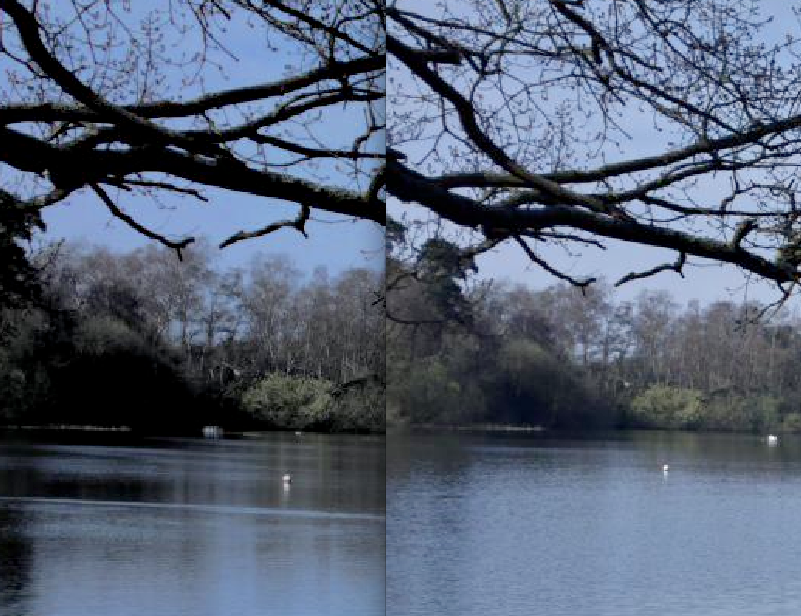 As mentioned above, the settings used make comparisons somewhat sketchy, but the extra resolution possible in HDR Pro Camera does show up here - look at the distant trees, for example. Plus, having taken a number of other examples, I found that HDR Pro Camera had better colours and contrast on average than HDR Photo Camera - and this was without any of the former's contrast or sharpening tricks, which are also available.

The final question should then, I guess, be, how does the best of these HDR shots compare with the 808's original image of the same scene: 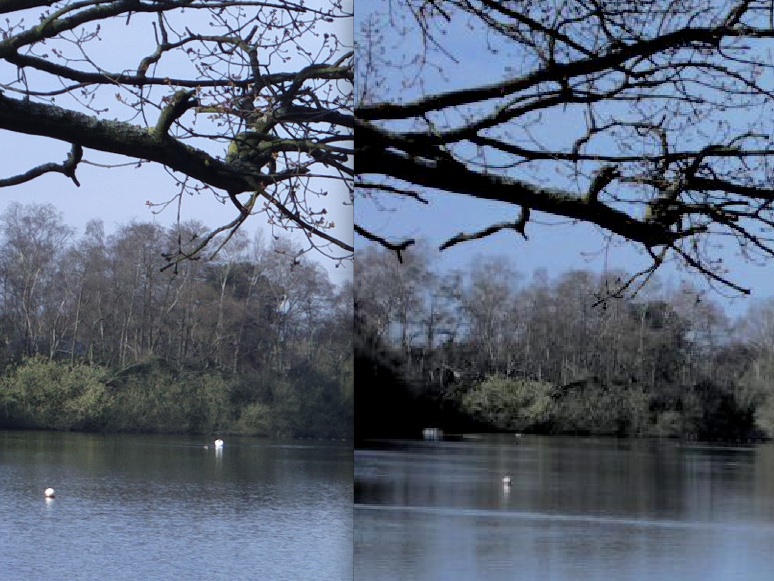 Again, the extra resolution (8mp in this case) of the 808's original image really shows up here - yes, the HDR version has a slightly bluer sky, but on the whole, in all my tests I'd still rather just stick with the excellent 808 images (with all the extras in Creative mode, after all, there's plenty you can do to increase the vividness of colours for a sunset or similar).

So, better results than on the RAM-limited N8, but still a rejection from me overall.

Comments welcome - have you played with HDR on the Nokia 808 and how did you get on? Was it worth it?

PS. Another option is, of course, to use either of these apps or the default Camera app to create 'bracketed' shots that can be combined with HDR software back on the desktop. This is somewhat labour intensive though, and I'm naturally lazy, so.... 8-)