No, don't get too excited, this is the same Microsoft Apps suite that appeared in SW_update for most of our Symbian^3-class smartphones over the last few months, specifically v2.00(5016), including the usual Office Mobile, Lync, OneNote, PowerPoint Broadcaster, etc. The appearance of the suite as an entry in the Nokia Store is unusual, but may just offer a route to the suite for phones with firmwares that haven't been authorised to get the SW_update version. 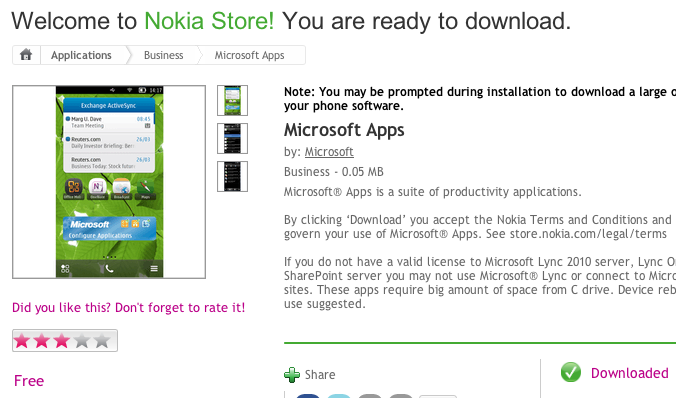 My first thought was that the Microsoft Apps suite could now be sideloaded, i.e. archived as a SIS file to a desktop computer for future convenience, but note that the 'app' in the Store is just a stub, a mere 50kb. When installed and run, this then grabs the other 40MB or so of the suite over the air, and this then installs in the usual way: 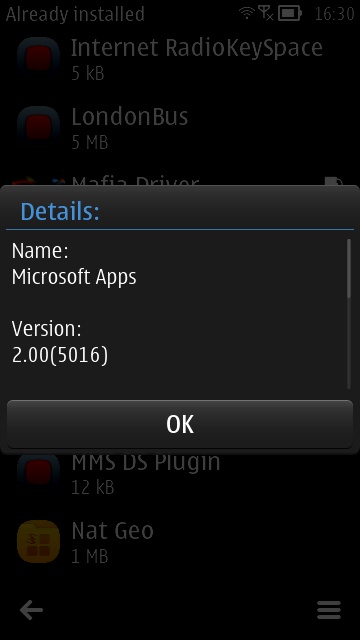 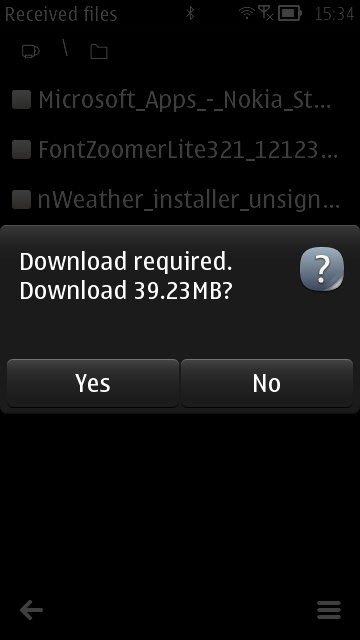 Also of note is that the version of 'Microsoft Apps' that was offered over the air to my Nokia 808 via its SW_update was newer, v2.01(5315), though it's not clear what's changed. However, it's a fair bet that this may well roll out to other handsets in due course.]

In the meantime, you can find Microsoft Apps here in the Nokia Store as a free download.