Westward, originally released on the PC, is a cocktail that mixes in elements of town simulation, RTS, adventure and humour. Does it combine the best of all worlds, or is it an unwieldy mess? Read our review to find out... 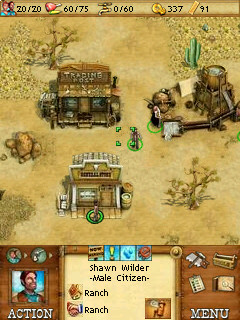 Westward (originally released as a PC game in 2007) is a mixture of Sim City and Civilization but with a strong plot all the way through, and it also reminds this reviewer of Sims: Bustin Out on the original gen N-Gage, with a sprinkling of RTS in the combat elements. The setting is in the Wild West of the 1800s, with the player trying to build up various settlements and achieve certain tasks.

You can build buildings, but you can also assign individual characters to particular tasks, and these tasks may be totally removed from the business of town management (for example your sheriff, deputies and gunslingers have to defend towns against marauding bandits). If you don't assign an individual to a particular task they will automatically find something to do, so the micromanagement doesn't get annoying.

The game teaches you all of its various elements through occasional tutorial levels that introduce a new feature to the game, which means you learn how to play the game gradually and know what all the buttons mean. You are never overwhelmed with options.

At the beginning of the game you have a small number of building options available to you, but as you progress more building types are unlocked, and other elements (such as rock-clearing explosives, bridge building and land irrigation) begin to appear too. Buildings require wood and gold to construct, and citizens require food and water to survive, which are the basic elements you have to keep in balance throughout the game. Dealing with threats like tornadoes, bandits and fire are an added challenge, especially if they destroy or damage vital buildings.

After you've completed the tasks associated with a location you may move onto the next one, but if you prefer to play this as a straightforward simulation game you can simply ignore the tasks, and it will keep you in the current location for as long as you wish.

Controlling the game is done through a series of icons and menus at the bottom of the screen, and is perhaps slightly clunky (for example you have to manually deselect an object before you can select another object, and the buildings menu has cancel as its default option which is rather confusing). However, you do get used to it, and overall the controls are fairly good if you use them properly.

One very important thing to note: the 1 and 3 keys by default let you access the control panel and deselect the current selection, both of which are VERY useful when playing the game and save a lot of time. Another very important thing is to use the icons that appear in the middle of the control panel, they take you directly to a problem that needs your attention, with different icons representing different kinds of problem. 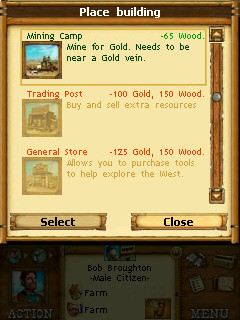 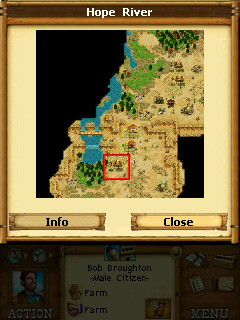 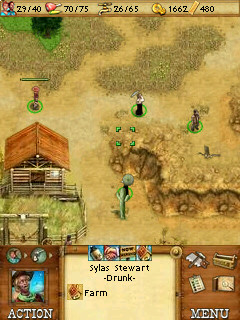 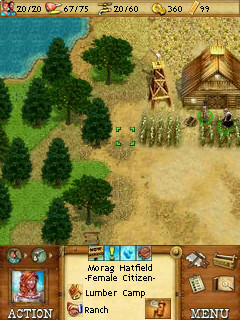 Westward is exquisitely detailed. Individual characters are fully animated as they go about their business either at their place of work (digging for gold at a mine, harvesting crops at a farm etc) or walking around town, and it gives the game a wonderful atmosphere. The buildings look just as they should, and they fit in with the landscape behind them perfectly. There are also graphics for burnt-out and run-down versions of the same buildings, which can be repaired to bring them back into the game.

Westward's music is perhaps the worst thing about the game, it's like a very bad Amiga tune, and this reviewer kept it switched off throughout. The sound effects are fine though rather sparse, and if you have the music off this game is mostly silent. 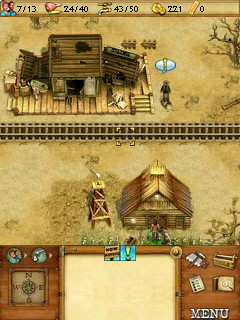 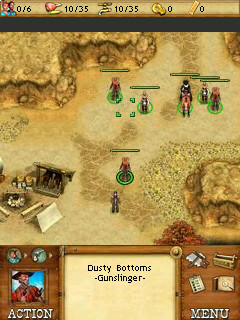 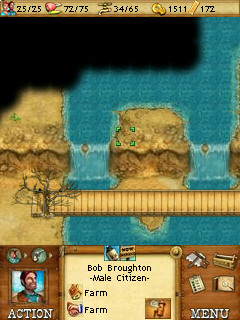 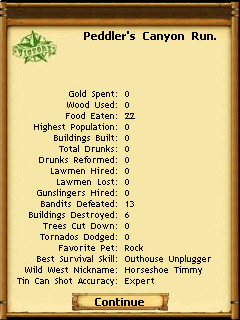 If you have a Nokia 6220 Classic, N79, N82, N85, N93, N93i, N95, N95 8GB or N96 you can use any of their functions, including gaming, through a television set thanks to their TV Out feature. This feature works on any set with a composite or SCART connection (SCART-only sets will require a very cheap composite adaptor however).

Westward looks fine on a television, the 2D graphics were originally intended for PCs so they suit being viewed on a larger screen.

Our Bluetooth keyboard worked fine with the game, and it suited the controls very well perhaps because of Westward's PC origins. 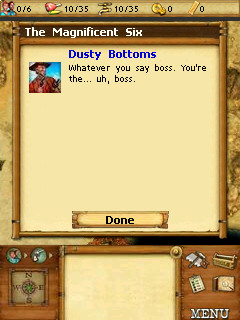 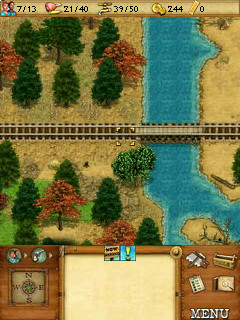 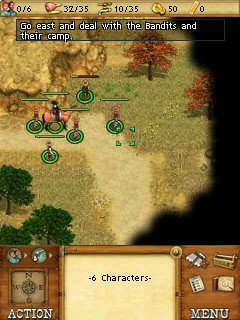 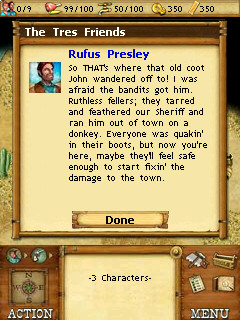 Westward is an extremely addictive and well-constructed simulation game, which lets you play it either as a plot-oriented task-based title, or as a freeform town management simulator, and switch between the two at any time. The excellent tutorial levels mean you get to grips with all the different features at exactly the right pace.

The downsides of Westward are the slightly awkward controls and the very poor music, but the music can be turned off and you do get used to the controls (as long as you remember to use the 1 and 3 keys, and also use the icons that appear in the middle of the control panel).

Overall, Westward is probably the best game of its genre on S60 right now. The sheer depth of gameplay makes it comparable to much more expensive console games, and its strong plot makes it accessible to a wider audience too. There's also a heck of a lot of humour in the plot dialogue, which is always nice to see in a game. Westward keeps you glued to your phone for hours, it's very enjoyable to play, and this reviewer strongly recommends it.

Where can I buy it or get the demo?

You can buy Westward for S60 3rd Edition from Astraware's online game shop.

Astraware also sells a UIQ3 version of Westward too.

There are also demo versions at both of the links, just click on the "Download It" button.