An impressive new take on the old adventure genre, with pictures and sound

You may remember the old text-based adventure games, from the 1970s and 1980s. You know, "You're standing in a field. You see a castle " etc. These games could become inordinately complex and imaginative, because there were no graphics or sound effects and they were comparatively cheap to create. Harpsichord Riddle and its Italian version "L'Enigma del Clavicembalo" are an attempt to not only recreate the same adventure feel with both pictures and sounds, but to do it all on a Series 60 smartphone. Which is pretty ambitious and partly explains why it doesn't quite make it as a killer game, even if there's loads of potential for followups and further development. 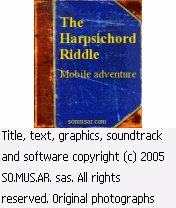 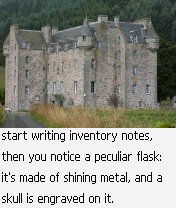 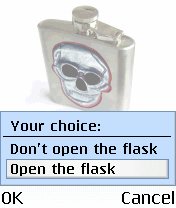 The Harpsichord Riddle is a linear adventure, in that there's only one 'straight through' solution. There are around 100 scenes in the storyline, with most requiring some kind of response from you, along the lines of opening (or not opening) a flask, choosing a line of dialogue, etc. If you get it wrong and head off on the wrong story branch, then shortly afterwards you'll come a cropper and will have to 'Try again'. Thankfully, trying again starts you at the start of the section in which you diverged from the solution, so you don't have to start from scratch each time. 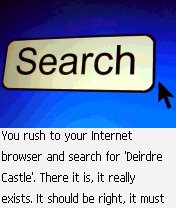 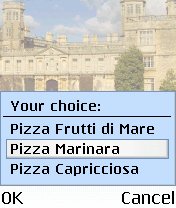 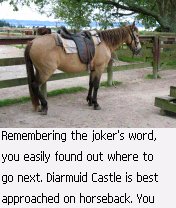 The graphics are always professionally done and sometimes stunning, and the original sound effects for each scene are appropriate and genuinely add atmosphere. The final puzzle in the Harpsichord Riddle involves a few leaps of musical memory and you might want to play the game with a small keyboard or other instrument handy. 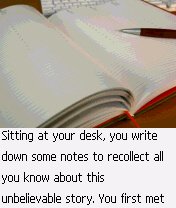 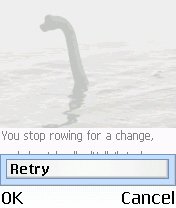 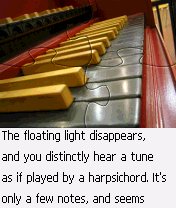 Playing the game in a single session, as a fairly musical adult, you'll finish it in an hour or so at most. Yes, the game is fairly short, but then it's only $10 and is fun to work through. And you can always let your wife or kids have a try as well.

A longer and less linear story using the same talented team of artists and composers would make for a more compelling experience and would break this type of game into the mainstream. Still, there's lots of potential here and you can't help but admire the work that's gone into creating The Harpsichord Riddle. Buy it if only to encourage the developers to further explore the potential of this type of game.