Summary: Very competent and reliable video encoding system, only let down slightly by the strange interface on the player itself.

SmartMovie has been available for quite a while for all the different Symbian platforms, as an alternative to the free Nokia Multimedia Converter and RealPlayer system, but it's received several major updates over the last few months and I thought it was about time I updated the AllAboutSymbian review.

In truth, for your own homegrown video clips, there's not that much wrong with the Nokia converter. With the data rate set to 128kbps (kilobits per second, working out around 1MB per minute of footage), the picture quality in its .3gp video files is just about acceptable. It's let down by the poor audio quality though, with a cap on the sampling rate used by the AMR encoding, and by the fairly basic RealPlayer application on most Symbian smartphones. Still, it's probably good enough for your family clips and funny videos.

For DVD conversion, there are several systems on the market that claim to take care of the whole ripping-and-trancoding thing, with a suitable player application on your Communicator. For example, Makayama's Nokia Media Studio, which works well when it works but which is let down by over-fussy DVD ripping. Viking Informatics, the supplier of Makayama's player utility, do their own DVDPlayer, reviewed here, and let down by the rather kludgy way you have to rip DVDs manually using DVDx, process them manually in a free utility (Lathe) and finally play them on your smartphone using the supplied program.

For DVD work where you're happy to get your hands dirty with a little more manual effort, and for general video footage, perhaps off the Internet or from your camcorder, where you want higher resolution than the 176 by 144 pixel picture of Nokia's free converter and far better sound, SmartMovie is a reliable and flexible solution. In my tests, the converter utility and smartphone-based player have been bombproof, with the only crash I experienced almost certainly due to other rogue software on my Communicator. In the ever-fickle and over-complex world of digital video this is quite remarkable. 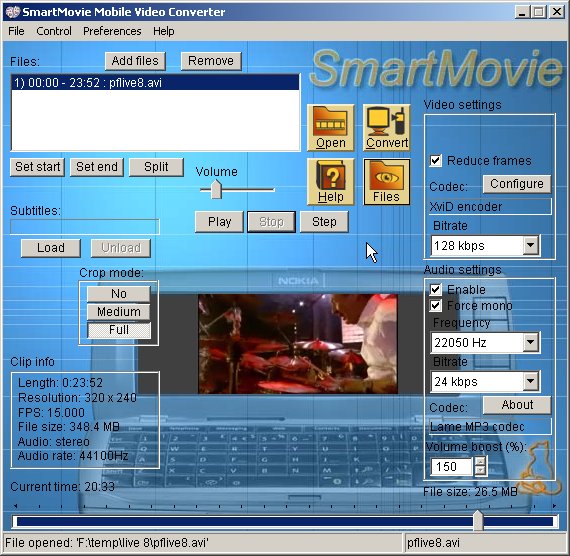 The SmartMovie Windows-hosted converter utility is a model of elegance, if a little 'busy', with your chosen Symbian model (I've been trying it in Nokia 9500 and Nokia N70 modes) underlaid into the skin of the application, giving you an good idea of how your video will finally appear. A handy 'Clip info' box shows the essential attributes of the original file, while a larger 'Video settings' pane lets you tweak how the conversion's going to work. The video bitrate can be adjusted up or down from the default of 128kbps, but you shouldn't need to - 128kbps seems about right in terms of the quality versus file size trade off. 'Audio settings' helpfully lets you specify a much higher frequency and bit rate than with Nokia's free tool, making music videos and film material far more satisfying. Finally, a 'Volume boost' recognises that you're going to want to hear the clip, possibly in an ambient environment, so making it all a little louder than the original is usually a good thing.

The main choice to make is the 'Crop mode'. Most video footage will be in a 16:9 or 4:3 aspect ratio, whereas the Communicator screen in particular is more a 32:10 ratio! 'No' crop simply shows the full frame, even though most of the width of your 640 pixel screen won't be used, while 'Full' uses the whole width, at the expense of losing the top and bottom 20% (or so) of the frame. Interestingly, you also get to choose between a 640 pixel wide Communicator or a 'virtual' 400 pixel wide version. This seems to be for performance reasons, as attempting to build files for the full 640 pixels results in playback that's more than a little jerky.

Lonely Cat Games claim '24fps' in their version history and it's true that a S60 (208 by 176 pixel) frame size with the subject matter not changing much between frames (i.e. no panning) will see frame rates approaching that figure and giving a TV-like appearance. In my tests, frame rates could drop as low as 10fps on S60 and 6fps on Series 80, under extreme circumstances (such as action sequences). Still, performance in the main is now pretty good, with the new CoreMP4 codec (lifted from the TCPMP project) providing far smother video than the fledgling XviD code used in versions prior to v3.10.

Importantly, the SmartMovie converter is faster than other utilities of the same type that I've tried in the past, racing through my 23 minute 320 by 240 source clip in only 6 minutes. When you've got a batch to do (and SmartMovie supports batch conversion), this sort of speed makes a big difference.

And so to the SmartMovie player on the smartphone itself. As with SmartMovie on all other platforms, the interface is, er... different. Pressing 'Menu' in the usual Symbian way gives nothing useful at all. You have to know to press the top (or left, on S60) command button, whereupon a pop-up menu appears, with a psychedelic scrolling background. 'Browse files' looks useful, except that your new files aren't shown. Then you notice that there's an extra 'Menu' button option within the file list and pressing this brings up yet another pop-up option ('Rescan File System) in a list all of its own in a different part of the screen. Press 'OK' and nothing appears to happen. Five or six seconds later, the pop-up disappears and your files are finally shown.

Having critiqued the menu system, you do get used to the way it does things and, after all, you'll spend 99% of your time watching videos and not fiddling with the menu. Playback occurs more or less as shown in the converter's preview window, with the optional addition of an on-screen slider, showing where you are in the footage at all times. Key control is intuitive, with up and down for volume and left and right for skipping through the video. 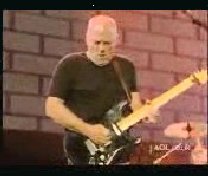 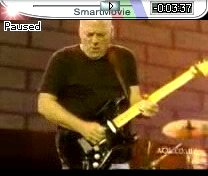 Despite having the latest Quicktime Pro and several DVD players on my Windows PC, SmartMovie's converter wouldn't open any of my .MOV, .WMV or MPEG-2 video files, which is something of a shame. It turns out that it uses DirectShow, and with the codecs here, here and here, it should be possible to open any combination of Real Media, Windows and DVD format files. Just be prepared for a little fiddling! As things stand, with no extra codecs, you have to start with video in AVI, encoded in a common codec, or in bog-standard MPEG-1. Still, for something that's precious enough to go through all this for, the chances are that you'll put the work in massaging your footage or installing extra codecs.

If I had to pick any one system for taking along my own collection of a dozen or so favourite video clips (e.g. the Floyd at Live 8, as shown here, or home footage of me performing at a gig, or classic music videos), SmartMovie would be the one I'd go for. If I were starting with a physical DVD, I'd be torn between the different options, I suspect, there's no one outright winner.

Despite slight reservations over its interface on the smartphone, SmartMovie does what it claims to do well and does it reliably.