On the surface, Platypus is very much an old-school style game. It's a horizontally-scrolling shoot-em-up title, with power ups available to increase the power and accuracy of your weaponry, a never ending (and always increasing) stream of enemies to destroy, and a very (very) threadbare plot to give you some sense of purpose - although there's nothing wrong with mindless arcade violence sometimes. Games in this genre don't actually need that much under the surface as long as they pose a good challenge, have a decent learning curve, and are fast and responsive. Platypus scores two out of three then. 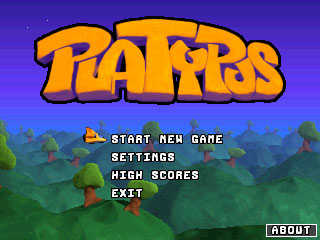 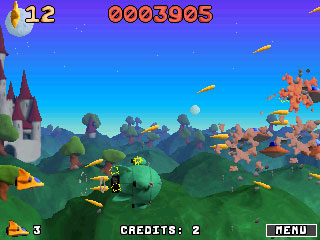 Let's start with what doesn't quite work, and that's the speed of the game. Platypus is in the unfortunate realm of being a multi-platform title, and I've played it in a few places, including the Sony Playstation Portable. I suspect that this port to S60 is just asking too much of the smartphone to keep the same fluid speed that others playing this game have. I'll be honest though, even if I hadn't seen the PSP version I would still label Platypus as slow, and that dulls my enjoyment slightly. You shouldn't have time to plan what to do in a shooter like this, it should be down to well honed arcade instincts about what you should be doing next. That's why, in the end, Platypus scores a fail in this area.

What it isn't though is sluggish - your ship stays responsive to the control pad, no matter how busy the screen is. You want to sift a few pixels up or down, you can. I also like the auto-fire option. Rather than having to mash down the fire button, it acts as a toggle. One press to turn on the stream of deadly bullets, a subsequent press to turn them off. A perfect fit for a mobile environment, and one other titles should consider. 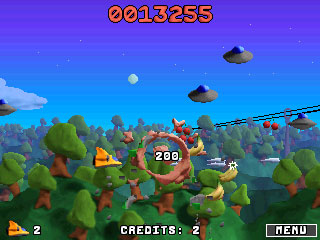 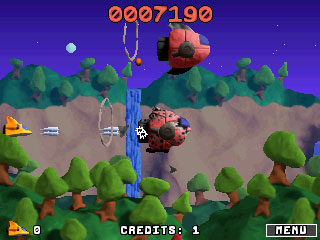 The graphics on Platypus are also stunning, in a very British way.. The look of the game world is based around plasticine, and all the enemies, bullets, landscaping and power ups look as if they are shaped out of the popular modeling clay. This gives the title a whimsy and character that makes it stand out when compared to other genre titles. There's a certain artistic appreciation when you see a new enemy come onto the screen; there's nothing quite like a death while admiring beauty.

Finally, the learning curve. Even with the speed problems, Platypus ramps up the difficulty at a good rate to continue to challenge those that stick with it. This isn't as easy as it sounds, and many titles have looked good and handled well, but failed because the difficulty wasn't pitched correctly. Thankfully, Platypus doesn't fall into this trap. 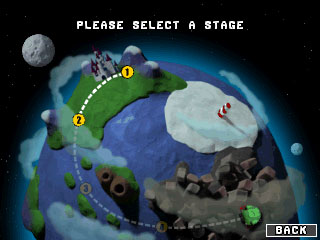 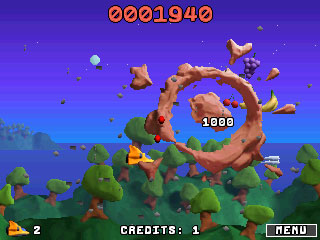 There's a really good game lurking under here, and I would recommend Platypus for the gamer, but with a few caveats. The first is the lack of raw speed, and that's an area that you'll have to judge yourself. The second is that you'll be running this in landscape mode with the keypad on the right - the game doesn't seem to want to flip though 180 degrees; and it would be rather impractical to play in a portrait orientation. Neither is enough to alter just how much fun Platypus is when you're playing it. A strong central game, great graphics and a feeling of control are all plusses in this quirky title.