Want to zap aliens the old-fashioned way? Then you'd better take a look at Blazar, the 2D scrolling shoot-em-up for smartphones. Does it hit the target, or is it wide of the mark? Read our review to find out... 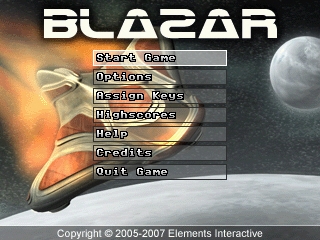 Blazar is a traditional scrolling shoot-em-up where you pilot your craft through a 2D maze of corridors with the screen scrolling relentlessly sideways. We're reviewing the S60 3rd Edition version, but you can also get versions for S60 1st/2nd Edition, UIQ2, UIQ3 and Series 80.

Trying to stop your spaceship is a range of hazards including missiles (which can attack from behind), craft-hugging aliens that you have to shake off by speeding up, meteorites which split into pieces when shot, standard baddies that just shoot at you, and of course the usual end-of-level bosses.

To help you there are bonuses scattered throughout the maze including various kinds of weapons and extra shields. If your shields reach zero you lose a life, and if you lose 3 lives the game is over (you start on 2 but 0 counts as your last life).

The meteorites are an unusual "enemy" to shoot as they split into many smaller chunks of rock that fly in all directions. They can also inflict damage on baddies as well as you, so a well-timed blasting of a meteorite may cause your foes more problems than you.

The maze has multiple routes and is auto-generated, you can't just memorise where things are because they won't be there next time. Every so often the scrolling stops and you face a boss. When they're defeated, the scrolling resumes and the auto-generated maze continues but in a harder mode than before, with narrower corridors and more enemies. The enemies also tend to home in on you more as you progress through the game, which makes them harder to dodge (especially the craft-huggers).

Defeating the bosses seem to be entirely a case of dodging their slow-moving bullets while trying to get a few shots at them yourself. There were no apparently weak points or particular strategies, just a case of whose shield runs out first. 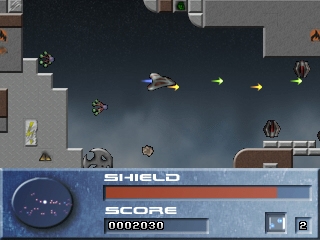 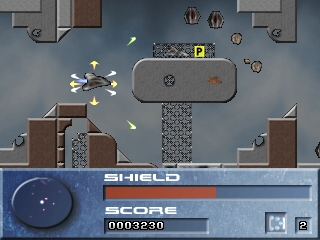 The spaceship moves very smoothly, the maze scrolls steadily and seamlessly, and there's excellent collision detection (for example if a rocket whizzes past and you touch the tip of the flames of its exhaust, that will start to damage you, but if you're just a pixel from the tip you're fine). The number of on-screen enemies steadily increases and by the time you're past the first boss you may see a dozen or more baddies attacking you at once.

However, the graphics are also extremely bland-looking, with backgrounds that are all grey and brown, and not much in the way of texture or detail. Even the bosses, who ought to look a bit special, just seem like scaled-up versions of the standard maze enemies.

Because it's auto-generated and never-ending, the maze does become repetitive. It would have been nice if the developers had at least varied the graphics a bit instead of just giving us more of the same. 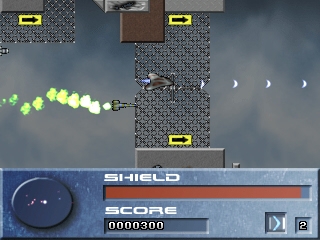 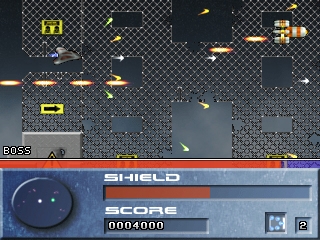 Blazar works fine on a television. The graphics look a bit pixelly, but the enemies and objects are much easier to see, especially the smallest chunks of meteorite.

The keyboard works exceptionally well as the arrow keys let you manoeuvre your craft more precisely, and there are no other controls to worry about if you have autofire switched on. 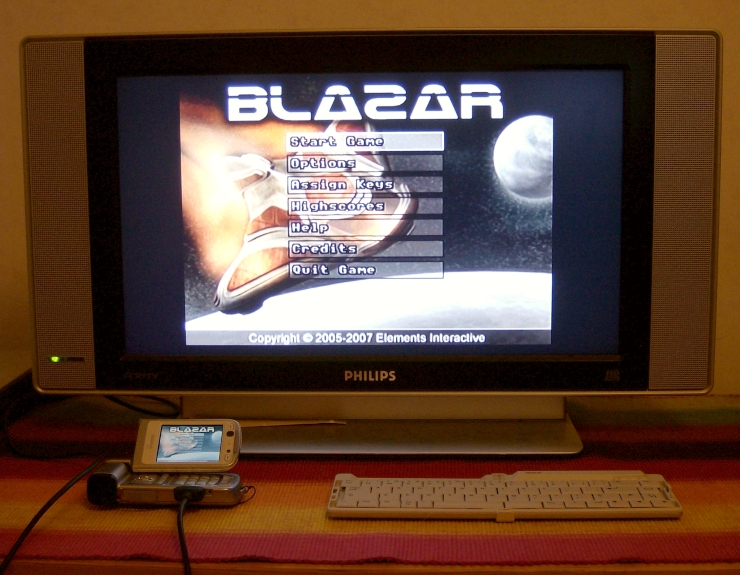 Blazar looks and feels very much like something from the Atari ST or Amiga home computers. If you're the kind of person who plays games for high scores, and if you're a fan of old-school 2D shoot-em-ups, then this game may be for you.

Other smartphone 2D shoot-em-ups such as Sky Force make Blazar seem dated, but if you hanker after River Raid-style endless ever-narrowing gameplay then you may enjoy it. It's also worth bearing in mind that this is a very low-price game, less than €5 at the time of writing, and at that price you do probably get your money's worth.

PS: You can see a gameplay video of Blazar over on the Unofficial Nokia Gaming Blog.

The game reviewed here was the Symbian S60 3rd Edition version of Blazar. It was reviewed on a Nokia N93. The screenshots are taken from the horizontal QVGA version, but the game is also available in vertical versions for QVGA, 352x416 and 176x208.

You can try or buy Blazar for S60 3rd Edition at this link.