Squeezing into the Nokia Store just before the 'no more content' deadline on January 1st, is PuzzleStones, a brand new first party game launching on Symbian and with very high production values. It's a 'match-3' style game but with its own very definite twists and turns. If you're into time-filling puzzles and don't mind getting addicted, then PuzzleStones is almost a must-buy in the Store.

In traditional match-3 puzzles, blocks/stones of varying colours and shapes have to be next to each other. There are two main twists here:

The interface is tremendously impressive. The backgrounds are original and colourful, themed after imaginary locations (nominally on virtual islands in Campaign mode) and the finger swipes needed are detected with 100% reliability, even when performed while an existing match-removal animation (and re-filling) is still in progress.

And all the while, original electronic music fades in and out, giving a distinct atmosphere. Here are some screens of PuzzleStones in action: 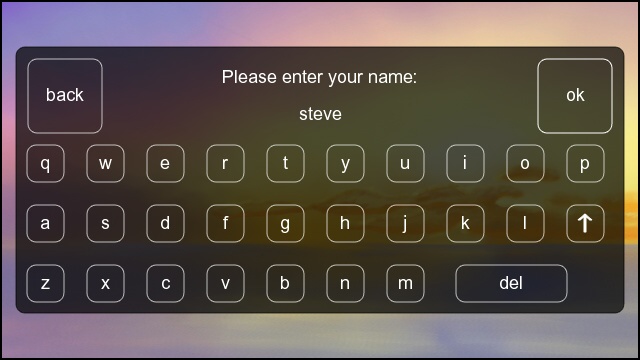 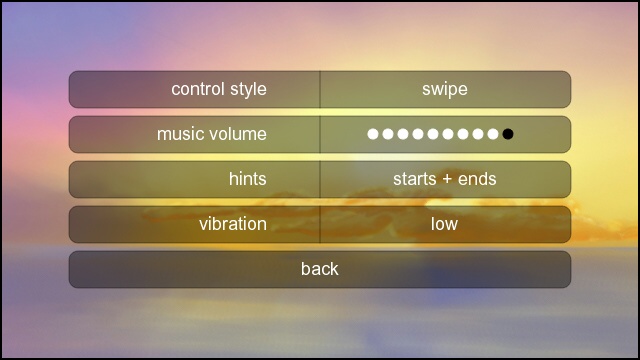 [Can anyone else spot strains of Apple's iOS7 in the colours, style and fonts? Curious!] 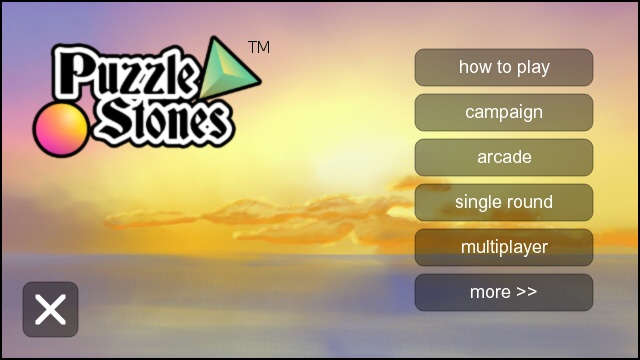 The main menu - 'more' leads to settings and about screens.... 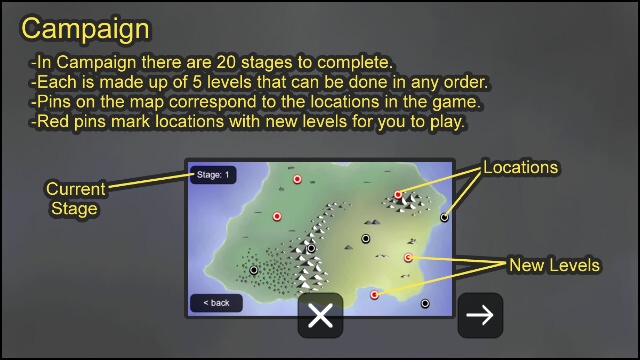 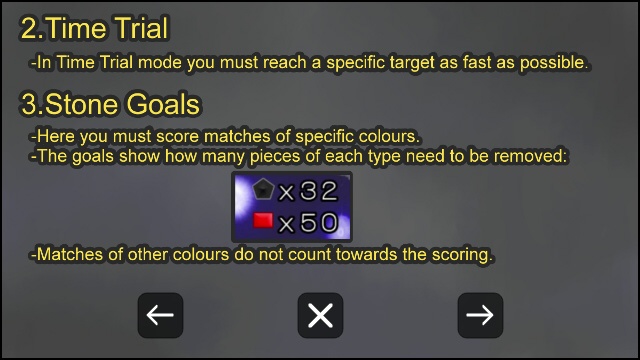 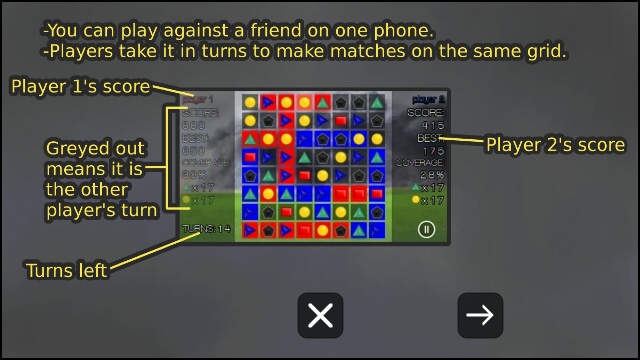 Just some of the extensive graphical Help screens... 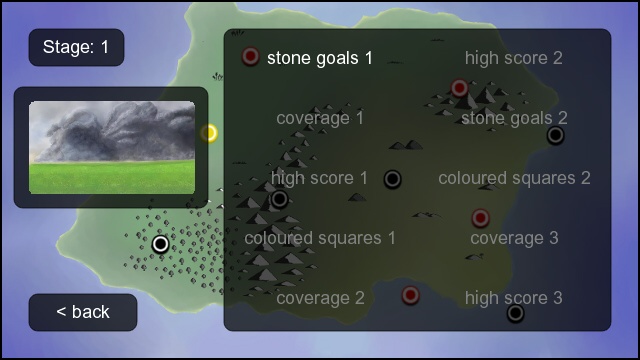 Setting off in Campaign mode, each level has a different hand-crafted background and goal... 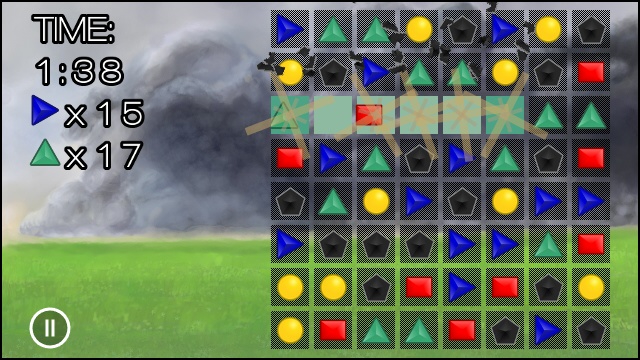 As rows or columns are matched, the shapes explode and fly off, replaced from the side from which you swiped... 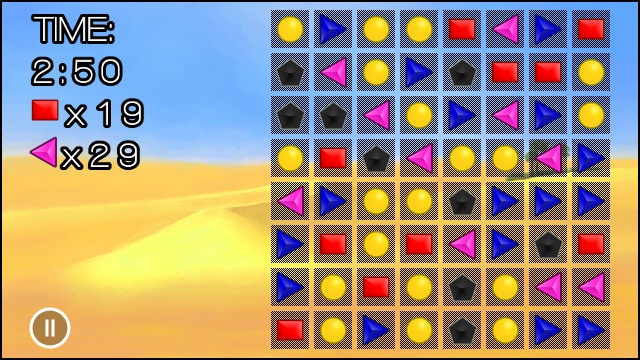 The ever-changing backdrops (per level) really do add extra freshness - full credit to the development and art team....

There's a lot of strategy involved here, in that if your goal is fifteen pink triangles, every other match needs to serve this goal, swiping away part of your playing board inventory so that more pink shapes can renter in the right lines and columns to match what you already have, and so on. As you become more familiar with PuzzleStones, this type of strategic thinking becomes second nature and gameplay becomes almost Zen-like.

And did I mention that everything, absolutely everything in PuzzleStones, is against the clock? Having time pressure (without annoying the user unduly) is one of the hallmarks of a great arcade puzzler and this title fits the bill.

Highly recommended, here in the Nokia Store for £1.50 - it's a 30MB download, on account of the music and graphics, but well worth it.