This is 2013, a full two years after Symbian was given its marching orders, yet we still see some major games being released for the hundreds of millions of existing Symbian users. Thankfully. The latest is Contre Jour, an original iOS classic that made a high profile entrance on Windows Phone recently. And now on Symbian, here in its full stereo-accompanied glory.

It's the first time I've ever seen this advice at the start of a Symbian game. If nothing else, it hints that something special is to come: 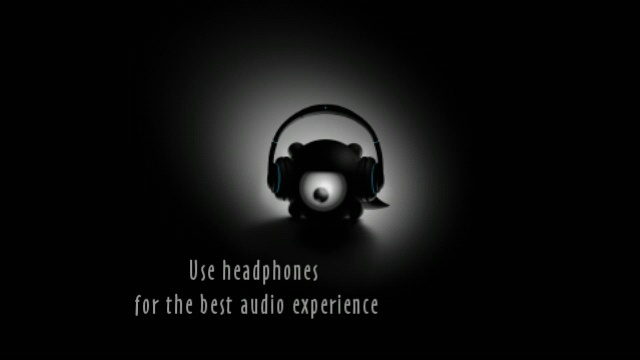 Proceeding on, with headphones plugged in, a specially composed atmospheric grand piano soundtrack starts to play. Contre Jour itself is a typical modern level-based arcade puzzler in the classic Angry Birds chapter-levels-stars model, but the gameplay itself is thankfully very original.

The first chapter ('Monsters') is very monochromatic, but subsequent chapters do get more colourful, though only subtly so, in keeping with the atmospheric feel here: 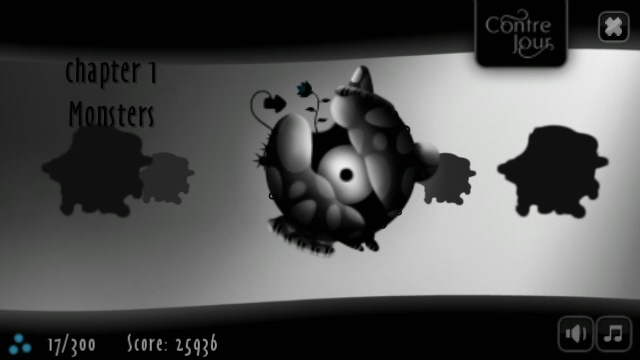 In all there are 300 levels to puzzle your way through, each unlocked by the successful completion (even with only one of the three 'blobs' - think stars - collected/earned). Thankfully, if you die during a level, you can just start it again, Angry Birds-style, over and over again until you succeed. Why change a winning game structure formula? 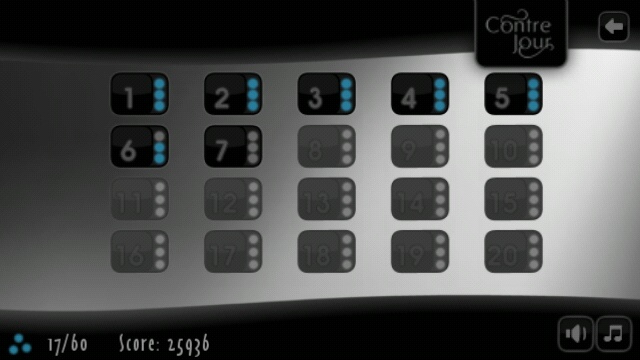 Contre Jour itself is about manipulating a small character ('Petit') around alien landscapes. The catch is that he can't move of his own volition, so you have to nudge him by pulling and stretching the organic landscape, elastic tentacles, inelastic strings and many more elements that you'll come across during the game. As each new element is introduced, hints pop up on-screen to let you know how they work: 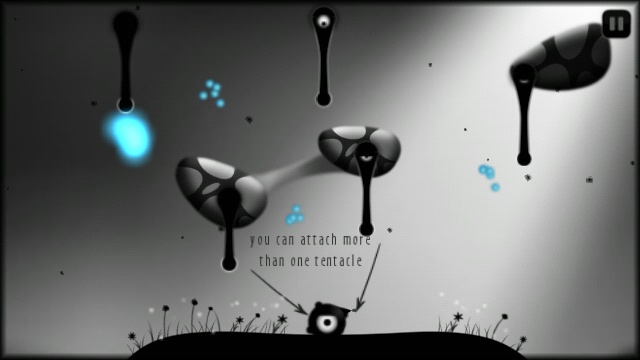 In each Contre Jour puzzle, you have to get Petit up to pick up the energy blobs scattered around and eventually onto the exit (ghostly blue) portal: 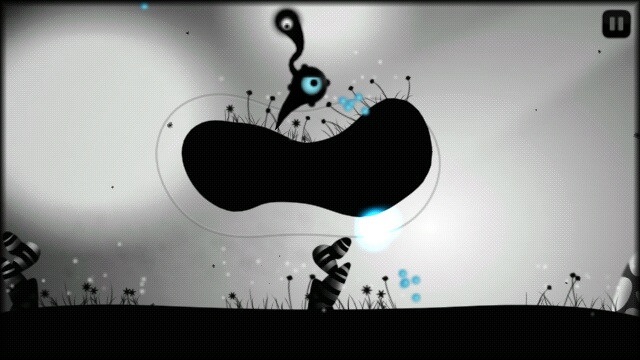 Pick up all the blobs and you have a 'perfect' level and a higher score. Note also that you're being timed - this isn't critical, but you do get more points for faster progress: 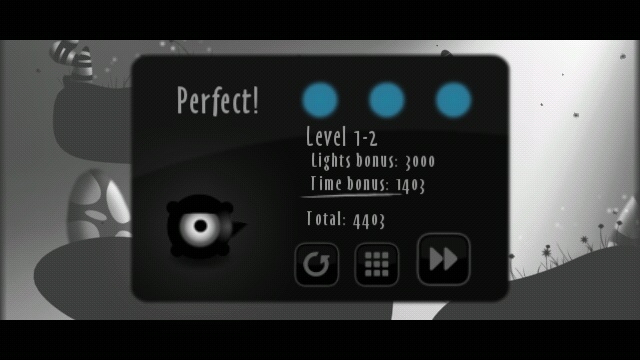 The puzzles gradually get harder and harder - Contre Jour reminded me at times of some of the landscapes and obstacles in the classic Lemmings arcader: 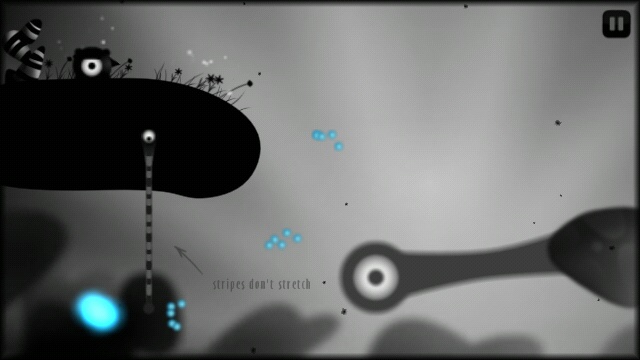 The 'physics' part of the puzzler comes into play when Petit starts moving - there's momentum in real time, and you have to time swings of tentacles and strings perfectly in order to progress: 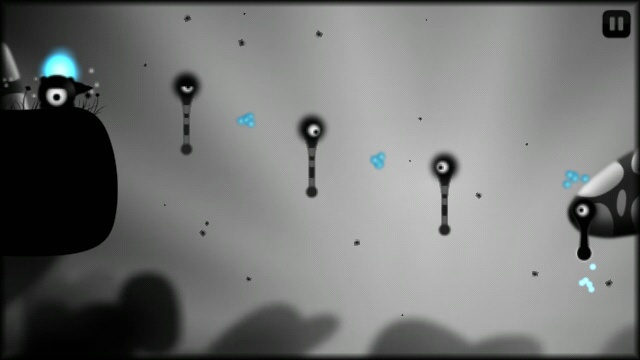 Throughout gameplay, the piano theme for that particular 'chapter' continues to play, and very lovely it is too, with sound effects for the action on-screen overlaid.

If anything, the audio is slightly overdone, in that it seems to load up Symbian's audio system too much - I experienced several audio glitches. Crackles and pops which obviously shouldn't be there. Or perhaps this was symptomatic of how far Contre Jour pushes Symbian as an OS - on the Nokia 808, which should have plenty of free RAM, I still had to close down other heavyweight applications (e.g. Store, Web) before Contre Jour would load up properly and run smoothly. Fail to do this and Contre Jour would either not start or would work with flashing, corrupted graphics. I'm sure this iOS/Windows Phone game could have been optimised a bit more, for Symbian and nHD screens - though very smooth, the graphics really shouldn't push something of the 808's calibre this hard. 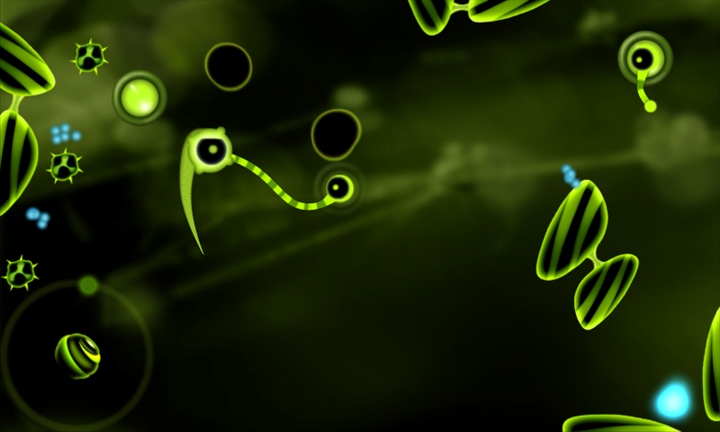 These caveats aside, Contre Jour is something of a modern classic title and it's great to have it available for Symbian. Your comments welcome, especially if you've got the time to get further than I did(!)