Tower Defence, it's a genre of game that everyone in the All About Symbian office seems happy for me to take care of; I don't know why, but I'm not complaining. Just when I thought I'd seen everything in the genre on Symbian, Fantasy Kingdom Defence popped up on our radar. This is your standard tower defence fare, but wraps it up in a cutesy medieval style. 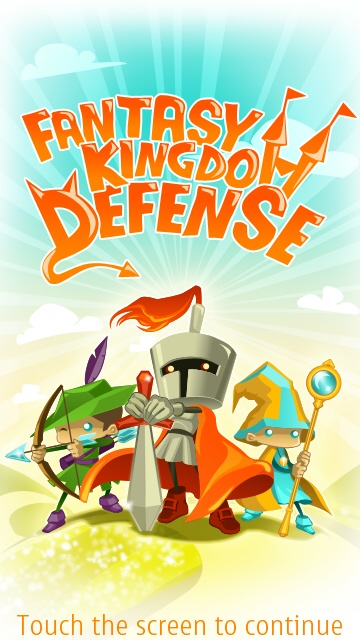 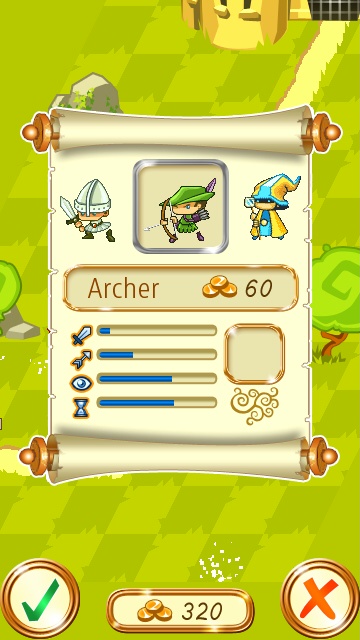 When you start playing this game, there's no excuse to not understand what's going on as there's plenty of on-screen help to get you going. As will be explained to you, the object of the game is to defend the road to your castle. At the opposite end of each road are portals (which I swear look like Stargates!) through which all manner of demons and monsters pass through, each intent on breaking into your castle. 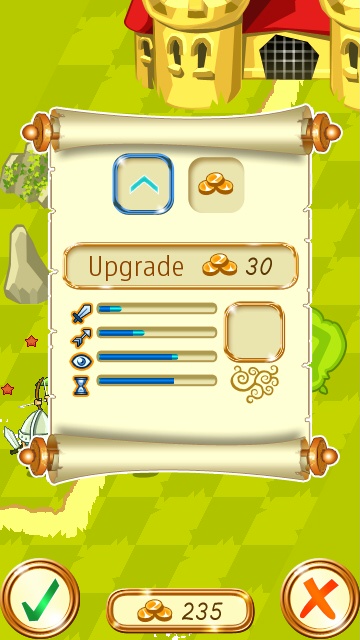 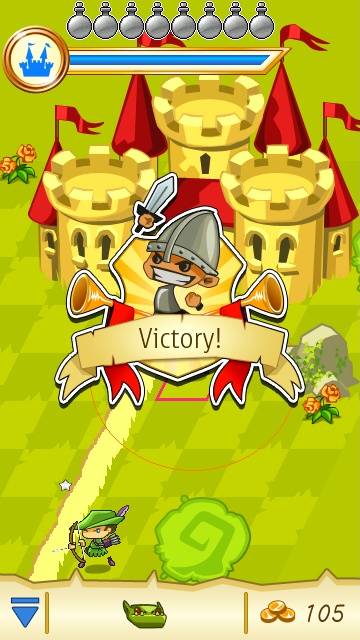 During the tower defence phase of the game, your 'resource points' are gold coins - and yes, this means there's another game, a meta game, in which you spend different points, 'gems', to buy power ups that will help you when you go into battle again.

As for the 'towers' at your disposal, they're not towers at all, they're medieval warriors. For close ranged ground-based attacks, there are knights who will hack and slash with their swords. For slightly longer ranged attacks that can also take out flying monsters, you'll need archers. Then, mages take on the roll of slow-down tower, as they cast icy spells over your enemies. There are other warrior classes that can be unlocked later as you build up more gems. 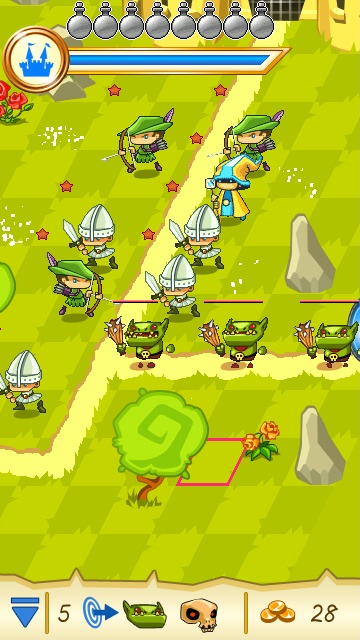 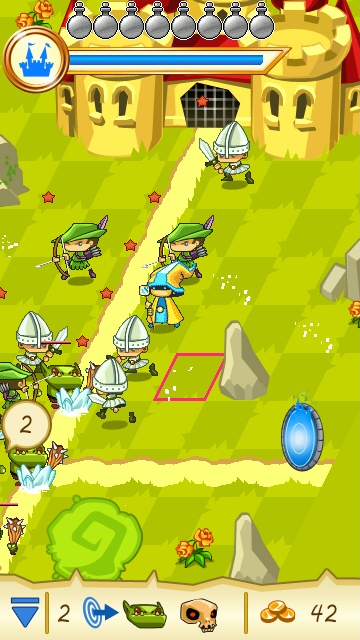 As ever in tower defence games, you can spend additional gold to upgrade your defenders. The question of whether to prioritise upgrades or building more towers will be different for different games, depending how they are balanced. In this case though, I found it was better to have more towers than just a few really strong ones.

You can also upgrade your castle with gems, which is unusual for this type of game. Upgrades include weapon emplacements and a stronger portcullis which eventually can be replaced with an iron door. You can even purchase dragons to guard your castle.

The game is a challenge when played at the hard level, but even when repeating the same level over and over, it failed to get too boring, as there are so many ways that each level can be approached. Therefore, this game should have a reasonable longevity for tower defence fans. 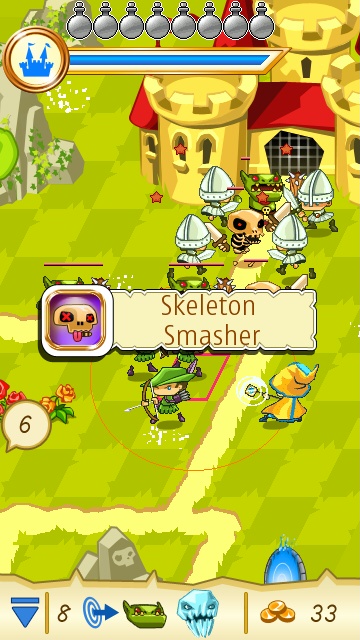 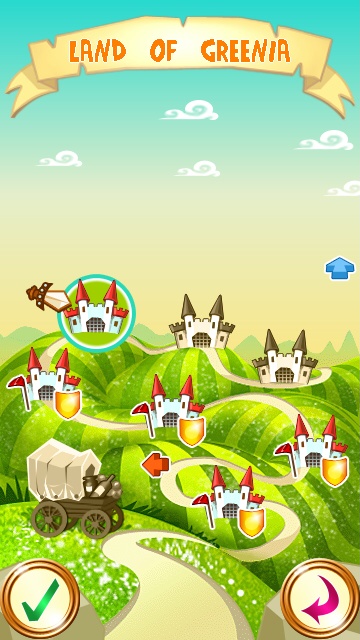 The graphics of the game look great, really matching up to the promotional artwork. The scale of the game sprites increase the visual quality but also mean that things feel slightly cramped on screen. The degree of this is entirely forgivable though.

Fantasy Kingdom Defence is free in the Nokia Store, which is great value, but note that in-app purchases are offered to buy gems and upgrades. This is a lesser used way of monetizing games, so good on the developers for trying it out. However, I must pass on a cautionary note that in-app purchases can build up pretty quickly and make the game more expensive in the long-run. So spend carefully!