Review: Draky and the Twilight Castle

Draky and the Twilight Castle is a quirky adventure game. It tells the tale of two children who explore the home of Baron Von Draky and how they run in to trouble when it turns out that the legendary Baron is actually a vampire. If you think you have the reactions, the memory, and the puzzle solving skills to get the kids out alive, then step inside, if you dare.

Draky and the Twilight Castle is an overhead 2D adventure puzzle game. As mentioned above, you control two children: Johnny and Lucy. Neither has a particular set of skills to differentiate them from each other. However, Lucy is more likely to attract Draky who will feed on her and turn her into a vampire. That's not to say Johnny is safe from this fate, though. 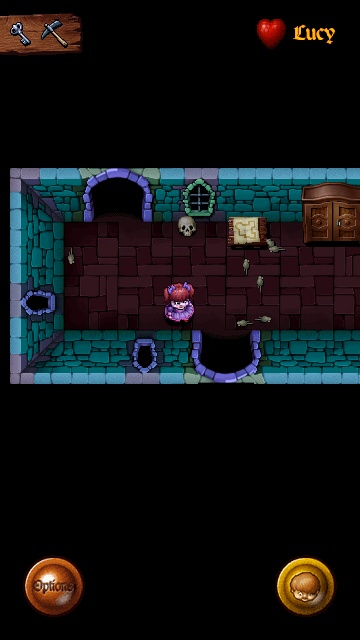 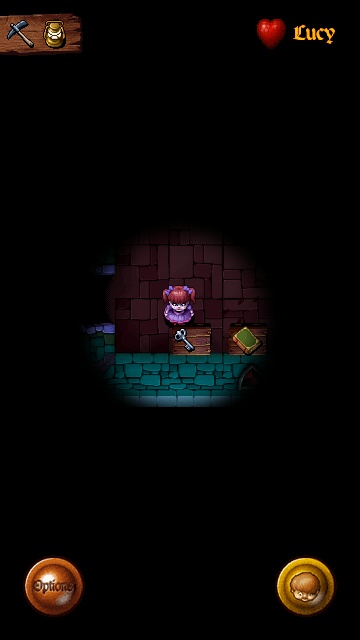 Wandering around Draky's castle is a dangerous affair, as the children will stumble across rats, bats and headless zombies. In turn, these creatures scare the kids, and that is how damage is measured, their heart rate goes up and up until they are scared to death!

There are puzzles to solve throughout the castle, in order to find more areas that are required to either bring one of the kids back to life or to help them escape the castle and win the game. 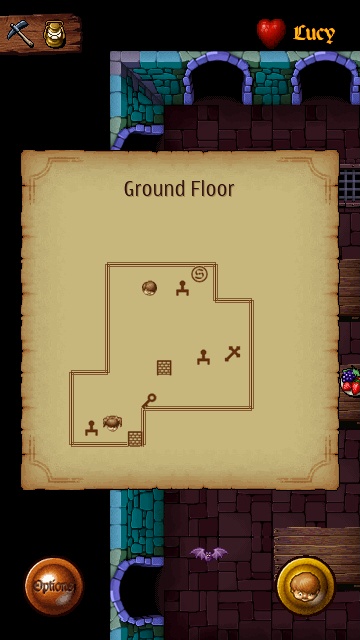 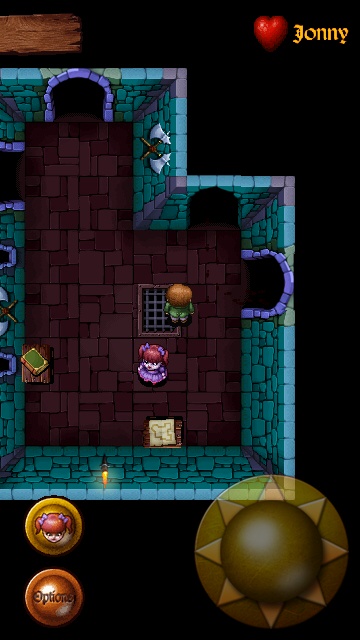 Puzzles are solved by retrieving items from the castle and putting them to use in the right place – such as a pick axe to dig through an X mark in the floor of one of the rooms.

If you're thinking that one could just easily learn the layout of the castle and slowly get better at finding your way around, you'd be wrong. The castle layout is rearranged every time you start a new game. This is actually explained in the game's plot as a magic spell Draky cast over his home. 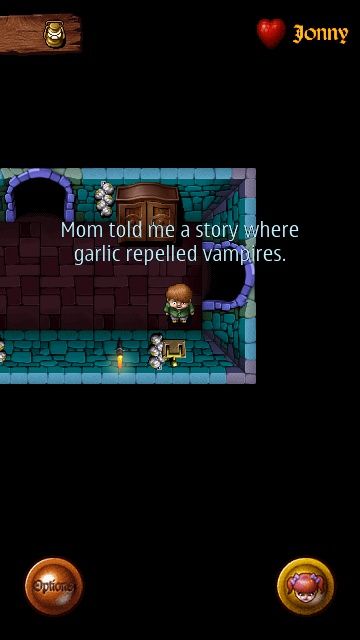 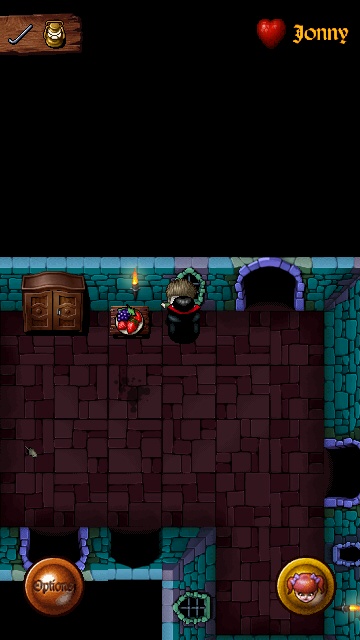 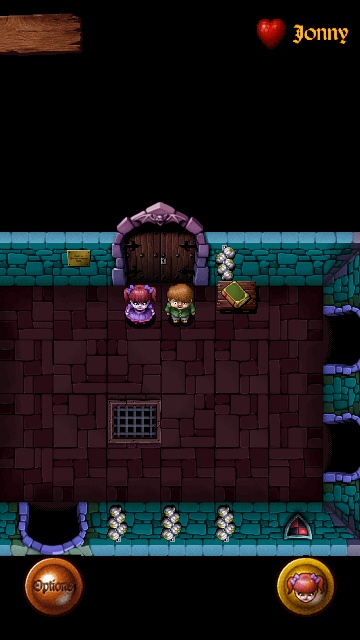 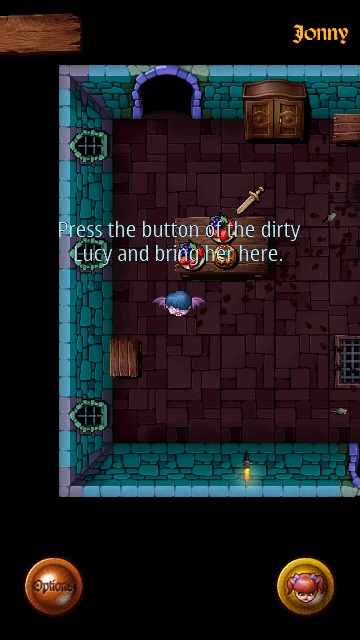 I found that the game was incredibly tricky to make any progress with, and so decided to buy the premium version too. The game guide actually turns out to be a stream of help pages – in the form of 54 pages of plain text, with no hyperlinks to chapters. I quickly skimmed through it, but I felt it was far from a user friendly solution. 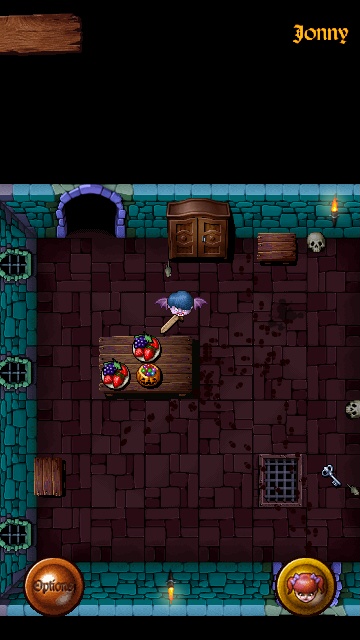 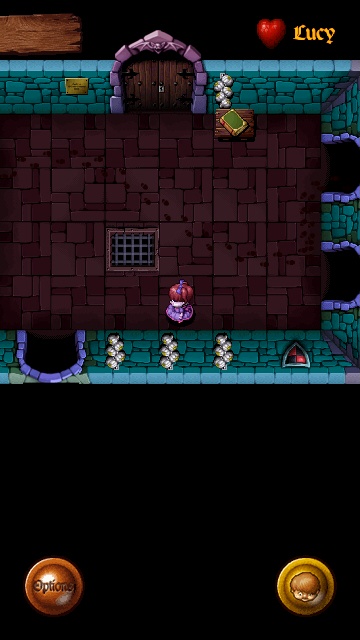 Reading through the game guide was somewhat disturbing too, especially so reading that Baron Von Draky is in love with Lucy and will try to seduce her before he eventually takes her blood. The game guide makes it quite clear that Lucy is a child, and so talking about seducing her is highly inappropriate. 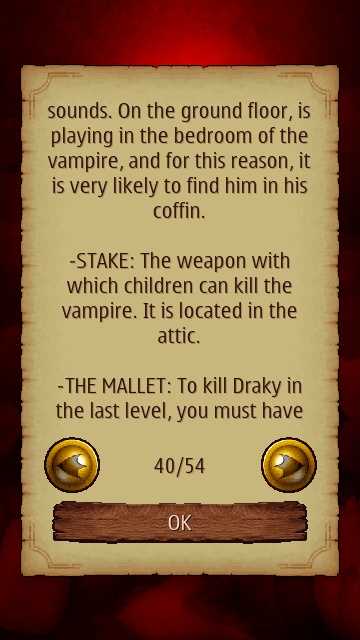 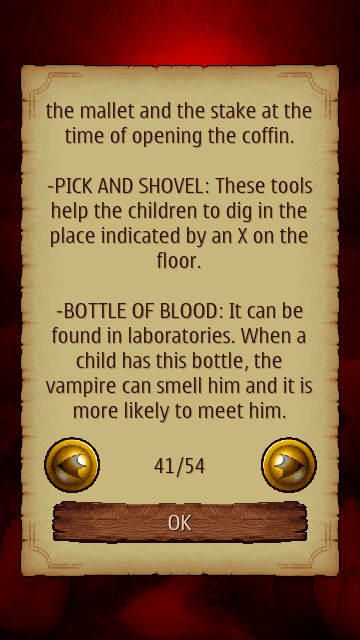 A final nail in the coffin (see what I did there?!) is the control method. There is a choice of an on-screen D-Pad or 'free input' where the whole screen consists of an invisible D-Pad and so you touch in the direction you want to go. Neither solution works very well when you are trying to make precise movements (to pick up an object, etc), or running away from Draky and getting around obstacles in the room.

Overall, I found Draky and the Twilight Castle to be frustrating and almost unplayable. You can find various versions in the Nokia Store, Draky LITE! (free), Draky and The Twilight Castle! (£1), Draky - PREMIUM EDITION! (£1.50, inc game guide).