Keeping on with summer blockbuster tie-ins, we're looking at the game of Pixar's latest movie, Brave. The film is set in 10th Century Scotland and tells the tale of the teenage princess Merida, who is trying to win her freedom from the life that has been mapped out for her from before her birth.  The game tie-in is a 2D sideways scrolling adventure that follows the events of the film – do you have what it takes to win your (or Merida's) freedom? 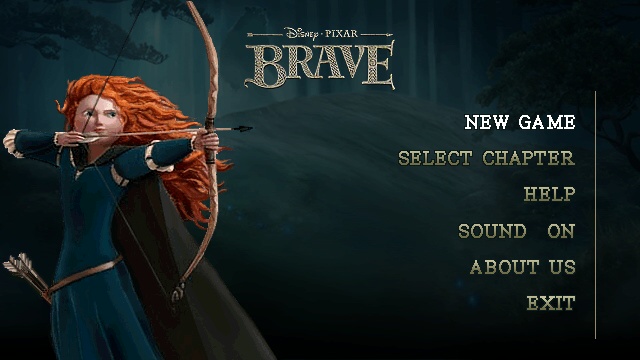 The developers (Indiagames Ltd.) are a considerate lot, going by the amount and quality of help included in the Symbian version of Brave. The game is frequently punctuated with in-game dialogues, not just of exchanges between characters, but also with instructions on how you should play ensuing parts of the game and control Merida on her adventure. 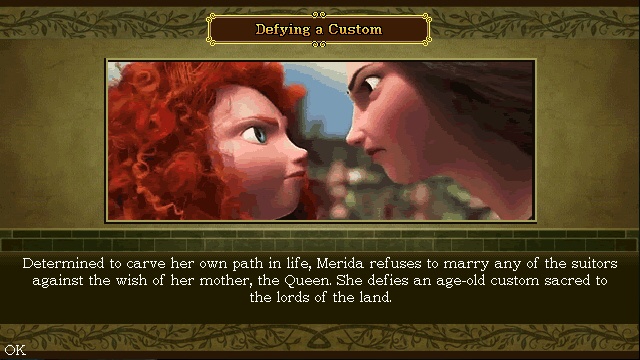 In-game sequences telling the story of the film

Speaking of controls, Brave follows the now standard method of creating a virtual D-pad. Unusually though, there's no right-hand buttons – the nine-way d-pad under your left thumb is all you have, so your right hand is there just to balance the handset. 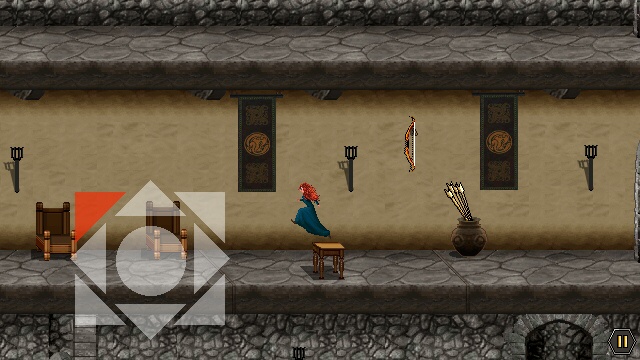 Because of the dialogue mentioned above, the game feels very friendly – since Brave is a family film, it feels as if this has been written towards easing children into its gameplay. Not so much that an adult player would feel condescended to though! 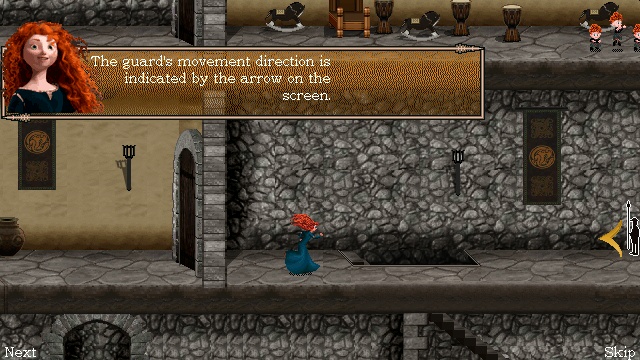 Keeping on the family theme, even though Merida does get to use weapons, the game is not about combat. Instead, Merida mostly has to use stealth to get around. This is evident in the first chapter of the game when she has to escape her castle to start out on her adventure. Rather than beating up guards as most games would have you do, Merida has to hide in cupboards and behind corners – anything to not be spotted.

In the context of the game, this makes perfect sense – why would she turn on her family staff?! Nonetheless, it gives the game a sense of charm that many button-bashing combat games lack. And it's much more family friendly too! 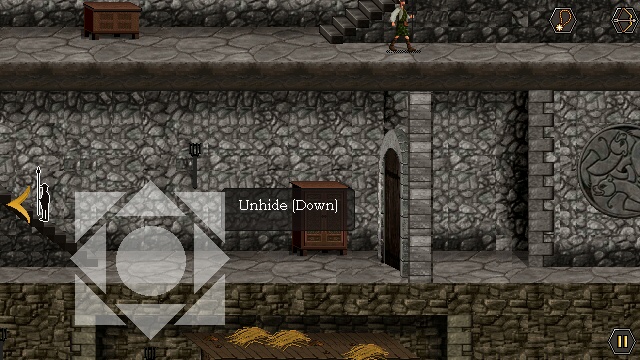 The rest of the game has you completing little quests that mirror the story arc of the film. There are also levels that depart from the stealthy gameplay – in the second chapter of the game, you'll be riding Merida's horse and have to safely get through a forest that is beset with hazards.

Unfortunately, Brave is somewhat lacking in the graphics and animation department, All of the graphics look quite pixelated – even the still captures of characters from the film that should be pin sharp looked dithered. 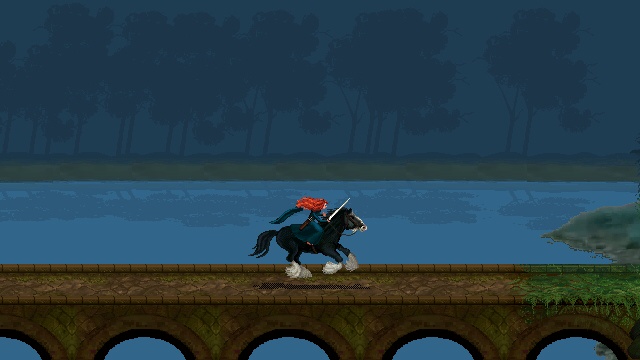 In addition, the animation is jerky. Much of the gameplay in Brave depends on timing, whether it be avoiding a guard or jumping Merida's horse over a log. However, as the game reacts so slowly, it somewhat spoils your chances of getting the timing right.

The poor responsivity of the game is what ultimately spoilt it for me. I found myself having to repeat parts of the game so many times that I quickly became bored and didn't want to play it anymore. Even worse was having to wait for a full screen advertisement to load after every game-over screen!

It is a real shame that Brave has been let down like this, because it is otherwise a lovely video game interpretation of the film it's promoting and it could have been the ideal title to keep the kids occupied while travelling.

Brave is free in the Nokia Store.