Calling all comic book fans – if your Spidey sense is tingling for a good old fashioned beat 'em up romp, then we might have a game for you. The Amazing Spiderman is the official game tie-in for the latest Spiderman reboot of the same name. Bucking the trend of modern 3D adventure games, as seen in Ultimate Spiderman: Total Mayhem HD, The Amazing Spiderman takes us back to the old days of consoles where arcane button sequences were used to access special combat moves and combinations. How well does it work on a 3.5" touchscreen phone?

After seeing the 3D graphical extravaganza of Ultimate Spiderman: Total Mayhem HD, I was surprised to see that this latest Spiderman tie-in was a quaint 2D side-scrolling style game. Having said that, its design language is spot-on with game menus being made up like The Daily Bugle newspaper, which is where Spiderman does his day job as photographer under his secret identity of Peter Parker. 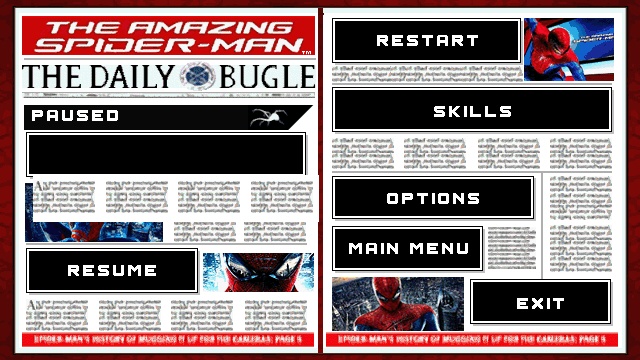 As you find your way around the menus, you'll find there are a LOT of help pages, most of which form a manual on how to control your friendly neighbourhood Spiderman. It's good that they're there, as it absolutely has to be spelt out how to control Spidey, or you'll be left fruitlessly mashing (on-screen) buttons.

Here's where we find the rub of this game though – there are twenty six help pages. Most contain button combinations for the many moves you can perform, and you have to memorise all of them! This brings back memories of buying computer games for my ZX Spectrum when I was a boy. Boxed games would come with printed instructions – more than you could reasonably remember. This is why gaming developed more natural control methods, and the likes of Street Fighter 2 and Mortal Kombat fell out of favour. 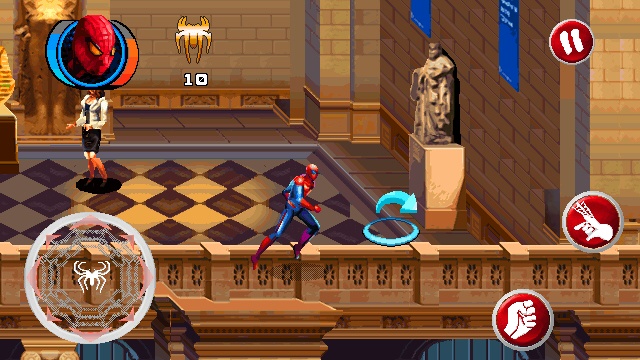 The graphics of the new Amazing Spiderman look equally dated, with 2D animated sprites and dithered colours. While the game plays smoothly, the relatively sparse animation steps for all the sprites create a sense of jerkiness, so much so that it's difficult to time any of the combinations you may have learned.

Such gripes aside, the game does a great job of presenting itself as an authentic part of the Spiderman comic series. There are sequences of dialogue between gameplay sessions, where Spiderman speaks with his characteristic brevity. You'll also find the well-known Spiderman villains. This is where I start to find things to complain about again. This game has been released with the poster of the latest Spiderman movie. Therefore, it's reasonable to expect that you would be playing a game based on the plot of that movie. That's not the case and instead the game's story, such that it is, is more like a general 'day in the life of Spiderman'. 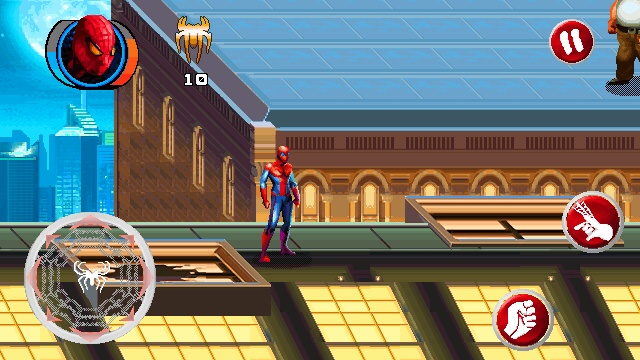 Coming back to the general gameplay, the complicated array of moves do try to encourage fun action sequences. For example, you can sling a web at someone, and then throw them back and forth, over your head, like in an episode of Looney Toons; or you can punch a thug, pick him up and use him as a club to hit his accomplices. The learning process of special moves is helped by introducing one at a time between levels, which does, admittedly, give you chance to focus on one skill at a time. 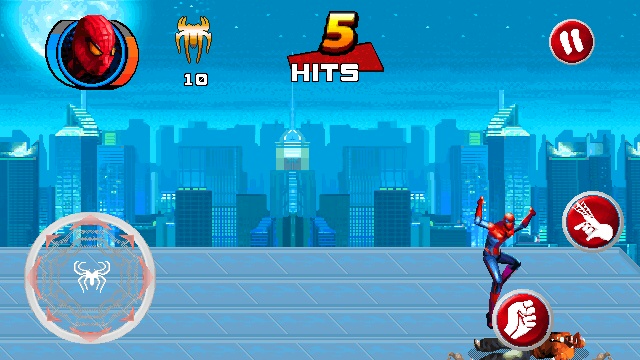 As you make your way through the streets of New York, you'll find various Power-Ups, like fast food to replenish your strength, and Spidey coins which will be saved up for you to spend on new abilities between levels. This latter aspect of the game is perhaps the most interesting as it lets you develop your own version of Spiderman. For example, if you were Spiderman would you concentrate on building your ability to absorb hits from bad guys, or would you rely on the ability to do as much damage as possible while leaving yourself vulnerable to blows, etc. 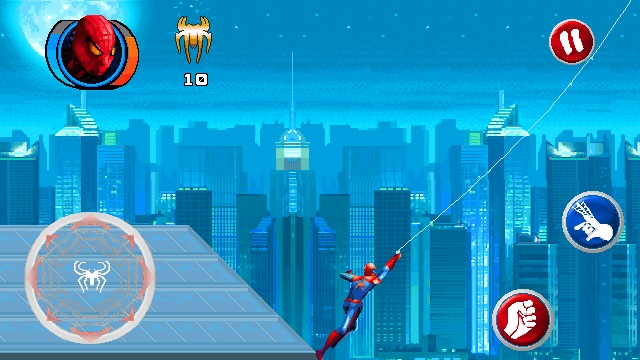 To break up the monotony of patrolling the streets of New York, there are "Rush" levels where you find yourself in various high speed action sequences. For example, level 2 ends with Spiderman taking a severed car door, and using it as a surf board after he tethers himself to the villain's get away truck. This then forms the basis of the Rush level  that follows, in which you have to stay attached to the truck while avoiding all manner of hazards that are thrown at you as the bad guys desperately try to get rid of you. I`m not quite sure why they don't simply cut Spiderman's webbing, but never mind! 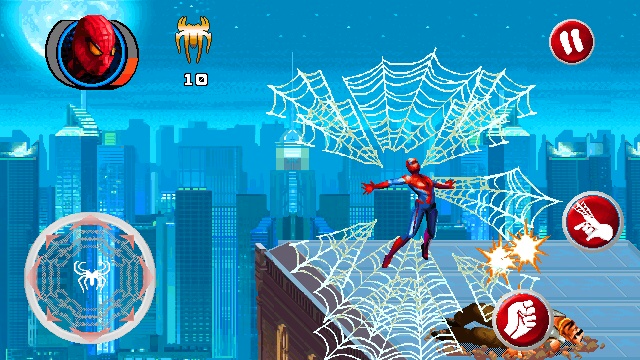 Perhaps you can tell I made an effort to find something good to say about The Amazing Spiderman. Unfortunately, that was difficult, and disappointing, as I had high hopes for this game, and expected to see something that would really complement the new movie franchise. Alas, there has been no effort to tie this to the new movie at all, and as such this game could have been released at any time. Furthermore, the gameplay is working from an old formula which is not used anymore – for good reason – and works even less well on a 3.5" piece of glass than it did on video game controllers!

While the game tries to be clever with all the combat moves and combinations, its gameplay inevitably falls into mindless button bashing. If you were expecting a more sophisticated adventure, then The Amazing Spiderman is anything but amazing, and doesn't warrent the £3.00 price tag.

If you're desperate for some Spiderman action, I suggest you read our review of Ultimate Spiderman: Total Mayhem HD.