Informed sources claim that the developers of this little camera utility pack, Scalado (much of which has just been acquired by Nokia), also have some of their IP inside the Nokia 808 PureView, so you shouldn't be surprised that Camera Lover Pack is pretty slick and polished. The pack has been out for a while, but has just been issued with a v1.1.9 update that's compatible with the 808, making this a good moment to give it the formal review treatment on the device whose imaging it helps power. The result: fabulous speed on the 808, though 90% of the range of effects on offer will be viewed as gimmicks by most owners. 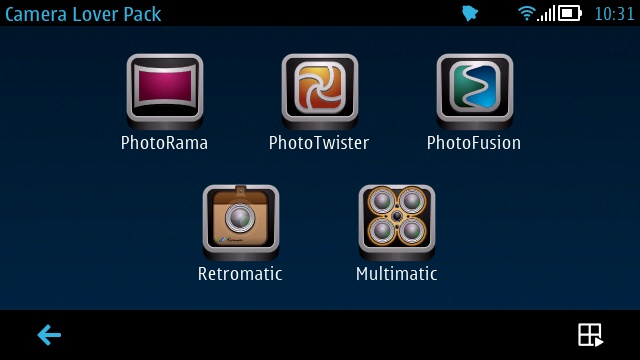 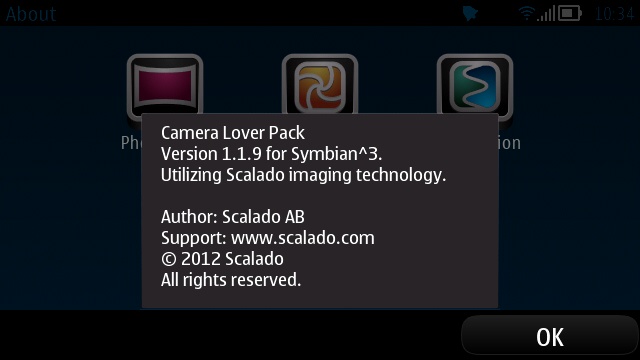 Camera Lover Pack, as the name suggests, is a pack of (five) utilities that all use your Symbian smartphone's camera to take photos in different, usually less serious, ways. I wouldn't normally have given such a pack the time of day, but I was curious as to at least two of the modules: PhotoRama and PhotoFusion, one because it's useful and the second because it's downright novel. Plus I noted that, unlike other photographic novelties, the Scalado suite usually managed to take snaps at good resolutions. And by this time I was intrigued by the other modules in the package....

But let's take a look at the whole suite. Obviously, Camera Lover Pack stands apart from the main Symbian Camera application, so you have to start it from its own icon or shortcut. Moreover, you also can't load in photos you've previously taken and manipulate them, which is a bit disappointing - you have to think ahead of time that you want to apply these effects and transformations and use these utilities to take the photos instead of the default Camera.

Whether that's a showstopper or not will depend on which of these 'extra' utilities you fancy trying out and when.

The utility with the least interface here and yet with the most practical use, PhotoRama is a traditional 'panorama' capture tool, handy since all of the current Symbian smartphones don't have this built in. You line-up your shot and take three photos, guided by the on-screen frame guide. Only the first actually needs a shutter press, and after the third is taken the panorama is automatically presented for inspection. And very quickly too, at least on the image-accelerated 808 PureView. 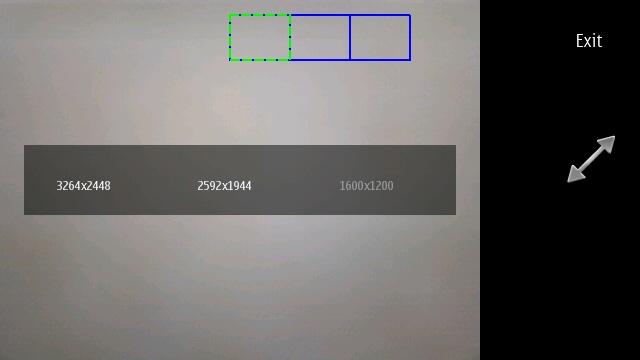 Three resolutions are available, though note that the final panoramas will be smaller in the vertical dimension, depending on how precise you are with your swivelling of the shots and how many 'rows' of pixels end up needing to be binned.

Results are quite good, certainly up with those from other such utilities (e.g. Nokia Panorama) and yet with higher resolution and greater speed. The only real downside is that only three photos can be taken - I'd have like to have seen up to five.

Here are a couple of the panoramas I shot, click each to enlarge to full resolution:

In cases, the 'joins' are fairly obvious but quality is kept reasonably high and I'd certainly be tempted to use this from time to time. With only three images stitched together, the result is perhaps less of a panorama and more of a super-wide photo, but I'm certainly giving PhotoRama a pass.

The idea here is familiar - to apply physical (i.e. distortion) or photo (i.e. messing with pixel values) effects. Think Instagram on steroids, though again Sacalado score by providing an output resolution that goes up to full 8 megapixels. Focussing is done by long pressing on the display and seems to work well, though given that you're about to mangle the image horribly, I suspect a precise focus isn't critical anyway. 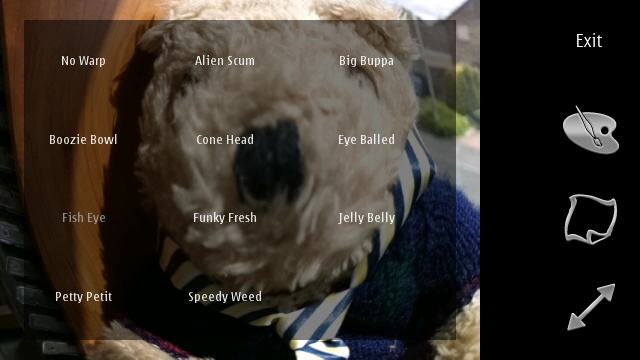 Here are a couple of examples from the 'Paint' palette: 'Paint' and 'Sketch Colour': 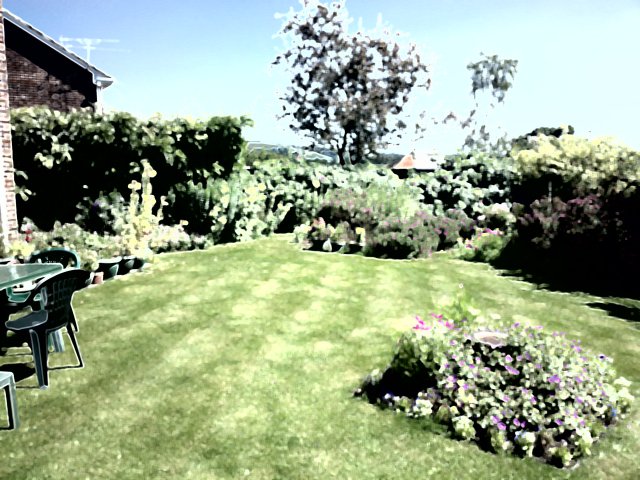 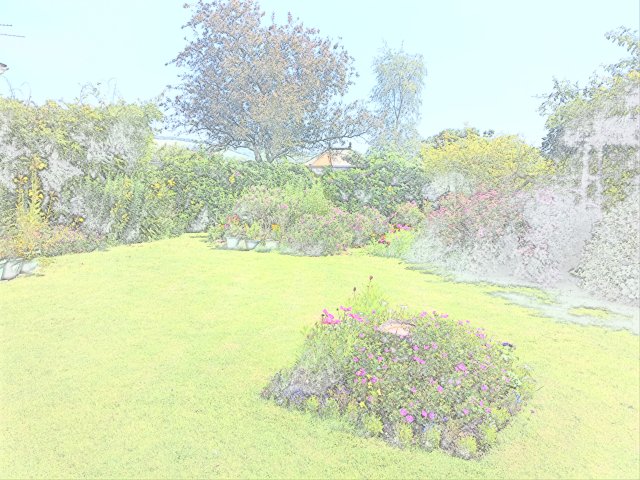 In each case you get to instantly preview the effect at screen resolution and then 'Save' it to the full resolution JPG, a process which takes between one and five seconds, depending on the effect chosen: 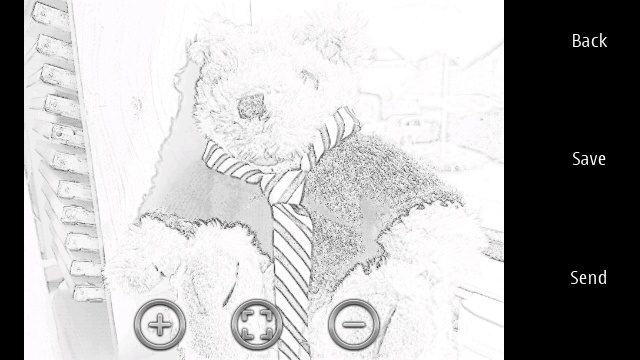 The concept here is to combine two images in a 'fun' way. Which is at least quite novel, though after some experimentation I wasn't really happy with any of my results. It seems - and this is a shocker - that trying to 'fuse' two disparate photos together always looks ugly. Who knew?(!)

Again, there's no way to load in photos from disk or from your Gallery, so you're restricted by the subjects around you. First you choose the template, e.g. 'Human landscape': 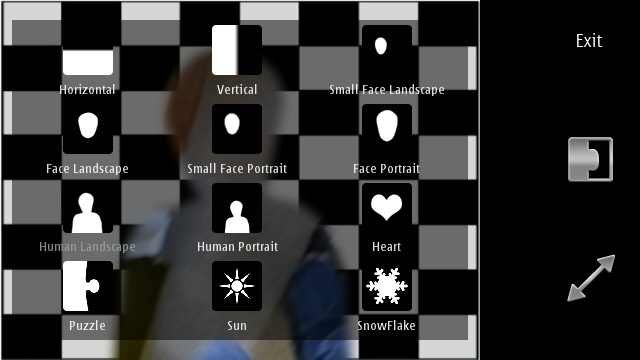 Then line up your foreground 'human' within the rough template provided: 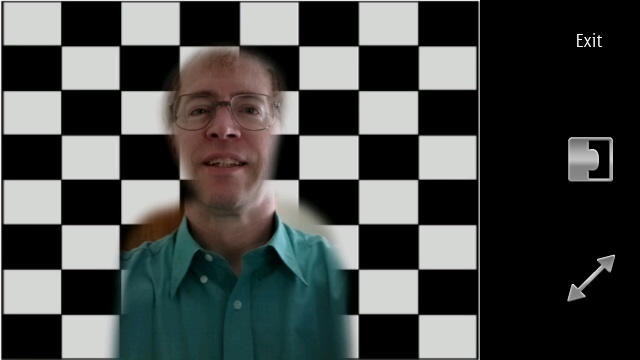 ...And then snap an appropriate background, again with instant preview and then the option to save to full resolution. 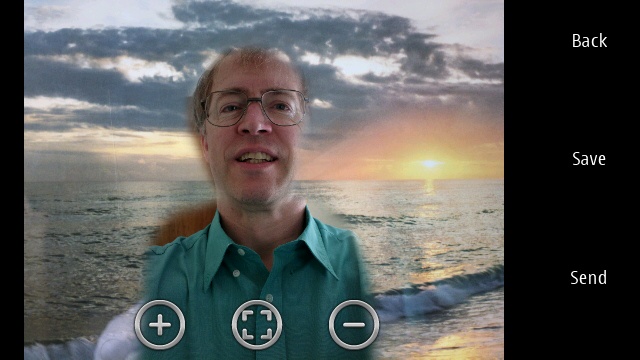 We're still in gimmick/'fun' territory here and the purist in me screams 'foul play', but at least PhotoFusion is trying something different. Here's the 'Sun' option at work, showing a flower macro against a nice blue sky: 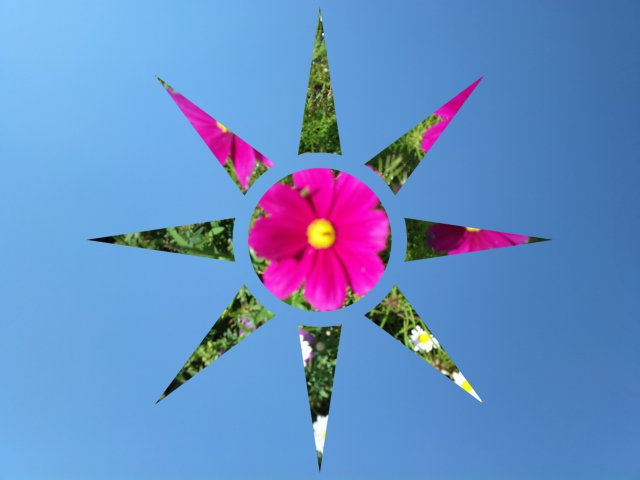 There's amusement to be had here, but probably little else to anyone who knows what they're doing with a camera or camera phone.

Oh dear, oh dear. Slap bang in Instagram 'let's try and ruin every photo that gets taken' territory, the idea here is to apply a variety of retro filters to make shots seem like they were taken on a film-based camera back in the early 1900s. But don't let my scorn for the idea give you the wrong idea - Scalado's interface here is nicely themed with the concept and slickly implemented, just as in the rest of Camera Lover Pack. 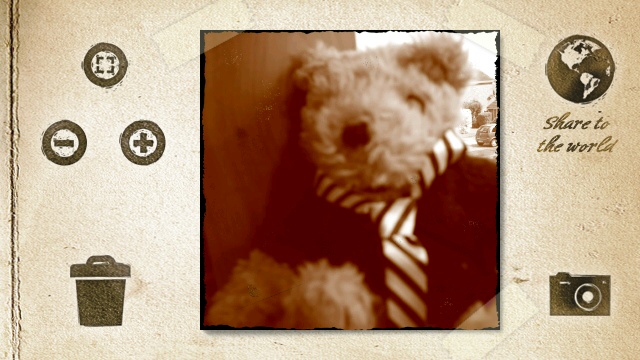 Another example of Retromatic's output, this is the garden snapped with it. Looks - absolutely - as it if it was taken in 1960, complete with 'transparency' surround. But why on God's earth would anyone want their photo to look ten generations inferior to how it can look today? 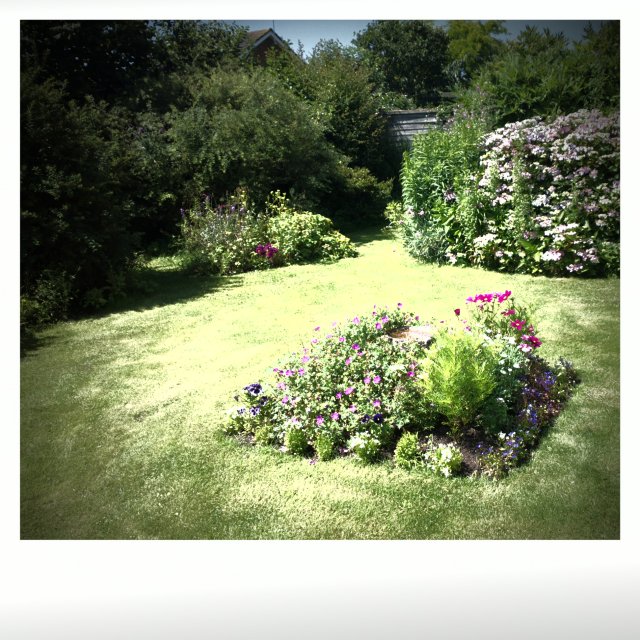 You'd have thought that there's little value in capturing a quick succession of snaps - after all, isn't that what video's for? However, there's something fascinating about creating these film-strip like sequences - they'd be ideal for putting up on display boards at an event to illustrate something, for example. 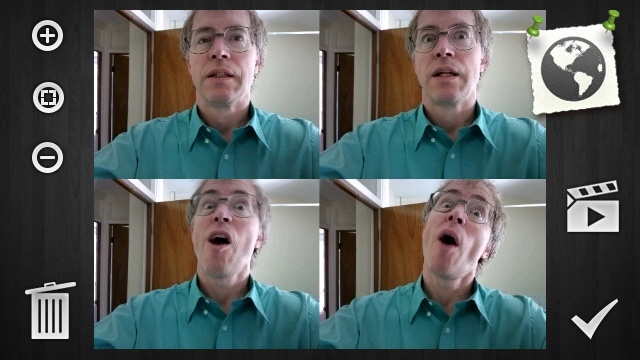 You just set the delay between each shot - the default is 0.2s, probably the lowest possible on current hardware - and the number of shots needed and then hit the button when the time comes to capture something. Someone running or performing a sport is ideal:

And, as with all the utilities in this pack, there's the chance to 'Send' your creation out via email, Bluetooth or Whatsapp (if installed). There are no social sharing hooks here, so it's up to you to share the images using the Twitter or Facebook clients of choice.

At £1.50, or free if, like most people, you got offered this as part of a Nokia Store 'promotion', you can't really argue with the value for money aspect in Camera Lover Pack. Whether you actually need any of its functions is another matter - I'd buy/install it just for the panorama function, if only because capturing a panorama is one of those few occasions where you know in advance what you want to with an image.

The other effects and experiments here are all hampered by some degree to not being applicable to existing photos. So you snap a quirky subject then, a few minutes later think 'that would be really cool with such and such an effect applied', but the moment's passed and you just have your 'as is' shot - whereupon other third party utilities are available in the Nokia Store that can load in images from Gallery and are therefore a better bet.

Worth grabbing though, especially if it's a freebie for you.