Do you like the idea of cybernetic enhancements, and being guided through a mysterious mission by an enigmatic artificial intelligence? If so, chances you're probably a cyberpunk fan and you've maybe read William Gibson's Neuromancer. With Cyberlords Arcology we have an adventure set in the next century where you control a team of hackers and weapon specialists, as you explore the city of Asgard Arcology. Despite the futuristic theme, it's a good old fashioned role playing adventure game. If you're interested, download our review into your neural implant! 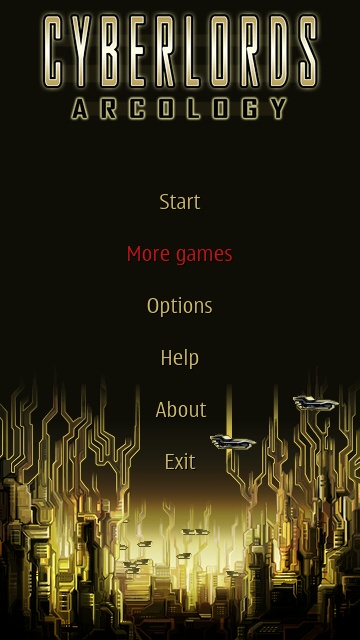 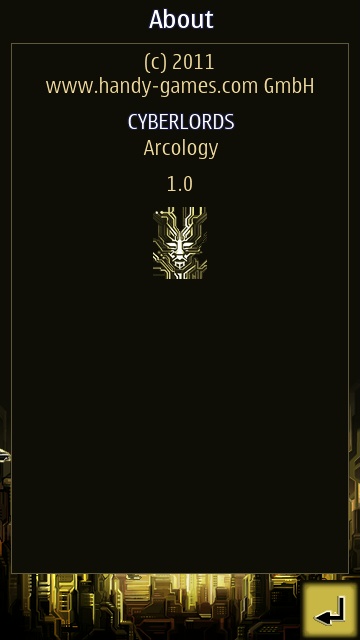 At its core, Cyberlords Arcology is a 2D scrolling adventure game. It begins with you playing as the primary character, Jesse, who wakes up in the city hospital. Your memories slowly return of how you were attacked by three men, and that is the last thing you remember before waking up in the hospital. As you gather your memories (as told by interstitial dialogues) a strange artificial intelligence called "Omega" contacts you, advising you to break out of the hospital. 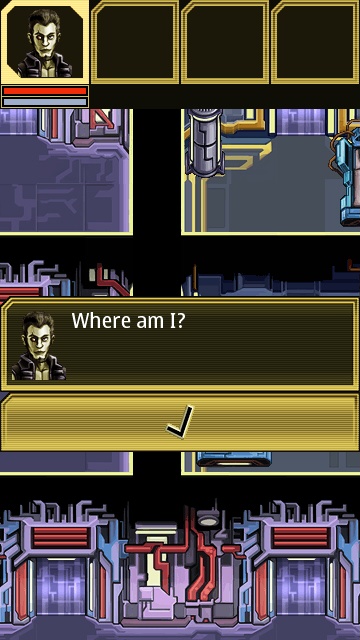 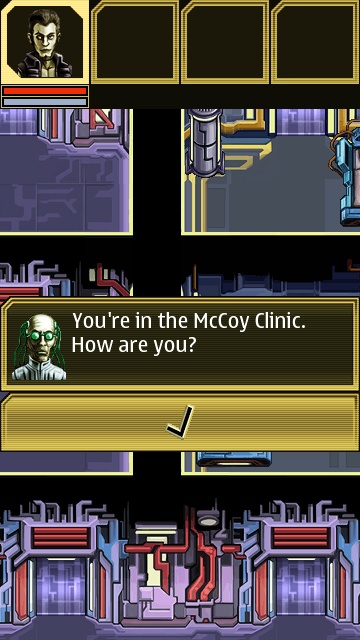 Waking up in hospital

In the early chapters of the game you quickly build up your team as you explore, and Omega introduces you to key concepts like searching containers, talking to people and engaging in combat. Besides running around, those are actually the only actions at your disposal. However, as you advance and search containers and bodies of your despatched foes, you'll gain increasingly advanced weapons and armour. At this point, the game turns into a traditional role playing game (RPG) as you begin to calculate hit points and damage points per second. 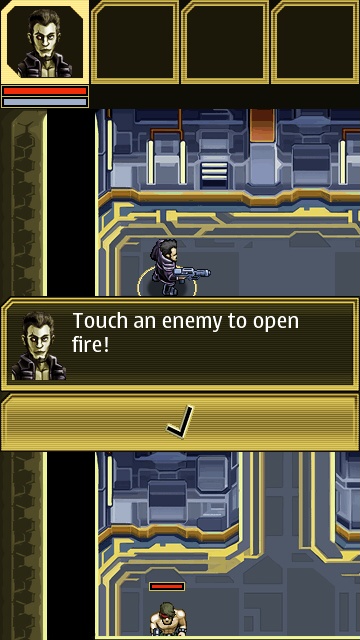 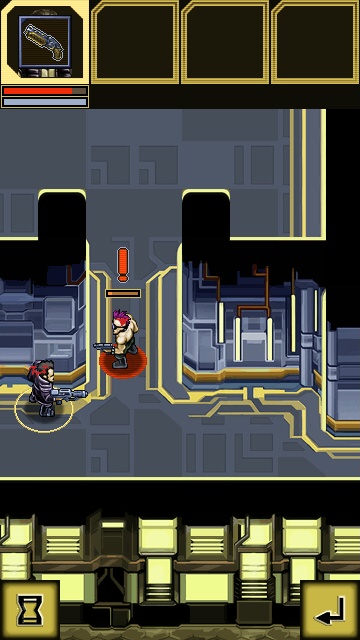 As with any RPG, it's not just weapons and armour – there are enhancements too, which are delivered as cybernetic implants – in keeping with the cyberpunk theme – that bestow additional abilities or increase basic skills. Blueprints for new implants are discovered (or looted) throughout the game, but you'll have to head back to a doctor to build and install the implant to the selected member of your team. 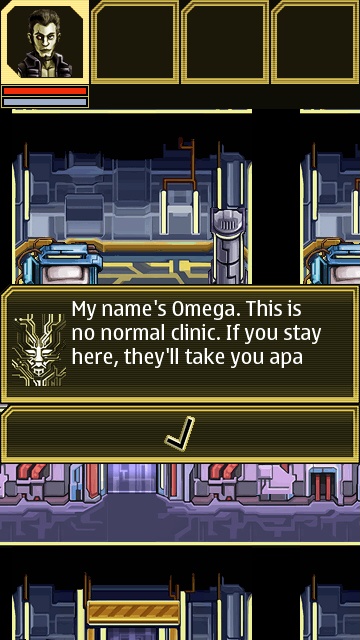 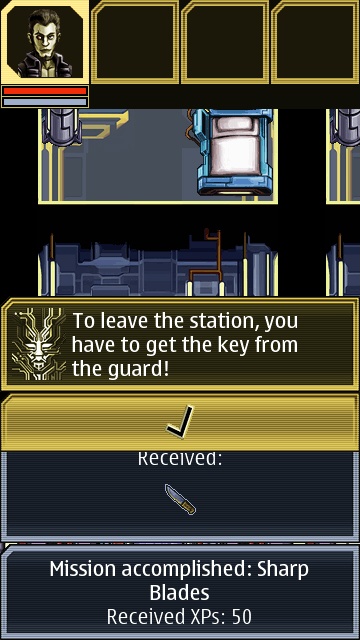 Omega guides you throughout the game

With regard to the team that you control, there are four members who you can kit-out as you see fit – it pays to develop them as specialists. The two female members of the team already have special abilities, one for throwing explosives (and being able to use two different types of weapon), and the other for hacking computers and robots. For example, you could develop one of the guys as a melee fighter, giving him close-quarters weapons and high armour, who will take all the hits from enemies (i.e. "tanking"), while the rest of your team shoot from a safe distance. Similarly, you could make another member into a kind of sniper character by increasing his/her long-range accuracy and firing speed. There are lots of options, but it is difficult to plan ahead as you never quite know what equipment you're going to loot. However, as you loot more cash, you will come across arms dealers who you can revisit and (predictably!) buy better equipment from. 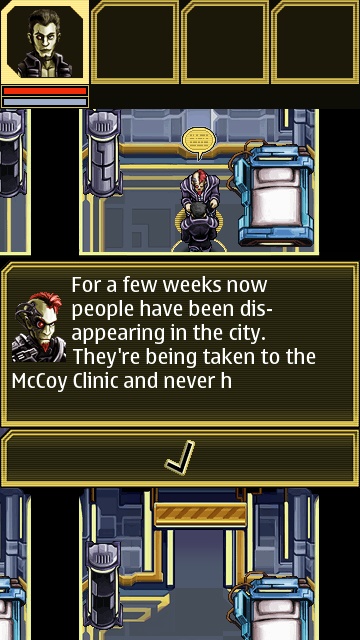 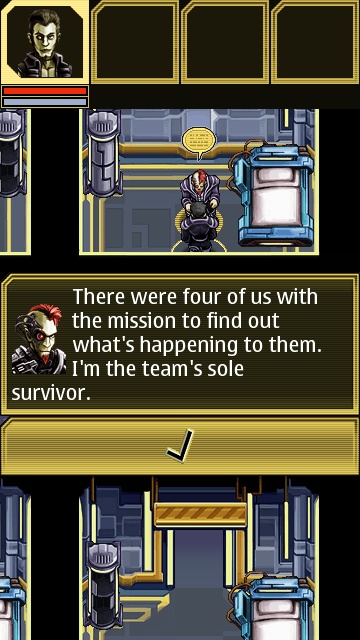 Building up your team

You'll notice the hour glass icon in the bottom-left corner of the screen. This freezes time, allowing you to plan your combat moves. You can give each member of the team a target to work on with any particular weapon or skill. This is a welcome feature as the user interface does not lend itself well to real-time reactions in a combat situation. 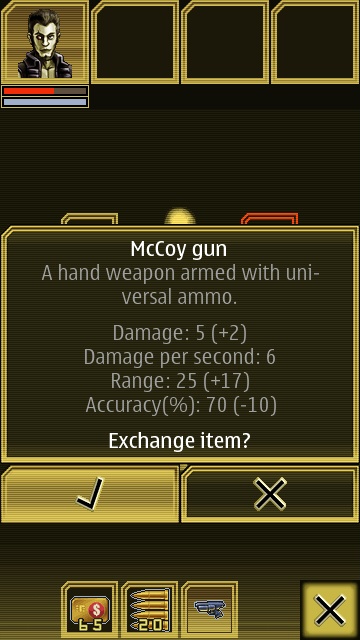 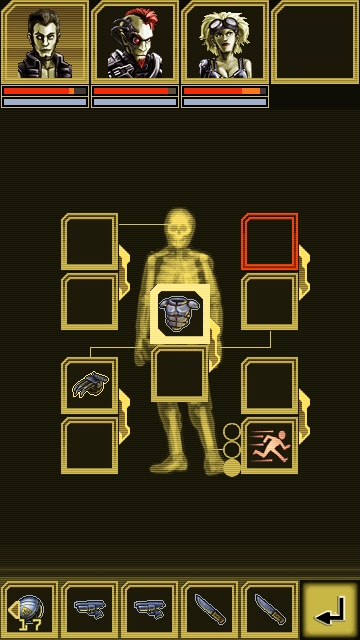 One challenging issue with this game is finding your way around. The whole game is one big 2D map – with 'dungeons' here and there on different floors of buildings. The problem is that there's no graphical map, just references to compass bearings from non-player characters (NPCs) to let you know in which direction you need to head for a given district. Eventually you get a vague idea of where each district is in relation to the others, but I would have preferred an actual map to look at for the whole game world. Also, there's no way to bookmark locations of NPCs –so you have to find your way back to them using memory alone. This wouldn't be a problem if there were only a few, but there are a lot of NPCs when you include those who are there to offer incidental quests that can earn you extra money or equipment. 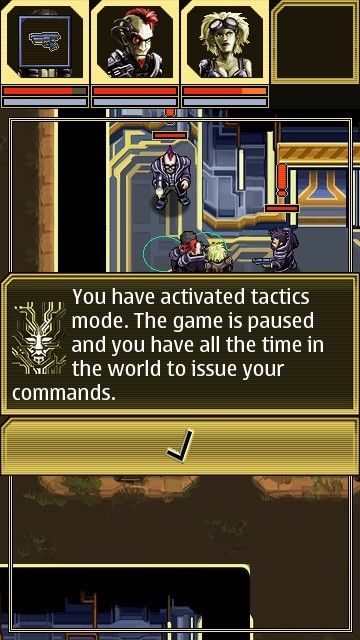 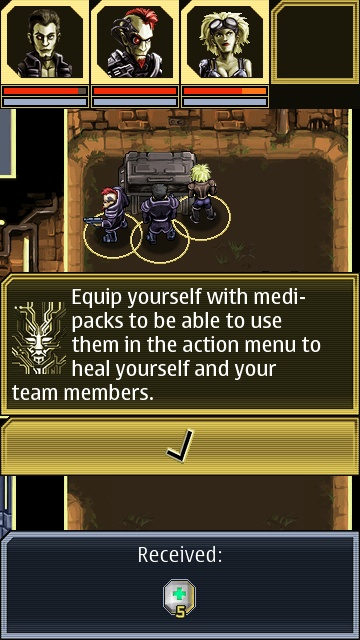 Freeze time with Tactics Mode to set your plan of attack

The map is loaded in sections and as you get to a gateway point in the current section, you'll have to wait for the next section to load, which is slow. Similarly, when the game auto saves, you have a relatively long pause while the game is effectively frozen. 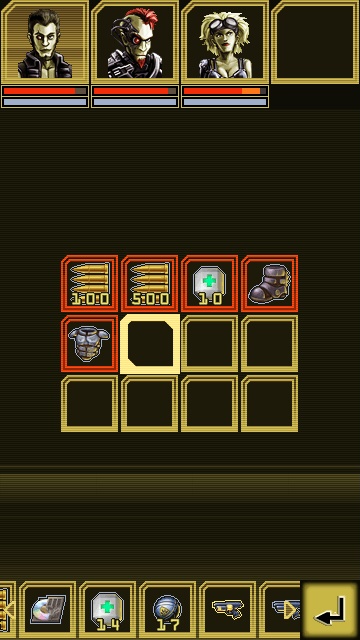 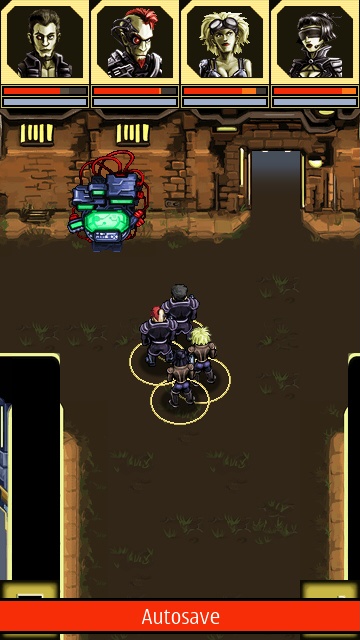 The graphics of the game look incredibly dated by today's standards – but that's not as bad as it sounds. The graphics are as good as they need to be for this type of game, and they do give it a retro feel – I wonder whether that was deliberate or not? However, I didn't like that the game was locked into portrait mode – A common 'feature' of titles from HandyGames!

Even though this review hasn't been brimming over with praise, Cyberlords Arcology is a playable game. Given that you can get a free trial, a free ad supported version or the full version for £1.00; it's certainly worth a look if you like the cyberpunk genre, or want a steadily paced RPG with which to while away a few hours.