Developer ZhuShuoSoft shows that it's possible to take an existing successful genre, mix it up and add a whole new layer of enjoyability. Airport Control takes the 'flight control' line-drawing game, adds in a measure of flight simulation, cranks up the realism, adds a musical soundscape - and then makes the result harder to play. Sounds like an addictive, immersive game to me... 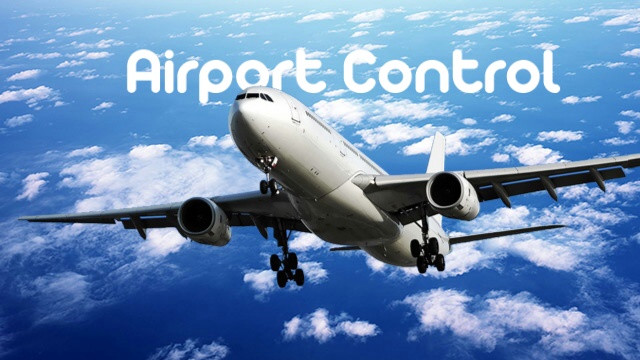 Let's be clear - Airport Control, here, is clearly a labour of love. While perhaps a bit more 'hard core' and thus less approachable to casual gamers, Airport Control certainly mixes the line drawing and flight sim genres in a way that appeals to me. At its core are aerial photographs of fifteen airports around the world. Whereas most 'flight control' games have cartoonish graphics, the developer here was aiming at pseudo-realistic aerial representations of a busy airport as seen from above. 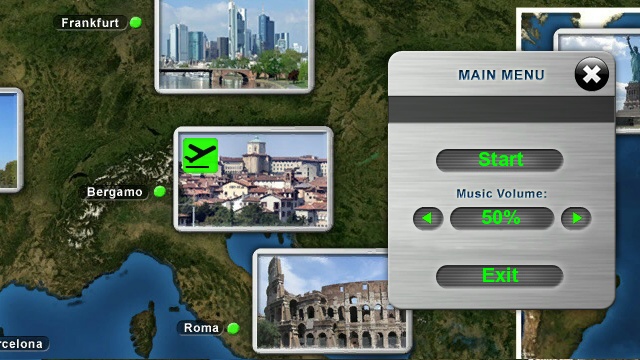 The next twist is that you almost fly the aircraft yourself. Rather than simply drawing a line on the screen and sitting back, you have to make course (effectively bank) and speed corrections on each aircraft in real time, guiding them one by one onto an appropriate glide path. Tapping an aircraft gives you control, with usual accelerometer controls setting the craft turning and with a tappable air speed control.

Just one indication of the attention to detail that's gone into this game is that if you try and turn too quickly (the acceleration 'vector' is always shown alongside the current direction, for comparison), the aircraft becomes unstable and has to straighten out for a few seconds while the autopilot regains control - in other words, no fighter-like U-turns, we're talking smooth and graceful arcs here, manoeuvres that might be roughly attainable by real airliners. So lining up with a runway usually means doing a wide circular approach that ends up at the end of a runway. 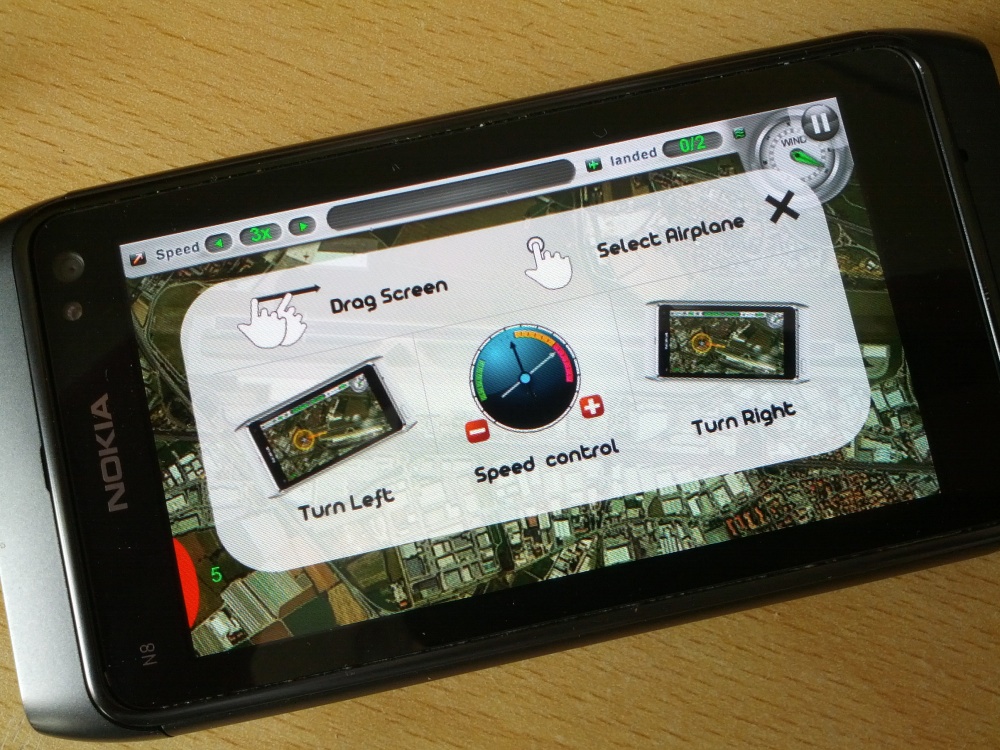 Before each aircraft comes onto your map view, a yellow (and then red) arc appears from the appropriate side, along with a countdown timer to the plane's appearance in your field of view. Pretty soon you'll be tapping between two or three aircraft, keeping them all turning and trying to predict where they'll all end up in the landing pattern over the airport. 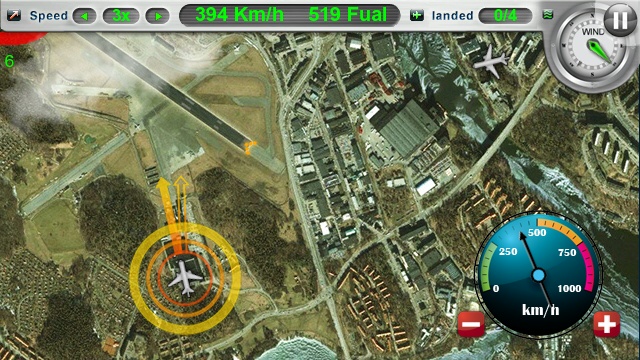 To land an aircraft, you just make sure it's approaching the runway from the right direction, is slowed down to near 250km/h, and is roughly lined up with the tarmac - when the wheels touch down you can relax and pan away to sort out the next approaching plane. It gets, as you might imagine, quite frantic, given the need to make each course correction for each aircraft, every time.

It goes without saying that if two aircraft collide then it's game over. (And an inquiry is launched into your incompetence!) Ditto if an aircraft under your control is allowed to stray outside your airport's air space. If you land two planes in the first level then you're done (and commended, if there have been no 'near misses'!) and onto the next level/airport, where you're expected to land three or more aircraft, and so on.

Does this sound pretty hard already? You'd be right. But it gets harder, since there's a wind blowing, measured by the indicator, top right - you'll have to allow for this in your airliner trajectories, otherwise you'll get your approach wrong. 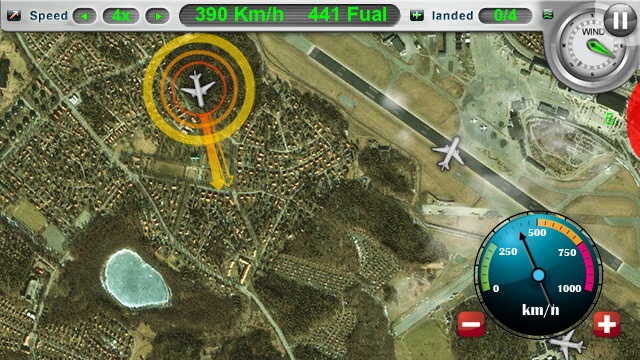 Happily, to balance out the stresses of being an air traffic controller, there's a Klaus Schulze/Tangerine Dream-like digital music soundtrack to calm you down - it's quite majestic in places, with audio effects overlaid for aircraft incoming (the scream of the jet engines), aircraft landing (the screech of the tyres), authentic random air traffic comms and, yes, aircraft colliding (huge explosion)! The volume is controlled from the minimalistic floating main menu, which you can get to at any point by tapping on the pause icon.

Add all this together and you've got a superbly implemented title that successfully combines various game ideas. My main concern is that Airport Control might prove to be too hard for most players - or maybe my 'old' fingers are just too slow. The panning around, tapping on planes, course corrections (this one bank left a bit, that one bank right a bit - or is it left, because it's going the other way?) and speed adjustments make this game a tough ask.

It's worth noting that the graphics and real time simulation (whose speed you can adjust - see the control, top left) take a big toll on your phone's processor - and presumably also battery and RAM - I noticed that switching away from Airport Control often forced Symbian OS to close the game, depending on what else was running. And, even when the game was left running/paused, other functions on the phone were initially slow - consider Airport Control a title that demands your full attention while playing!

Look past the few spelling errors (from this Asian developer) and you'll find a graphically beautiful game that also sounds great and has obviously been play-tested to within an inch of its life. Prettier than a traditional flight control game, less complicated than a full flight simulation, Airport Control should appeal to enough gamers to make the title a surprise hit.