Ah, it's the weekly "What do you get if you cross....?" section here on AAS. In this case, what do you get if you cross pool with Angry Birds and Cut The Rope? FantasyPool is the answer - it's pool, but not as you've ever played it before. Balls that fall asleep and then get woken up again, glass barriers to shatter, whirling sticks, a table made of marble, they're all part of the charm of FantasyPool.

There are around sixty levels to play through here, starting with a normal table (below, left, top-left) and then proceeding to throw new table surfaces and new obstacles at you. Cue sticks, wooden poles and glass panes and blocks, all of which can be shattered and then bashed around. 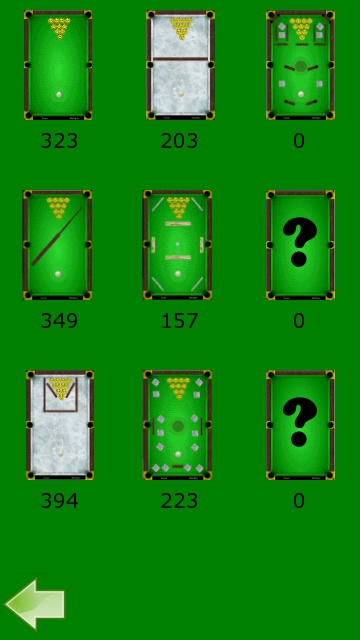 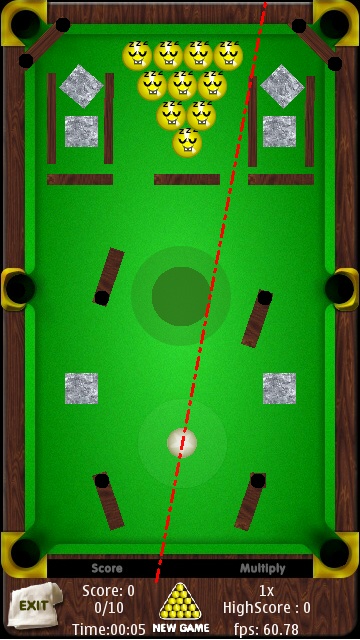 The normal physics of pool apply, in that you line up shots as you would balls on a real table, dragging back from the cue ball to produce an aiming and power line, then releasing to play the shot. There's no way to impart spin, but (trust me) you don't really need such subtleties once you progress beyond the first few levels/puzzles.

As you'll see from the screenshots, the balls are somewhat cute-ified, with sleeping/awake faces - this doesn't add anything to the game but does add to the sense of fun, part of FantasyPool's charm? 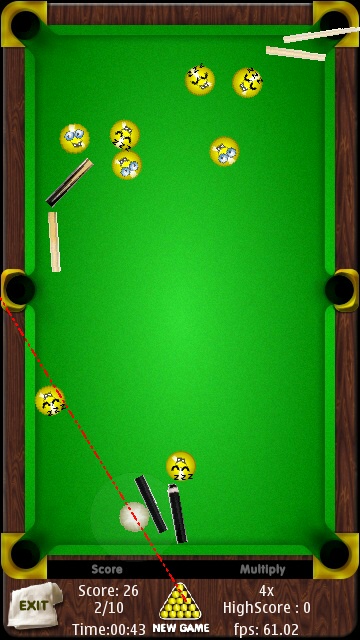 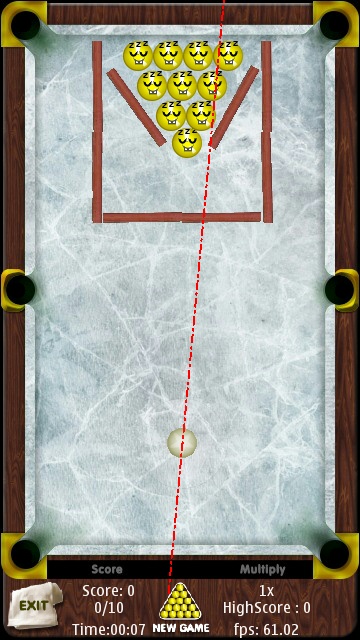 Balls roll normally, though everything's of fairly low friction, meaning that it would take ten seconds or so for all the balls to stop moving after every shot. Ten seconds that you can ill afford, since FantasyPool is all against the clock. Which adds in the next game element - you'll have to play quite a few shots while the pool balls (and obstacles) are all still moving! As you might imagine, this isn't easy and there's a big element of luck in how many shots turn out, especially early on in each level when there are dozens of things happening at once.

Helping you along is one important feature - you can stop the cue ball dead at any point by tapping on it. This is so you can play a shot and then stop the cue ball and fire off the next in quick succession, each time while not having to wait for the cue ball to stop in normal fashion. 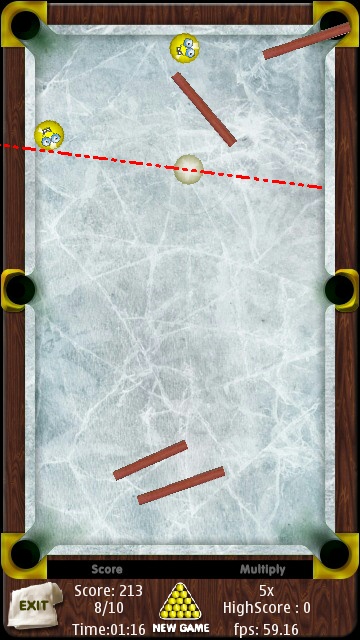 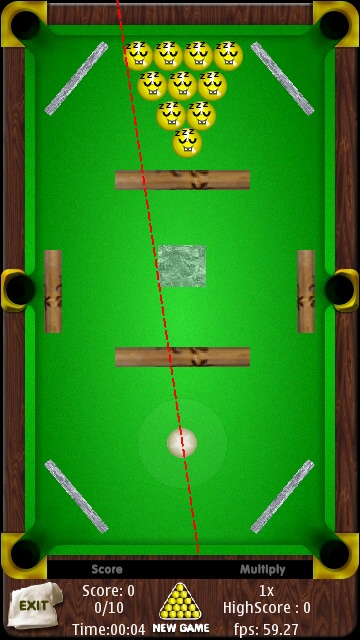 Throughout FantasyPool, there's a great sense of fun in the sound effects too, right down to glass shattering when needed and an agonised 'Oh' when you go in-off.

Multipliers come into play, score wise, when you manage to pot more than one ball at once - there's no pressure to complete each level in a certain score, other than your own personal satisfaction (and perhaps trying to increase your score by potting more balls at once in a faster time), so don't feel too disheartened if clearing a particular level takes a while. The main thing is to get to the next table. And the next one. And the next.... it's quite addictive. 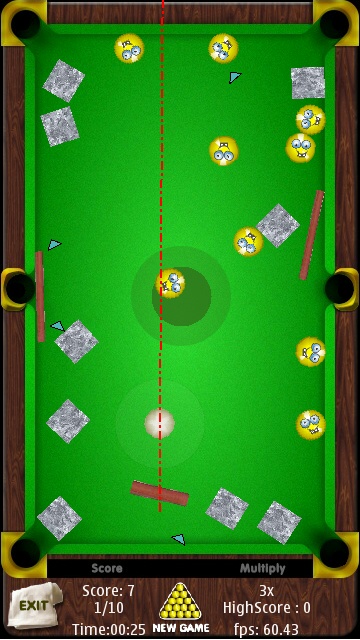 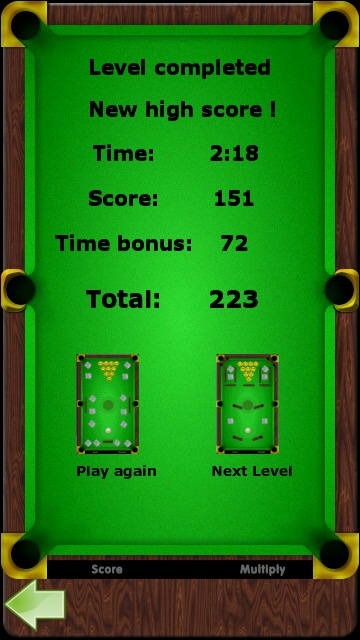 But don't listen to the pool purist in me - FantasyPool is great fun, a clear demonstration of the graphics power in the phones of the Symbian^3 generation (note the 'frames per second' readouts on-screen) and a clear labour of love by the developer. Can you get through all the levels and to the final 'Credits'? Only a pound or so in the Nokia Store, there's also a trial version with just seven levels that you can grab for free. Give it a try!

Steve Litchfield, All About Symbian, 2nd May 2012