Finding the ideal PDF reader has been an ongoing quest for us here at All About Symbian. Some are standalone, some are part of office suites, most are pricey, and they all lack some feature or another. We had given up hope, until we came across NSR Reader. Might we have found the best all round PDF reader? Quite possibly; with its jump to page, reasonable price, and best of all text reflow!

Fortunately, NSR Reader is supported by Nokia Belle and is resplendent with dual menu bars. You’ll find icons for functions like forward, back, and zoom, etc. In addition to the toolbars, there are fairly intuitive gesture controls too. You can pinch to zoom – something missing from most contemporary PDF readers on Symbian. Having succeeded with one modern touch gesture, I tried swiping to change pages, but found this didn’t work. Instead, you have to double tap at either side of the screen to turn the page. You'll have to use the page turn command a lot because there isn't a continuous scroll mode. This means you have to scroll-turn-scroll-turn. 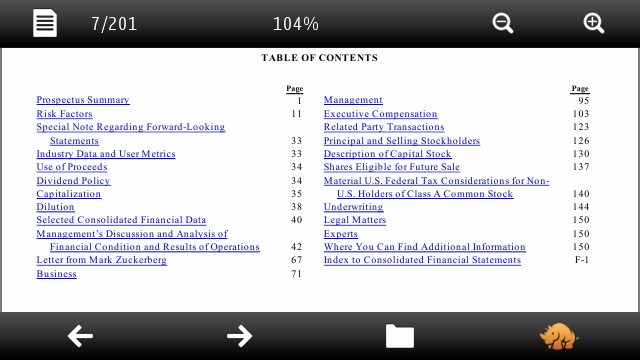 Thankfully, NSR Reader has been written to easily handle very long documents. We’ve seen other PDF readers that attempt to load the whole file into RAM at once, and so don’t scale well with very long files. Also, NSR Reader handles highly complex and graphic PDF files reasonably well. The screenshots below show a city-wide bus timetable which even taxes desktop applications. Opening and moving between zoom levels, does incur a delay. However, once loaded there is zero lag while dragging the page around, which is very impressive after seeing so many other PDF applications in action. 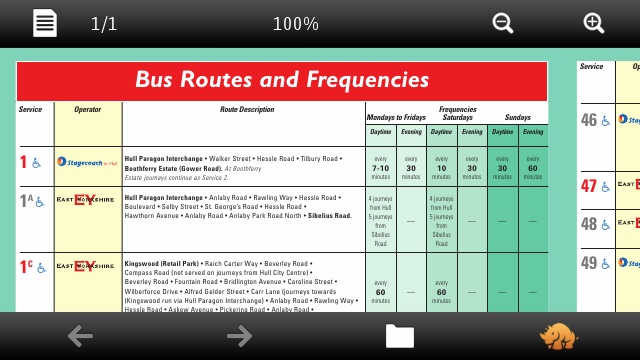 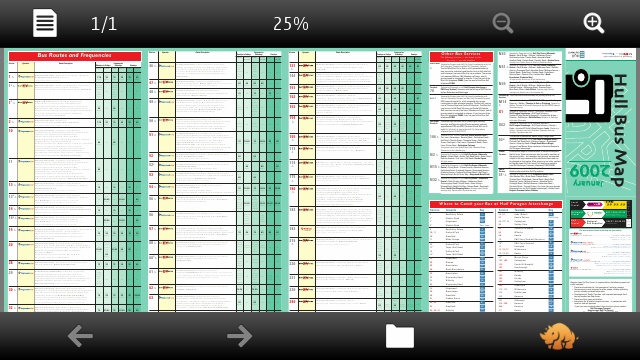 The top-left menu gives an option to zoom out to the full width of the page. I do wish PDF readers would interpret this less literally, and instead zoom to the extent of the horizontal margins though. You can also enter a numeric zoom level. Rotating the page is possible too, but I’m not sure why this is provided since the application automatically orientates itself. 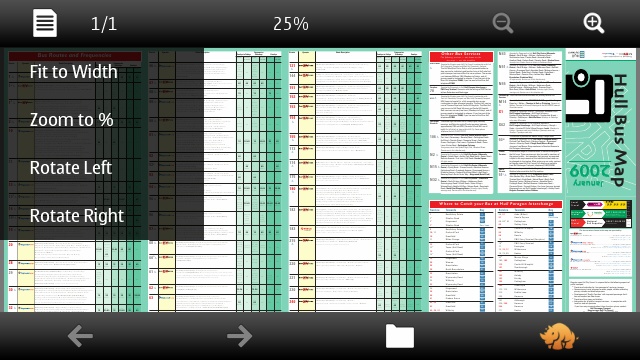 Tapping the folder icon launches a file selector, but after using the library system provided by Ionic reader, this type of file navigation feels a little old-school. However, I think most Symbian users will be used to navigating the file system by now. 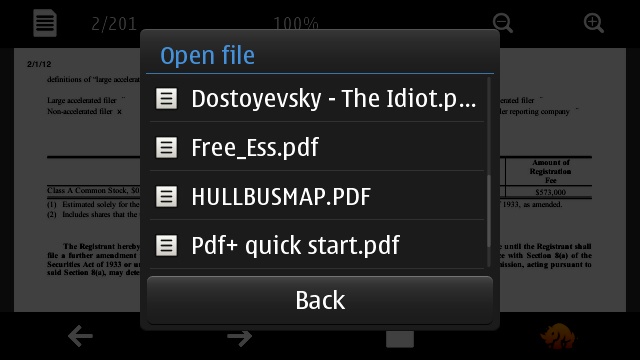 While there isn't a bookmark system, NSR does remember your last location in a file, and there's an option to jump to a specific page number. It sounds basic, but these things are missing from other PDF readers. 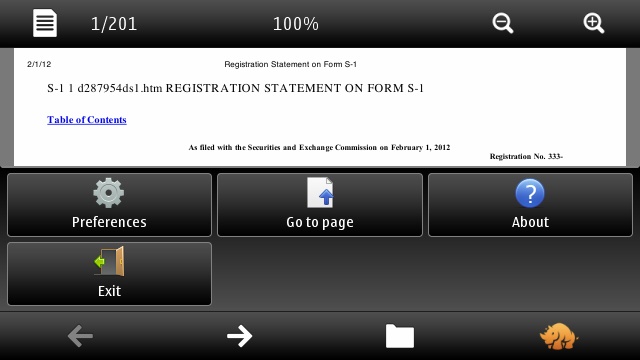 The functions menu revealed by tapping the rhino.

Digging down into the settings reveals the best feature of NSR Reader: "Text Mode". Users of Quickoffice's Adobe Reader will know this as Text Reflow. In this view, the page formatting is removed and just the raw text is written to the screen, wrapping at the edge. This can make reading long documents on a mobile device far easier. Unfortunately, this mode doesn't scroll continuously, so you'll still have to scroll-tap-scroll-tap to read a page and move to the next. 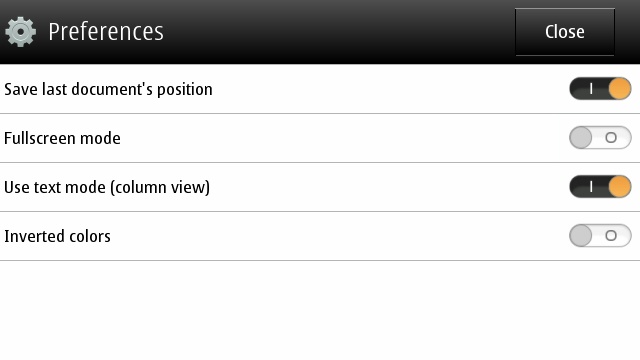 The settings menu also has a fullscreen mode that hides the toolbars. Much like the Opera Mobile (and pre-Belle Nokia Web) user interface, a small icon in the corner brings the toolbars back into view. 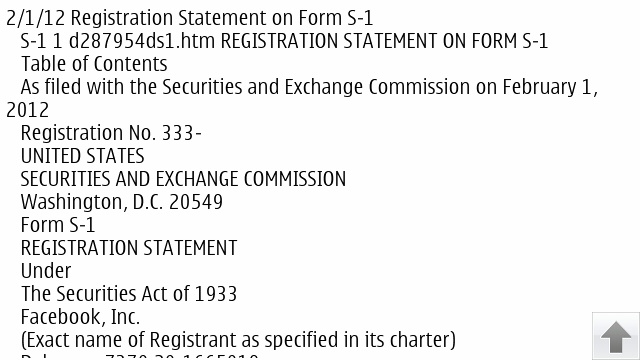 We've tested Adobe Reader LE 2.5, Picsel Smart Office, PDF+, and Alt Reader. All of them have either been missing features, or have been too expensive (IMHO) - and in some cases both. However, NSR Reader matches the performance and features of the best, yet only costs £3.00 – this represents amazing value for money.