One of the simplest and most addictive games I've seen yet on Symbian, a combined puzzler/arcader that works absolutely superbly as a 'one more go' casual title. On your own, or against a friend, you guide your car towards refuelling points and service centres, and away from hazards. The further you get, the higher you score. A game for one or more players (via Bluetooth), it's an insanely good way to while away a few minutes here and there during your day.

As the screenshots show, your car (denoted in a different colour and with a little gauge next to it) is jostling for position with others on the freeway, which scrolls smoothly underneath the vehicles. Each car has a certain amount of lateral movement, as well as forwards and backwards, within the lines shown. Using the touchscreen to nudge the car in each direction, the idea is to line it up to run over good things, like service centres, fuel pumps and first aid kits - each of these replenish the car's fuel/energy, by appropriate amounts. Conversely, you should avoid running over bad things, such as traffic cones, road works and holes in the road. 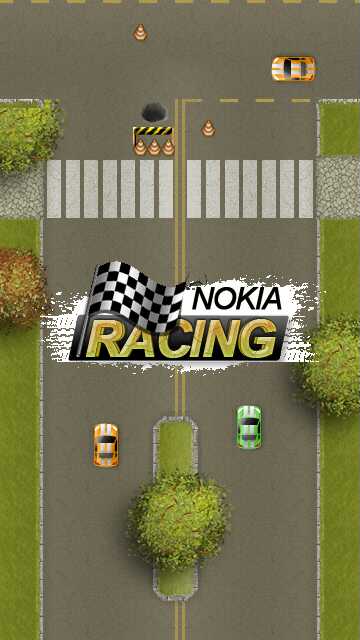 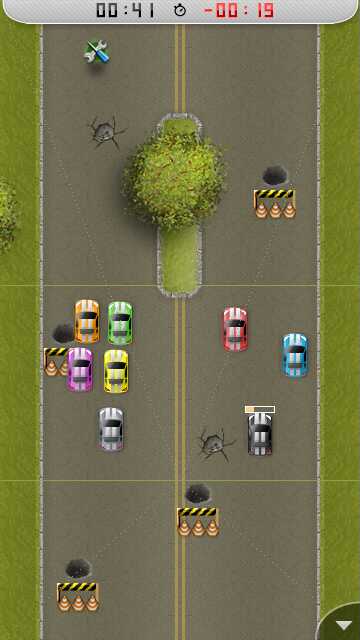 In addition to the above, there are centre islands to avoid altogether, plus other vehicles and even taxiing planes when you get to cross-streets. Contact with any of these is instant end of game. Or, of course, you could simply run over so many bad things that your energy bar reaches zero.

Don't worry about the variety of items to watch out for though, this aspect of Nokia Racing is actually very simple and all items are instantly recognisable. What gives the game a unique twist is that, as on a real motorway/freeway, you can't move sideways if there's a car alongside - no ramming allowed! Which means that it's all too easy to get boxed in with a hazard approaching - and absolutely nothing you can do about it, unable to move sideways. Ouch.

This element of strategy - staying out of the way of other cars as much as possible, so that you're free to move, while also looking ahead to what's coming further down the road, makes Nokia Racing into a surprisingly addictive and engaging casual game. Every item you encounter is randomly positioned in every game, so no two games are the same - a vital little element that some titles miss. 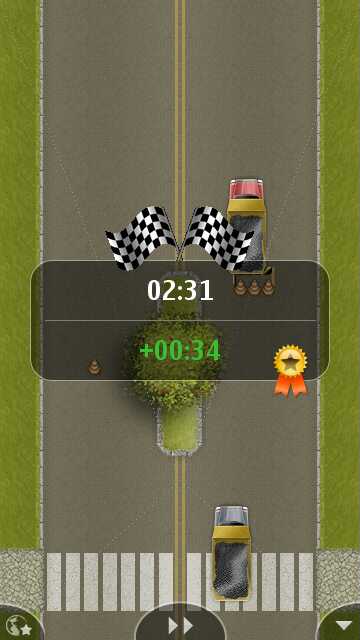 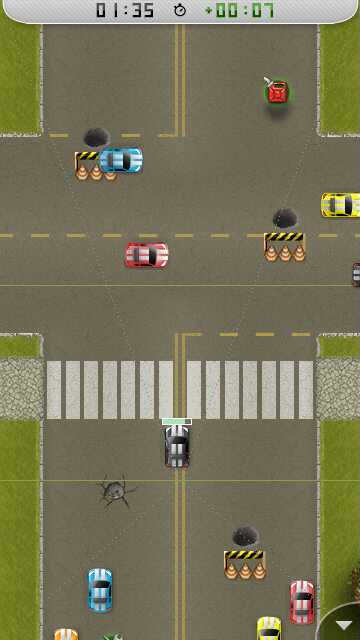 The freeway eventually crosses another one and there are no slip roads, no traffic lights, so you've got to negotiate cars and lorries screaming at you from the side. Planes and balloons fly overhead and there's, very gradually, more and more happening, keeping you busy. The good news is that all the AI-controlled cars have to abide by the same rules and, though you can't see them, their own energy status. One by one, these drop out of the race, but don't then think that you have the whole freeway to yourself because new opponents magically appear, chasing you down and making sure you don't relax.

The animation of cars is fairly slow, deliberately increment by increment, to make it obvious the steps that can be edged sideways, while vertical animation of the road is more fluid, even on humble S60 5th Edition-powered phones. There are no sound effects, but vibration is helpfully used to signify running over something nasty.

The opening menu in Nokia Racing gives two modes: single player and Bluetooth multiplayer. I enlisted a volunteer with my Nokia X6 and then went racing with my N8. One of the handsets acts as 'host' for the game, while the other(s) 'join' it - this works well but does require patience, since the games takes a good 15 to 20 seconds to establish the connection(s). 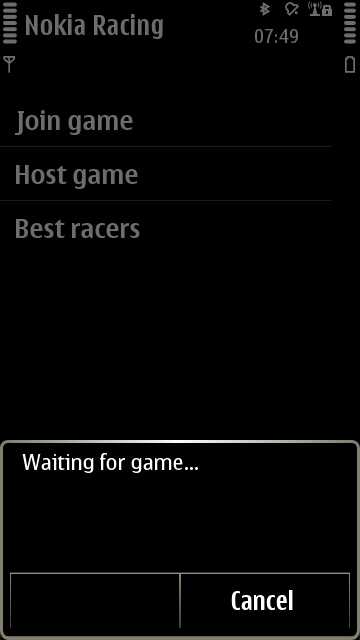 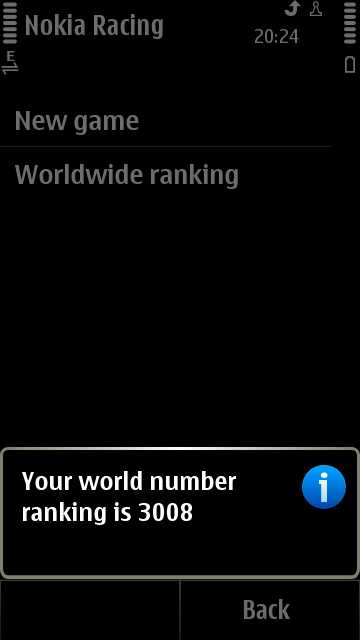 Once underway though, the players see just their cars and no AI-controlled opponents. However, though there are less cars to fight off, the fact that you're competing with an intelligent, competitive human being for the same fuel pumps and service centres makes the game just as challenging.

Whether playing on your own or not, you're given a world ranking - the best I managed in an hour of play was 3008, I'm sure you can do better!

In addition to all of the above, there's an extra gameplay element, a bit of secret sauce, that's present in Nokia Racing and which most game titles completely ignore: once a game is over, you're put straight back into the car and you're off again. No need to tap a menu, no chance to think "Maybe I'll call it quits for now", you're already racing and hazards are scrolling towards you. "Oh why not, just one more game..."

And so on. Nokia Racing is most definitely addictive. That it's produced (curiously) by Nokia itself and that it's totally free, are only extra factors leading you to grab this game for whiling away bored moments.

Finally, as it's coded in Java (i.e. not Qt) it's applicable to all touch-driven Symbian phones, not just the most recent - in practice, the only downside of being in Java is that touch instructions on the screen have to be separate, i.e. there's no multi-touch. A minor shortcoming for such a great little game though....