Those Mobile Fun folks are pretty good at digging out weird and wonderful accessories for our smartphones. In this case, a Bluetooth Cassette adapter, for those older cars like mine which haven't quite made it to the CD age yet. Pair this with your phone, stick it into your car's cassette slot and you're away with stereo music direct to your car amp and speakers. Perfect for those without an FM transmitter in their phone or for whom there's simply too much FM interference? In theory. Unfortunately..... Here's my review.

In short, this is a niche product, to be sure, since car cassette players ostensibly died out about 6 or 7 years ago. Yet, maybe because of the retro feel, maybe because my car (a ten year old Renault Scenic) has a 'designer' dash which won't accept standard CD players, I found myself strangely drawn to this accessory, billed rather optimistically as a 'Nokia N8 Car kit' option. You get the cassette itself, a 12V to USB adapter, a charger lead (USB to proprietary DC pin) and a short instruction leaflet written in pigeon English - but just about understandable: 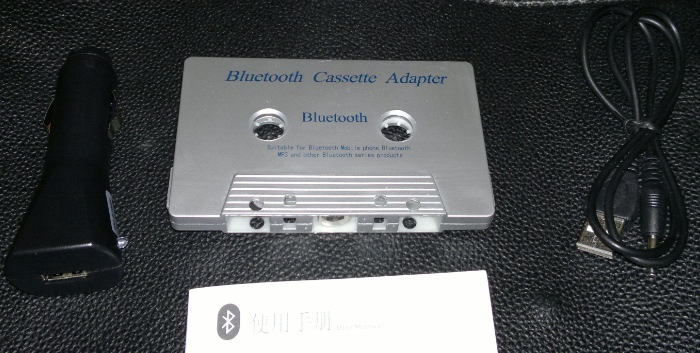 The cassette, of course, is no ordinary cassette. There's a magnetic playback 'head' that mates up with the playback head in your car player, a friction roller that drives the fake tape spools (presumably so that the car player doesn't get confused and start insisting on ejecting the device), the charging port, an indicator light (various combinations of red and blue flashing, as per the notes in the leaflet), a multi-function button (for initiating pairing, answering calls, ending calls, rejecting calls, and so on) and a microphone.

Plus, of course, an internal Li-Ion rechargeable battery, apparently good for 5 hours of use on a charge - not huge, but probably OK considering you can also power/charge while listening using the car's electrics - TEST 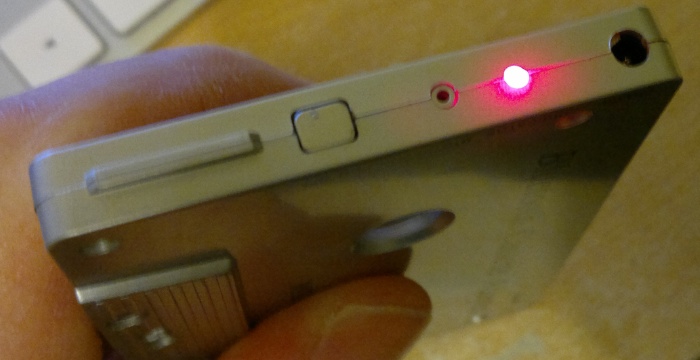 Pairing is really quick and easy, there's no need to even enter a '0000' PIN - and the idea, as with most Bluetooth audio accessories, is that simply turning the device on (press and hold the button) lets the phone discover it and get connected.

Time to get this show on the road. Or at least that's the theory. In practice, this is where it all starts to go wrong. Inserting the cassette adapter into my Scenic's player reveals the first design issue - the function button and charger port aren't fully accessible when the cassette's in place (it settles 'down' into the slot etc.):

Perhaps there's still a role for this accessory, used with ad-hoc charging when out of the slot? Not really. Despite my best efforts, the car cassette player wouldn't play any sounds from the internal playback head. The adapter simply didn't get recognised as a valid cassette.

Not to be deterred, I took out the cassette and dug out an old household cassette player from a decade (or two) ago. The Bluetooth Cassette Adapter did transmit some sounds here, but in very poor quality and only on one audio channel (i.e. not stereo). Whether this is a limitation of the A2DP implementation or a defect in the transmission head isn't clear.

In short, this is a massive thumbs down for an innovative (though retro) idea. It's expensive (£23), it's niche, it doesn't work properly, it has limited compatibility... you get the idea!

File this one under 'I test these gadgets so you don't have to...'!