Nokia today announced the launch of  the Nokia N97. It is the first touch-enabled Nseries device and has a horizontal tilt-slide form factor. It transforms from a touch slate to a landscape QWERTY device. The device, which has an Internet and entertainment focus, runs on S60 5th Edition, has a customisable, widget-based, home screen and full support for Ovi services.

The N97 is the most feature packed Nseries device to date and, by adding touch, it moves Nokia's high end Nseries into direct competition with touch devices such as the Samsung Omnia, LG Renoir, Apple iPhone and G1 Android Phone.

Here are first few hand-ons impressions: In the hand the N97 feels pleasingly solid, with an extremely impressive slide mechanism - it is obvious a lot of testing has gone into the hinge mechanism. In slide closed mode it is equally solid, with no give. The keyboard, while limited by design constraints, feels good, though as ever it's difficult to come to any final conclusions with prototypes. Subjectively, the 'feel' and the design of the handset screams high end with materials that can not be fully appreciated in pictures (it has that caress-ability x-factor). 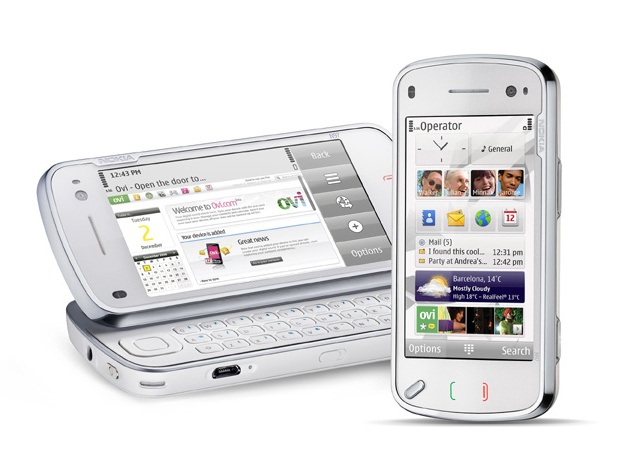 It is a relatively large device, especially length-wise, but that's inevitable given the size of the screen and the inclusion of a QWERTY keyboard. There's the usual plethora of hardware features, including sensors (accelerometer, compass sensors and proximity sensors), integrated A-GPS, and connectivity options (tri-band 3G, WiFi, Bluetooth and USB). The large screen is a definite highlight - its widescreen 16:9 resolution is ideal for watching videos, but also works well for browsing the Internet. The touch screen is very sensitive, and there have been further refinements to the home screen to enable easier finger touch usage (the larger physical screen also helps with this). The UI can also be driven from the keypad using the D-pad on the left hand side of the keyboard, together with the on-screen softkeys and home key.

S60 5th Edition has been updated to Nseries specifications for the N97. Extras include UPnP, Internet Radio and Nokia Photos applications and we can expect to see a lot more in this area before the phone is released.

We'll report in greater detail in due course.

The devices being demoed at Nokia World are running an early version of the software. In the six months leading up to the release date it is likely to evolve considerably. 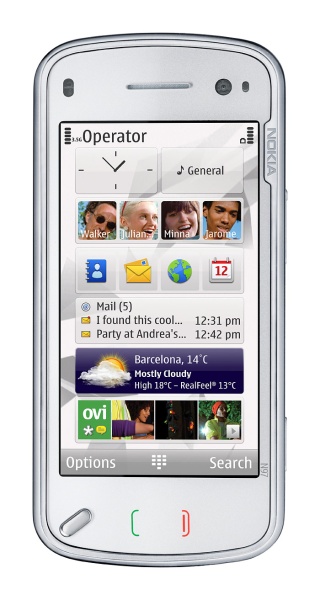 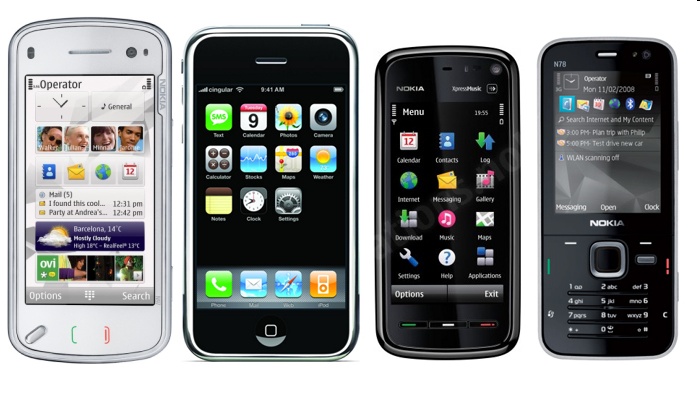 Nokia today unveiled the Nokia N97, the world’s most advanced mobile computer, which will transform the way people connect to the Internet and to each other. Designed for the needs of Internet-savvy consumers, the Nokia N97 combines a large 3.5” touch display with a full QWERTY keyboard, providing an ‘always open’ window to favorite social networking sites and Internet destinations. Nokia’s flagship Nseries device introduces leading technology – including multiple sensors, memory, processing power and connection speeds – for people to create a personal Internet and share their ‘social location.’

“From the desktop to the laptop and now to your pocket, the Nokia N97 is the most powerful, multi-sensory mobile computer in existence,” said Jonas Geust, Vice President, heading Nokia Nseries. “Together with the Ovi services announced today, the Nokia N97 mobile computer adjusts to the world around us, helping stay connected to the people and things that matter most. With the Nokia N97, Nseries leads the charge in helping to transform the Internet into your Internet”. 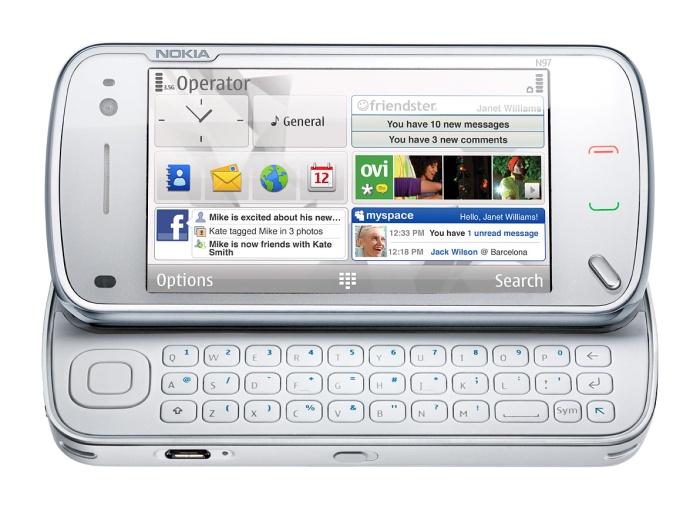