It seems that the BBC's version of iPlayer for S60 has gone live, download it here. It has been implemented as a web runtime widget that kicks off streaming in RealPlayer. And it's also, naturally, a bit fussy about which devices it installs on. It seems happy with the N78, N95 and N96, obviously, other success stories welcome. Screenshots and more comments below... [updated with photo of iPlayer running side by side on N96 and E90]

The iPlayer application / widget opens a mobile version of the main iPlayer site. A number of shows are featured on the front page or you can browse for shows via channel or category. There's also a search function for tracking down shows by name. 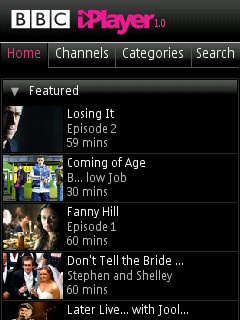 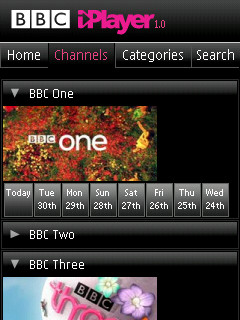 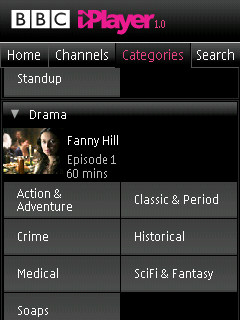 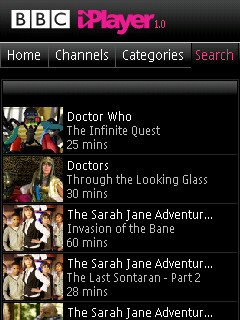 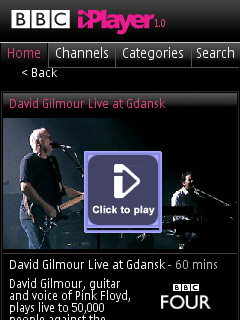 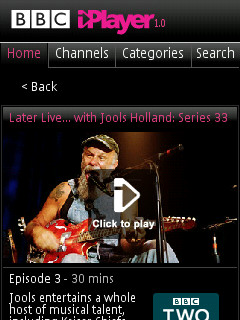 Shows are streamed to Real Player (you may need to set the access point for the Real player application). Shows are shown in a letter box format as the aspect ratio of the phone's screen is different to that of the the video stream.

You can stream shows over WiFi or over a strong 3G connection.

The other caveat is that the use of RealPlayer streaming means that it won't work for some over Wi-Fi, depending on firewall and router settings.

Please also note that iPlayer will only work in the UK.

Steve Litchfield and Rafe Blandford, All About Symbian, 1 Oct 2008

PS. Thanks to Andrew H for the heads-up

Thanks to Nick Anstee for the following photo: 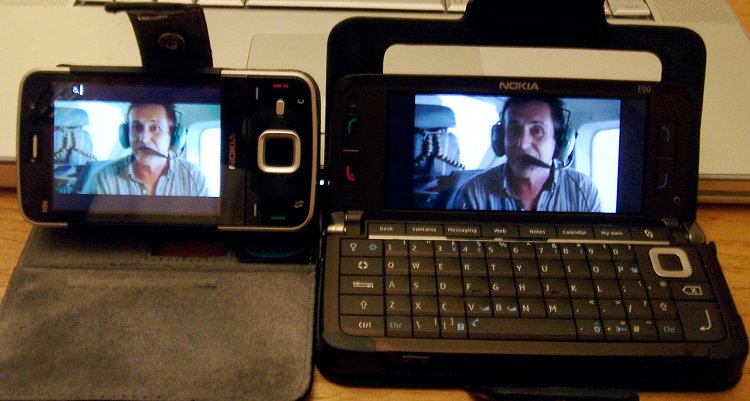