Back in March 2020, so just under two years ago, Planet Computers launched the Indiegogo campaign for the Astro Slide 5G, the follow up to the Gemini and Cosmo Communicators, all with full mechanical QWERTY keyboards. While the latter two were more akin to the old Psion palmtop or Nokia Communicator form factors, i.e. clamshells, the Astro Slide 5G is similar to the classic 2010 Nokia E7 (on Symbian), with an external full touchscreen that slides out of the way when needed to reveal, in this case, the famous QWERTY key layout. We've been getting drip fed news from the Planet team over the last 12 months, so here's my round-up and summary. 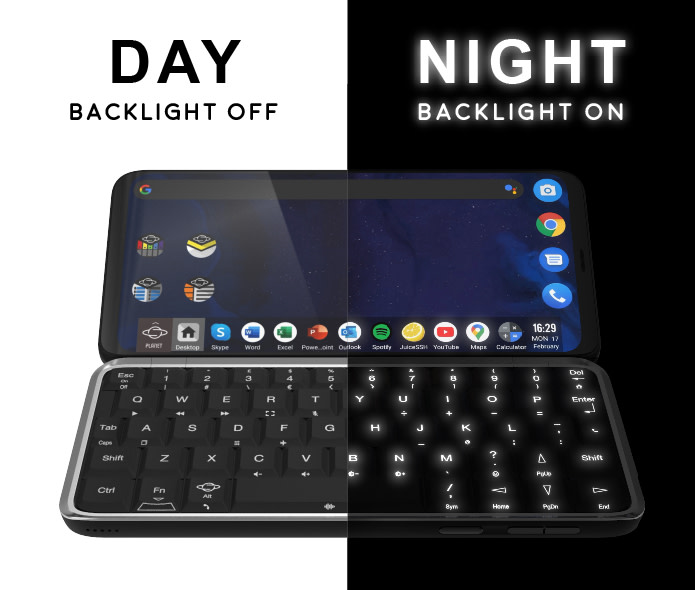 Firstly, in case you're unaware of the device, from the official promo page (slightly edited by Planet in the intervening years):

The biggest concept to grasp is the form factor, so here's the launch 'behind the scenes' design video:

...and you might like to return to Phones Show Chat 555, where I chatted to Martin for ages about the background to the device and concept.

Aside from caveats over the mechanical reliability of the ribbon cable system needed so support such an extensive slider system, the Astro Slide 5G should be more competitive than the previous two QWERTY devices, plus hopefully Planet Computers will at last address my biggest complaint about the Gemini and Cosmo, which is that their speakers were both wired out of phase and were horribly tinny as a result (bass being cancelled out!!)

As a reminder of the specifications, as they are now - after some upgrading in the intervening two years:

Which is very decent for the mid-range, if not quite a flagship. There are still Astro Slide 5G units available at 529 Euros as I write this, so just under £500, which seems remarkably good, though you'll have to be quick, etc.

Although originally aimed at summer 2021, things have obviously slipped, but there are two obvious huge reasons for the six month delay:

Things do seem to be coming to a head in terms of the Astro Slide 5G actually being delivered though, according to the latest updates, excerpted below:

Good news! The Astro PCBs have arrived from Wuhan to the SMT factory.

The SMT process has now started to produce fully populated Astro PCBs with all of the required components.

The factory still expects to ship the first units to Planet before Christmas and we will immediately ship them onward to backers.

and, just before (early December)...

The factory has informed us that there is a short delay on receiving the PCB (printed circuit boards) itself for the Astro from the supplier in Wuhan. The issue is Covid and the issue is in fact not in Wuhan, but in their sister factory in Vietnam, that has meant that our PCB run is slightly delayed as production in under strain at the Wuhan facility.

Otherwise, all PCB components are now in the warehouse ready for SMT.

After testing the PR2 units, we also decided to make a small modification to one of the mechanical metal components. This will not affect the shipping schedules.

The overall schedule remains relatively unchanged, but the date of the PCB surface mounting (SMT) is now moved to mid-December.

We have now also received the final proofs of the Astro box, which has been accepted by Planet.

And for real geeks, the latest on Linux on Astro:

As you know, we have sent a few devices to the Linux community from the Astro T1 test device batch. And they have been working hard to get Linux running on the Astro.

There has been a lot of work behind the scenes adapting the Halium layer to Android 11. Halium 11 offers a bridge between the Android low level drivers and Linux OS above Halium.

This has meant that we can now show Linux OS running on Astro for the first time.

Here is an image of UBports Ubuntu running on Astro.

It's not clear whether Planet will actually ship Astro Slides with Linux or whether this will remain a geek project for enthusiasts to flash themselves.

Despite Planet Computers' continuing optimism(!), I'd estimate that the first real world Astro Slide 5G units with common keyboard layouts will arrive mid-January 2022 (as ever, Christmas and New Year holidays, plus postal delays will get in the way). One of the 'All About' sites' friends is right on the bleeding edge of production, so we'll get first notification of arrival and hopefully some first impressions. Watch this space!