A Sunday, and April 1st at that, is an unusual day to launch a flagship product, but Nokia has done this with the new E710 Communicator. Seemingly incorporating some of the best bits of both the N8 and E7, we have, at last, a smartphone that we'll leave no Symbian fan dissatisfied. Press photos and specifications are all shown below. 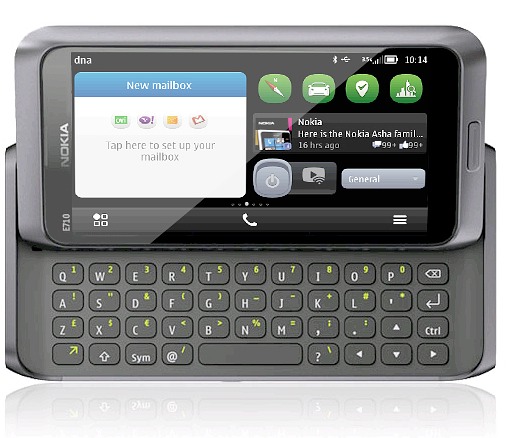 Effectively the E7 form factor but with a base that's 4mm thicker (full dimensions are 124 x 62 x 17mm;  weight is 191g), the same 4 inch, 'Clear Black Display' Polarized AMOLED display is used at the usual nHD resolution. However, the new design answers complaints about the E7 in dramatic style. It now uses a 2300mAh battery that's removable, with a battery door in the aluminium rear case, plus there's the same 12 megapixel auto-focus camera as in the N8, complete with Xenon flash. 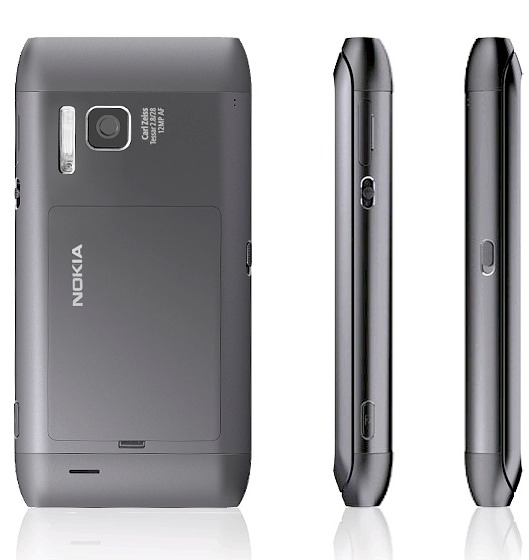 Internally, there's now a 1.3GHz single core processor plus 'next-gen GPU', 1GB of RAM and 64GB of flash memory (though no microSD expansion, sadly). The N8's FM transmitter ('Play via radio') is present too, plus NFC, to bring the E710 into line with all the other 2012 Symbian designs.

The Nokia E710 runs Nokia Belle FP1, the same release as the 808 PureView, so presumably we're looking at a similar date for availability.

Although the new E710 Communicator is undoubtedly a bit of a brick by modern 'thin is in' standards,  the functionality and flexibility on offer here in unrivalled. With a battery that will easily last the hardest day and which can be swapped in any case, and with a camera that's still better than almost anything else on the market, the E710 gives Symbian a whole new lease of life and will have a long queue of previous Communicator owners queueing up to buy it.

I've had a (Finnish) E710 prototype for the last week and can vouch for the device. Here it is in the real world, kitted out for me: 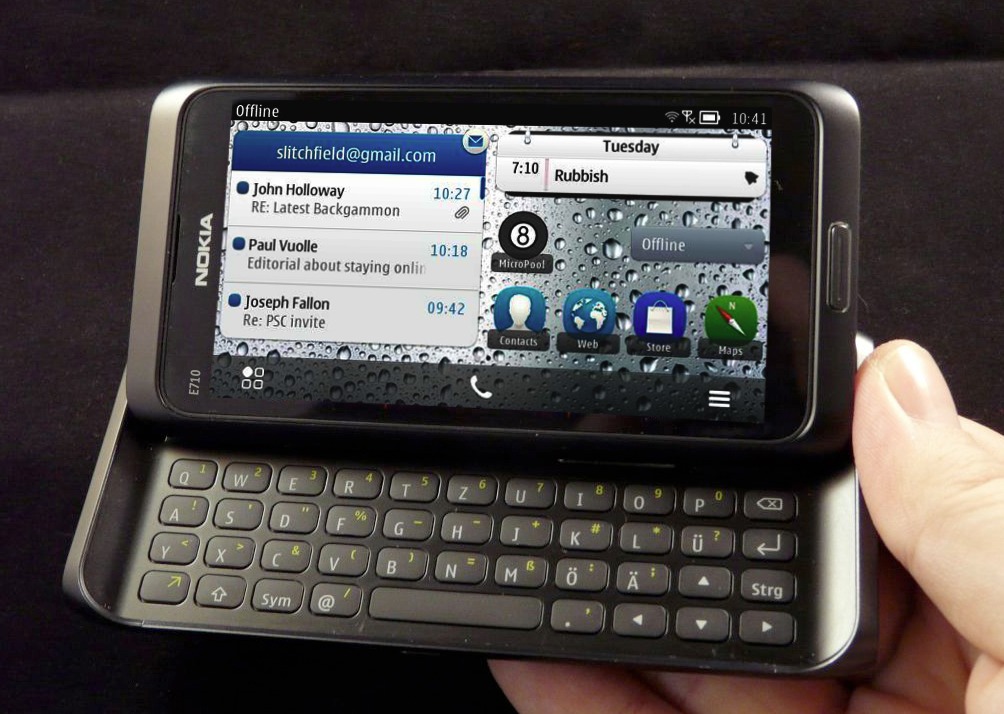 Other specs of interest:

• Xenon flash with operating range up to 3.5m, depending on conditions