Xperia S wins out over N8? Not so fast. A better methodology needed, methinks...

It was interesting to see various sites round the web today linking to dial-a-phone's comparison of the camera results from the new Sony Xperia S and the Nokia N8, especially given the conclusion that the newcomer is the 'clear winner'. However, such comparisons are more than a little misleading - there's far more to testing out a phone camera than shots of still subjects in bright....

I do accept that Sony's new 12mp phone camera produces great results in these bright conditions, and that the writer of the dial-a-phone blog post, Dan Nixon, does seem to have kept a leveller head than some other sensationalist tech journos in the last year. And I welcome the way the camera shutter button can simply be mashed down on the 'S' even when locked, in order to launch the Camera quickly - that's something that I was rather hoping Nokia would add to Belle for the N8. Ah well.

Having said that, and rather making a few other points in the process, I'd argue that back in the real world, both my ageing Nokia N86 (from early 2009) and ancient N82 (from 2007!) would take better photos than this 2012 Android superphone. And no, that's not heresy, and no, that's not to say that these two old smartphone would take better photos in the linked snow scene settings - they wouldn't. 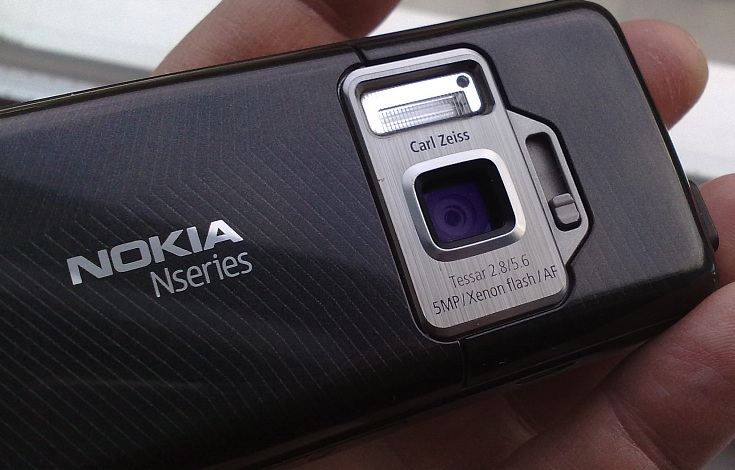 But both of these oldsters have an even faster and even more camera-like way of launching it - simply sliding open the lens protector is enough. 'Protector'? Oh yes, unlike every modern camera phone, the N82 and N86 knew the benefits of keeping the camera glass free of dust, finger smudges and general daily grime.

Secondly, both of these oldies are far smaller, far more nimble and far more 'camera'-like in their feel. Go on, you try taking photos on holiday for a week with a 4.3" thin touchscreen slab - then take just a few photos with the N82 or N86 and it will feel ten times more secure in your hands and ten times more comfortable as a 'camera'. Even the linked article's writer acknowledged that the N8's 'more compact size' had benefits.

Huge sensor needed. Or Xenon. Or both [cough, N8]

Thirdly, and bringing the N8 in with the ancient N82 here, and returning (of course) to my oldest and most famous rant, back in the real world, the subjects of your photos will often not be inanimate objects but will be living, breathing, moving people. Kids, friends, family, and so on. Moreover, they'll not only be moving, they'll usually be (most inconveniently for you, the photographer) be huddled in the warm, indoors, lit only by artificial light or in shadow or (worst of all) in dimmed 'atmospheric' lighting.

Under these circumstances, the new Xperia S will be as hamstrung as every other poor excuse for a 'proper camera' phone over the years. LED flash will mean that anyone moving so much as a body hair will be blurred, while the scene will be poorly lit and digitally 'noisy' because there's simply not enough light.

There are two solutions to capturing better low light photos - and the N8 embraces both wholeheartedly.

One is to have a larger sensor - the N82 went to a 1/2.5" sensor, the N86 to a 1/2.3" unit and the N8 to a whopping 1/1.83" sensor. Meanwhile the Galaxy S II, the iPhone 4S and, yes, I suspect, the Xperia S, are all stuck at 1/3.2". Tech advances have meant that the latter's sensor is more light efficient, to be sure, with back side illumination, but it's arguably not enough to compensate with the size difference to the N8, at least.

The second solution is the best one though, especially when your subjects are people - put in a proper flash. The N82 knew this back in 2007 and I still know of people who carried this phone in 2010 simply because it would capture the shots that no other phone camera could. Xenon flash is up to a hundred times brighter and (crucially) a thousand times shorter than LED flash. So it both lights and freezes a moment, even in pitch darkness. N82 fans moved, of course, to the N8 when it was available and haven't budged an inch since then. I know, I'm one of that number. 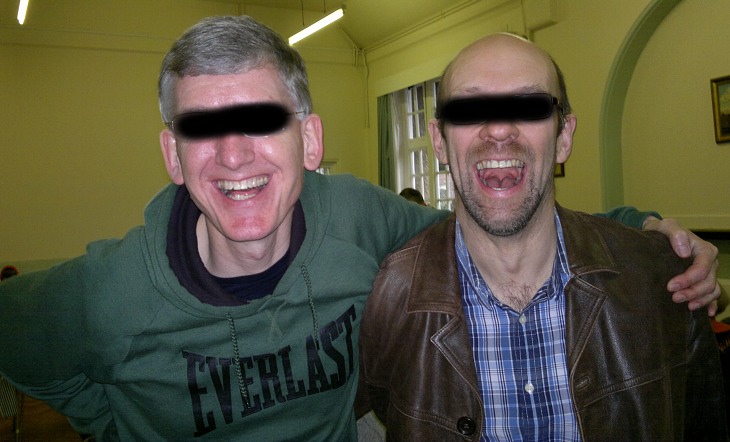 A typical indoors 'moment' shot at a recent event. Your phone camera has precisely a millisecond or so to freeze the moment. Small sensors and LED flashes need not apply.... N8 to the rescue here, the five year old N82 would have done just as well, though.

So yes, it's great to compare phone camerasm it's fun to explore their sample images in gory detail - hey, I've done it many times over the years. But let's have a proper comparison, a proper methodology. For example, as a bare minimum:

Simply taking photos in conditions that suits the phone you're trying to talk 'up' or sell just isn't good enough. After all, if you want to take super photos of landscapes, statues and lakes, then you'd have taken a standalone camera - and probably a tripod. It's the other use cases - people, pets, ad-hoc special moments, where phone cameras come into their own - and far too many phone camera comparisons fail to acknowledge these.