With all the teething troubles seen by the Qt application scene over the last year - at least at the cutting edge, geekier end - there have been times when all of us have had to go searching for and installing certain aspects of the Qt runtimes all over again. FixQt has been a great resource for such emergencies, but now the wider world has discovered a new tool in our armoury: QtInfo, previously available for developers prepared to sign it but now released to the great unwashed via Nokia Store. This reports back on exactly which Qt modules/versions are installed on a particular phone. See below for screens, notes and links.

You can download QtInfo, freeware, from the Nokia Store, or from its home page. It'll work as long as your phone is on Qt 4.7 or above - if your phone is too out of date, then see the aforementioned FixQt and go from there! 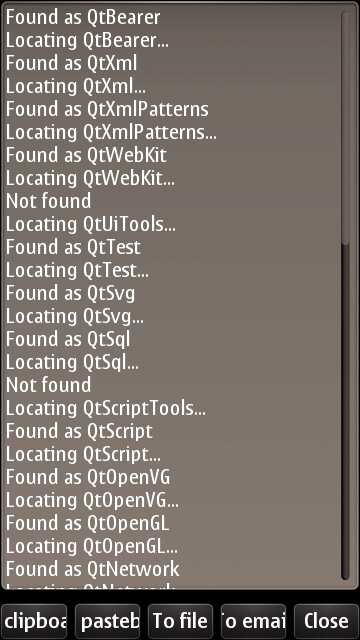 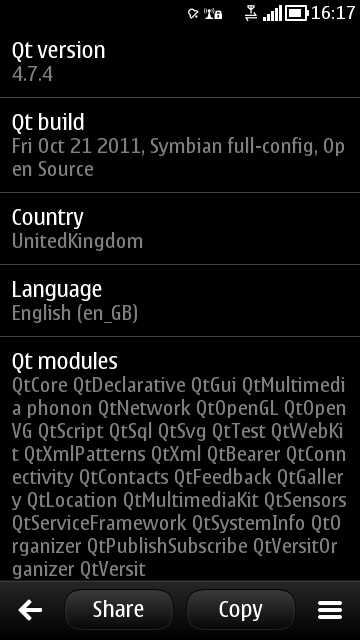 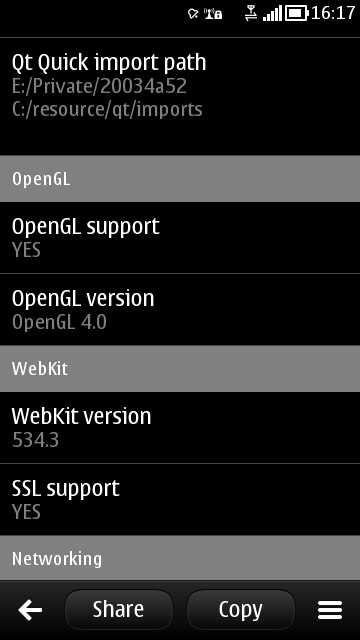 As the initial scan of your system folders is done, the log can be saved to clipboard, to pastebin, to an arbitrary file or straight to an email, which might be handy when troubleshooting a problem with an app developer. The scan takes around fifteen seconds.

You can then scroll through a multi-page report, displaying not only version and component information for Qt-related items, but also reporting back on the OS itself, right down to firmware and Webkit versions, and much, much more. 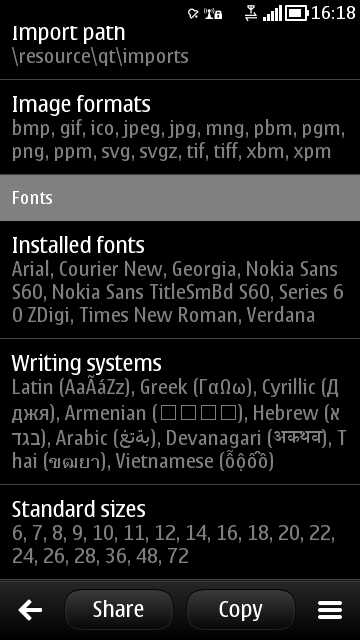 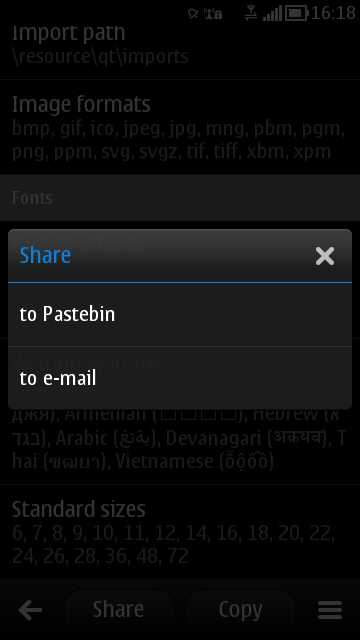 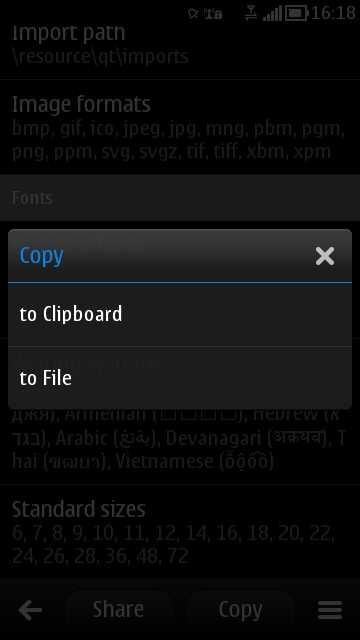 This extends even down to system fonts and there's a useful (if you're a geek) readout of folders being used for the various modules. As with the initial scan, there's the facility to save this information for later inspection. The choices are the same, but split here between two different mini-menus.

If the use of this utility makes your eyes glaze over then don't worry - this isn't for you. It's aimed at beta testers of apps, at early adopters, at geeks, anyone who wants to get to the bottom of why something won't work rather than just giving up and moving on.

Anyway, well done to the developers for getting this properly signed and adding this into the Nokia Store - I for one hadn't heard of it before!