After a month in beta, Nokia Suite (for Windows) has been formally released via the usual Nokia PC connectivity pages, replacing the former Ovi Suite. It's not just a name change though. In addition to the label, there are functional changes, we've included a brief changelog below. The new release version is 3.2.100, replacing the latest beta 3.2.98 that had been in Nokia Beta Labs.

The official changelog from Ovi Suite (v3.1) is listed as: 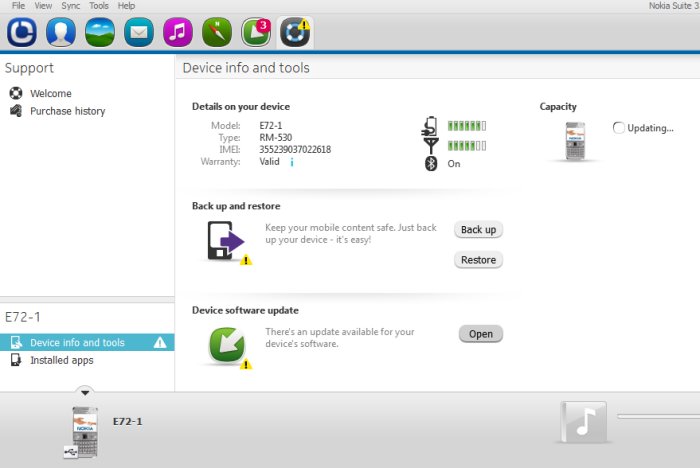 You won't be offered this .002 update if you're already running the latest Beta Labs version, but completists will want to grab the 88MB download anyway from the official download page

Supported mail, calendar and contact applications are listed as:

So very much Nokia best-ever Windows connectivity suite? It's running smoothly on my editorial PC.