The latest firmware for both the 5800 and 5530 are now rolling out and are available for over the air (OTA) update. The updates take the 5800 to version 60, and the 5530 to version 40. The update is mostly for performance improvements and bug fixing. However, Web has received a big update, taking it from version 7.2.6.9 to 7.3.1.33. This is only a few iterations behind the Symbian Anna browser, which is reflected in the updated user interface. Read on for screenshots and more details.

The OTA update was offered to one of our 5530’s yesterday, but then mysteriously disappeared before it could be installed. However, it reappeared today and the 6.9MB download automatically installed itself without a hitch. 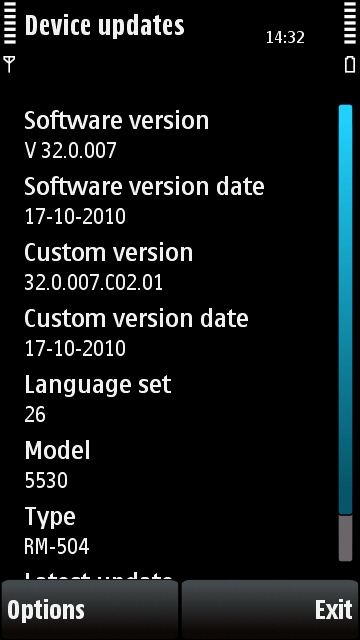 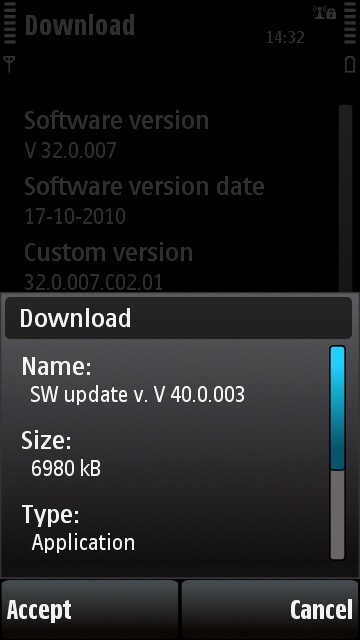 While it is difficult to objectively measure, the overall performance does seem to have improved. Particularly, the application menu seems faster; this was always something that was prone to stutter in S60 5th Edition. Page rendering in Web appears to be significantly improved too.

This highlights the point that even though Symbian is in its twilight years, older models are still being supported. Hence, a purchase of a Symbian device now, will be supported for as long as the device can be reasonably expected to be in use. 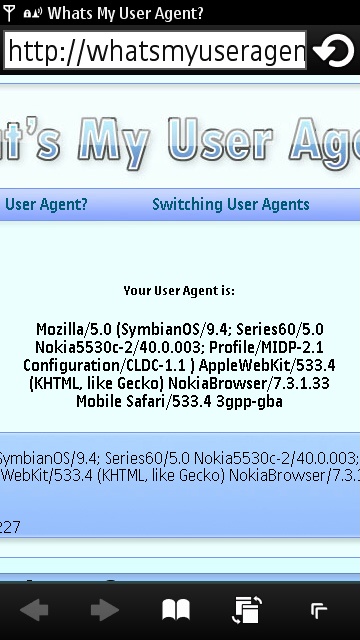 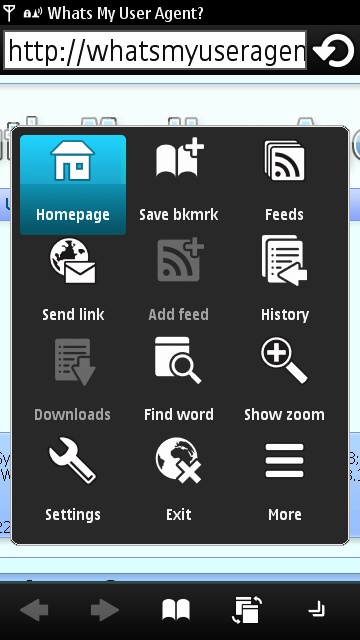 The new version of Web and its graphical menu.

The new version of Web now features the combined URL and search bar, as seen in the Symbian Anna browser. While this version is a few iterations behind that found on Symbian Anna (7.3.1.37), it has the same support for tabbed browsing. There is also a toolbar along the bottom of the screen with controls for back, forward, bookmarks, tab switching, and a menu launcher.

The usual caveats apply about backing up your data before performing an update, whether you use the Nokia Suite or perform an OTA update.

David Gilson for All About Symbian, 21 October 2011