Although we haven't seen a new version of Google Maps for Mobile (for Symbian) for an eternity now (it's frozen at v4.1.1), it doesn't mean that we Symbian users aren't benefitting from Google's back-end improvements, not least the ever-growing place and business databases, transit lines, better satellite and street views etc. Shown below is a recent addition, of real time traffic status for a whopping 13 extra countries across the world.

Of course, if you haven't yet installed this, then head to m.google.com in Web on your Symbian-powered smartphone and click on 'More' and then 'Maps'. Here are some real time traffic examples from two of the new countries, demoed on a S60 3rd Edition device: 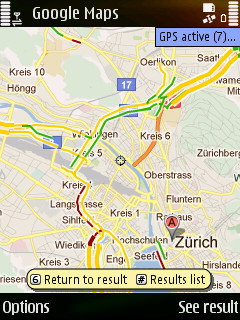 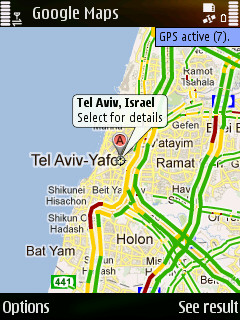 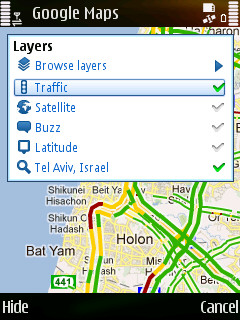 From the Google LatLong blog: