A video of an internal meeting where Stephen Elop, Nokia's CEO, shows off Nokia's first Windows Phone device, has been leaked on the Internet. The phone, which is codenamed Sea Ray, is running Windows Phone Mango and has a design similar to the recently announced Nokia N9. The leaked video is available on technet.hu, an independent technology website, which is based in Budapest, Hungary. 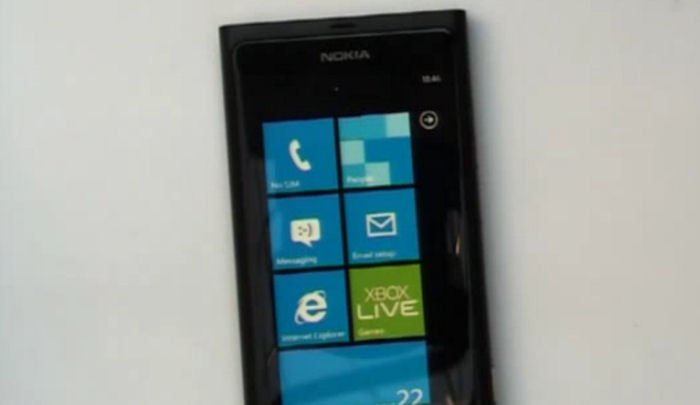 The video in question is of an internal Nokia company meeting, which took place recently (we think it was on Wednesday 22nd June). These meetings are typically recorded, with videos placed on the Nokia Intranet, so that employees unable to attend the meeting, or in other geographic locations, are able to view them. They are certainly not intended for distribution outside the company.

The most probable scenario is that a Nokia employee copied the video from the intranet and provided it to an external source. Some may suggest that this was a deliberate leak, but in my view this is highly unlikely.

We asked Nokia for a comment on the situation and received a brief reply:

"It’s our policy not to comment on our internal meetings – but we can tell you that we’re excited about the progress we’re making on Nokia with Windows Phone and look forward to the day that we can share it with the world."

Ultimately the video doesn't tell us much we didn't already know. Nokia is working on multiple Windows Phone devices, and is aiming to deliver the first devices to the market this year and they will be running Windows Mango. Given the comments around the Nokia N9 launch, about seeing the design innovation in other products, it was also a reasonable assumption that a design similar to the N9 would be used in a Windows Phone product. Nonetheless, Nokia's first Windows Phone product suddenly now feels a lot closer and much more real.