Google has finally updated their YouTube mobile client to work fully with Symbian^3 handsets, taking the client to v2.4.10 - you can now sign in and use the usual Favourites and account features. As a bonus and perhaps a nod to the increased graphics capability of the new handsets (or indeed Symbian in general - it's not stuck in the Stone Age, you know...), Google seems to be serving up a higher quality video stream (where appropriate, in terms of the source footage) - so it's a big win all round. Screenshots and comments below. 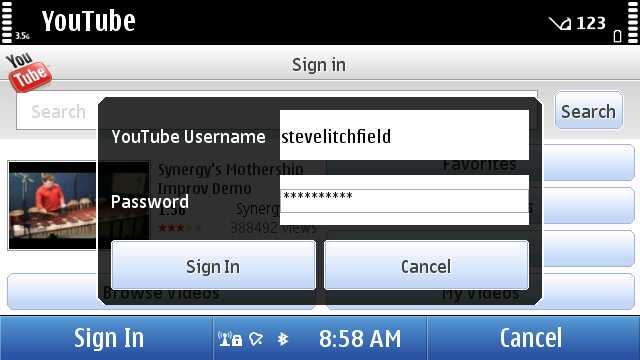 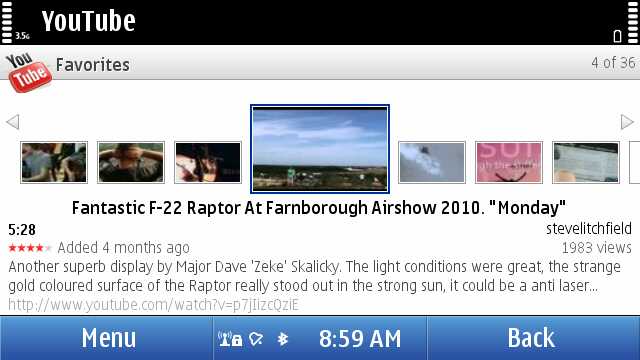 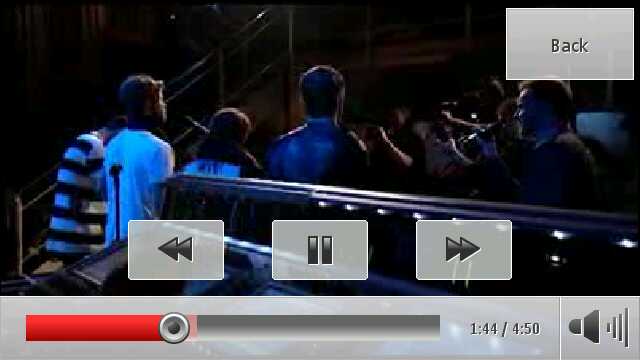 You can get the new YouTube client by going to m.google.com in Web and tapping on 'YouTube' (of course). It's a 2.5MB download and installs on top of any previous version. It's shown as available for all Symbian handsets, including S60 3rd Edition and S60 5th Edition devices, so go download now, especially if you have a higher resolution touchscreen phone.

This has been a bit of a hole in the 2010 Internet pretensions of the Nokia N8 and C7, so it's great to see it finally plugged, and in style. The video stream is definitely higher quality than the old up-sampled QVGA, introduced when the client first appeared back in 2007, but it doesn't seem to be as crisp and smooth as that on the higher resolution Android phones - if you've got the tech details on this, please chip in. Thanks.

PS. Hat tip to Jay for the heads-up