Seemingly now rolled out to all Nokia N8s (from an unscientific editorial survey!), there's a 3.3MB 'Phone apps' update available over the air, listed in the 'SW update' application. As you'll see from the screenshots below, the update 'improves the stability of the phone applications'. This should mean that the N8 runs more smoothly than previously, although most of the changes will be invisible to the end user. 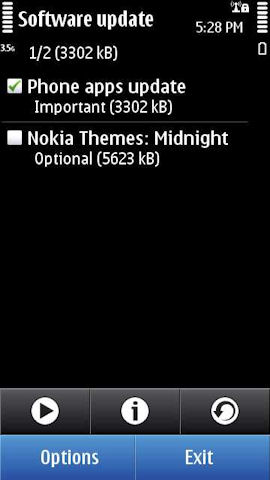 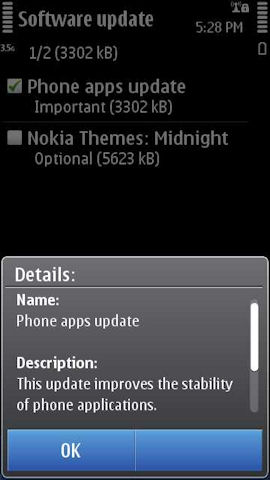 A little more of a clue from Nokia would have been nice here. Does this add back Ovi Store 2 and Nokia Social for people who have hard reset and seemingly lost core apps? Or is this just a load of bug fixes?