Nokia's next S60 music device, the X6, has been announced at Nokia World in Stuttgart this morning. It's going to be marketed as a music phone and the 32GB of storage is going to allow a huge amount of music to be downloaded, and is only available in a Comes with Music variant. But the 16:9 ratio capacitive touch-screen (at 3.2 inches in size) is going to be great for video playback and media browsing. More details to follow.

The X6 could be seen as the phone that addresses feedback from the 5800 and 5800 Comes with Music editions. From Nokia's press release:

"Pioneering new ways for the world to experience music, Nokia today announced the launch of the new Nokia X6. Capable of playing up to 35 hours of music, the Nokia X6 is a powerful entertainment device, combining 32GB of on-board memory with a slick 3.2" finger touch interface.

The ultimate device for music lovers and social butterflies, the Nokia X6 has a 16:9 widescreen optimised for photos, videos and browsing. With direct access to Ovi Store, the Nokia X6 is a hive of activity that brings 20 friends and virtual communities, like Facebook, to your homescreen." 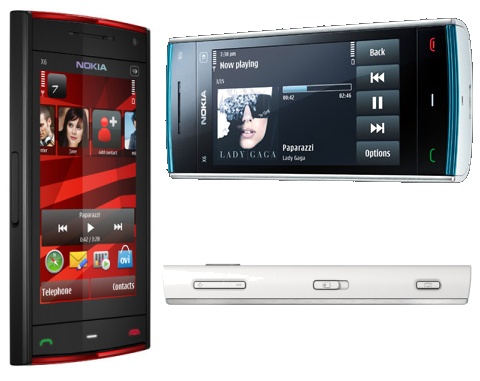 Music playback time: up to 35h 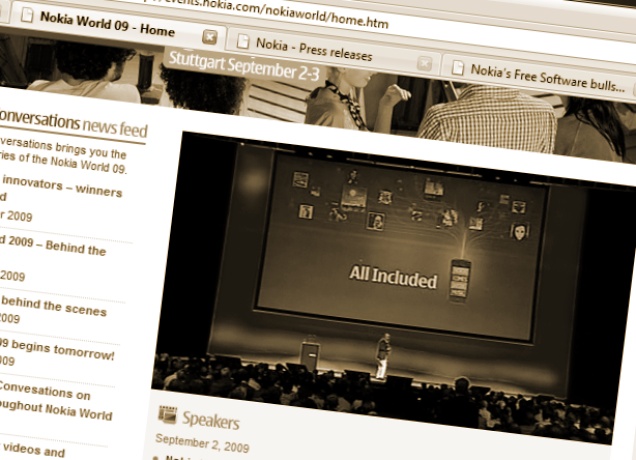 Also announced was the X3, the first S40 powered phone to integrate with the Ovi Store. While not a Symbian powered device, the fact it hooks into the Ovi Store is worth paying attention to as Nokia embarks on a full blown multi-platform solution.