Can You Bring Down A Tower With A Single Line of Code?

What if your phone could destroy an entire network base station with just a single command? Would you rework the OS so safeguards would be in place, or would you prefer to hold back every third party application, Canute style, hoping nothing gets through? The attitude of Apple and Symbian to this issue reflects the benefits of the open platform that Symbian and the upcoming Foundation promote, in my opinion. Read on. 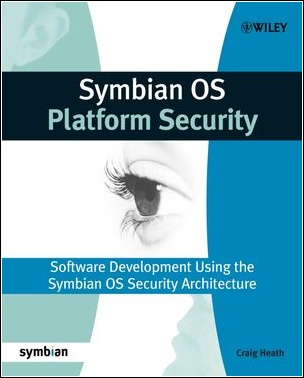 "A jailbroken iPhone can crash the cellphone tower and disrupt the major telecoms network," warned Apple in an interesting angle that is being reported by Wired. It's part of their deposition in a case to give consumers the legal right (in America) to 'jailbreak' their iPhones and open them up to third party applications not sanctioned by the App Store certification team.

Yes it is true that mobile phones have to connect to networks, and that's why networks put handsets through rigorous trials, and generally have their own customised firmwares in more advanced devices. But uncertified devices can connect to the towers (look at the trade in unlocked phones), and of course anyone with a suitable transmitter and MacGyvering skills could send weird messages to the transmitters and do their nefarious means.

This is something that developers of every smartphone Operating System have to deal with, and it's one of the hidden strengths of Symbian OS. The security model both for personal data and interaction with the rest of the world has matured over many years, and even required a change of codebase between v8.0 and v9.0 that required applications to be re-coded. The different levels of access to data and facilities, while creating a bit of a maze for certification for the developers looking for interactive applications, does mean that Symbian OS is one of the leaders in both protecting the wireless networks and proving developers with as much functionality as possible.

Talking about version 9 of Symbian OS, David Wood writes that [there is] “a comprehensive new “platform security” framework [that] builds on previous measures to defuse the threats of wireless malware (software intentionally or unintentionally {our emphasis} written to abuse personal user data, run up large phone bills, or interfere with phone or network performance).”

Now Symbian is not perfect, it still requires certification and testing in some circumstances, but the ethos of the OS is that if you want to develop something, go right ahead, we'll provide you the tools, and you can get the app out there in whatever distribution chain you feel works for you. It's rather like the cool uncle you had as a kid who let you climb trees, skim stones, and drive a double decker bus when you were eight. Contrast that with the almost stifling attitude of Apple who won't even give users and developers the option to make an informed decision.

Being open is more than just publishing the source code, it's something that has to run through an entire eco-system. In application development, I think it's fair to say that Symbian is one of the most open platforms available in the mobile space.

Filed: Home > News > Can You Bring Down A Tower With A Single Line of Code?